The Pirelli Foundation and Skyscraper Stories at Archivi Aperti 2021 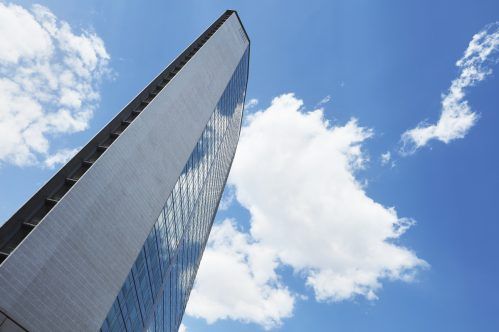 The new edition of Archivi Aperti (“Open Archives”) is set to run from 15 to 24 October 2021. The event is promoted by Rete Fotografia and this year examines the theme of the land and landscape, and the relationship with society in photography. A multi-view, collective discussion on the role of photography as part of a new model of sustainable development. We shall be taking part again this year, offering exclusive guided tours of the exhibition Skyscraper Stories: The Pirellone and a Sixty-year Celebration of Corporate Culture and the Regional Government of Lombardy, curated by our Foundation with the architect Alessandro Colombo. Through photographs, illustrations and archive footage, mostly from the Pirelli Historical Archive, the exhibition, which is promoted by the Pirelli Foundation and the Lombardy Region, Government and Council, tells the story of the building, which began as the headquarters of Pirelli and then became the seat and symbol of the regional institution.

The exhibition on the 26th floor of the Pirellone (with a catalogue published by Marsilio and a dedicated website 60grattacielopirelli.org), opens with a model of the building from the Gio Ponti Archives and is divided into five “movements”, from the construction of the tower to the present day. A timeline shows the most significant events in Italian and world history from 1956 to the present day. Photographs and top-name reportages, including works by Paolo Monti and the famous series by the Dutchman Arno Hammacher of 1959, which show how the building progressed, to a design by the Ponti-Fornaroli-Rosselli and Valtolina-Dell’Orto studios and the engineers Pier Luigi Nervi and Arturo Danusso. Tales of life in the building and descriptions of the interiors, design and work, are seen through the eyes of great photographers such as De Paoli, Aldo Ballo, Calcagni, and Dino Sala and of historic agencies such as Publifoto. During the years of the economic boom, the tower was the star in photo reports and fashion shoots by masters such as Ugo Mulas, and became a set for the new Italian cinema with directors such as Luchino Visconti, Michelangelo Antonioni, and Carlo Lizzani.

In 1968 Uliano Lucas immortalised an immigrant in front of the tower: a powerful, iconic shot that the photographer himself talks about in one of the video installations that accompany the visitor on this long journey, through the voices of those for whom the building became part of their lives. It is an opportunity to explore the architectural history of Milan and admire the city from on high.

Guided tours will be held on Wednesday 20 October and Thursday 21 October 2021, with three slots (2.30, 4 and 5.30 p.m.), and a special tour for families with children aged 6 to 10 in the 5.30 slot. Admission is free, subject to booking. Please write to visite@fondazionepirelli.org..

Come and see us!