Pirelli and Formula 1:
Back on Track! 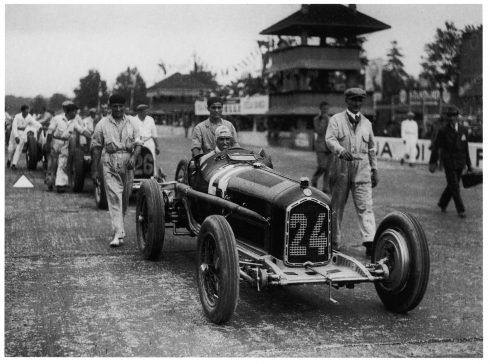 Formula 1 returns on 5 July 2020, and we will be following this unusual season, bringing stories of drivers, cars, and racetracks. Stories in which Pirelli has played its part, on circuits the world over. During the first and second weekend of July, the race will be in Austria, a circuit where champions like Nigel Mansell and Gerhard Berger raced, with Lotus and Toleman, in Pirelli’s thrilling F1 testing season in the 1980s.

The racing calendar will then take Pirelli to Hungary: a competition that harks back to the feats of Tazio Nuvolari, who in 1936, at the age of 44, triumphed with Alfa Romeo in Budapest, in the first Hungarian Grand Prix against his young rival Bernd Rosemeyer with Auto Union. For another two weekends in August, the contest will move to England, recalling the victories of Stirling Moss in his Vanwall in 1957 and Mansell’s later exploits with Lotus in 1983, Ayrton Senna with Toleman in 1984, and Nelson Piquet with Brabham in 1985. The Spanish Grand Prix will be held in mid-August, bringing to mind a race in Barcelona that took place nearly thirty years ago. It was in 1991 when a young driver with Benetton secured an excellent sixth place: his name was Michael Schumacher. After Spain, the races will continue on the Spa-Francorchamps circuit in Belgium, where a champion of the past, Antonio Ascari, drove to victory in his Alfa Romeo P2 in his very last race, in 1925. On 6 September the race will be in Monza, in Italy. Exactly seventy years ago in Monza, in September 1950, Nino Farina in his Alfa 159 fitted with Pirelli Stella Bianca tyres drove to an unforgettable triumph in the first ever Formula 1 World Championship race.

Races with their ups and downs but all with one thing in common: a passion for challenges, the driving force behind a new beginning, both on the track and off. The driver Tazio Nuvolari in an Alfa Romeo, 1934 The driver Nino Farina in an Alfa Romeo, 1950 The driver Stirling Moss in a Vanwall, 1957 The driver Nigel Mansell in a Lotus, 1983 The driver Ayrton Senna in a Toleman, 1984 The driver Gerhard Berger in a Benetton, 1986