Italy is still a ‘buy’ not a ‘sell’, thanks to stubborn businesses that won’t give up on growth 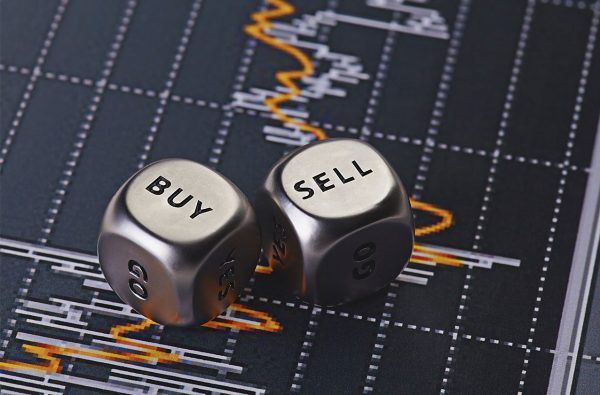 ‘Italy is a buy, not a sell.’ Francesco Daveri and Gianmario Verona use stock market terms to illustrate their outlook for Italy’s economy, ultimately claiming that, in spite of everything, our country is still a reliable investment. This despite its painfully slow economic growth, which has long been stuck in the ‘zero point something’ range, kept afloat by our exports, which are doing all right. And despite our growing public debt, because even in times of crisis we still manage to be bad debtors.

Daveri and Verona are respected economists. The former is the head of SDA Bocconi’s MBA programme, the latter the rector of Bocconi University. In an interview to Corriere della Sera (12 January), the two provided an unconventional take on the Italian situation, offering critical food for thought against the international chorus of detractors who see Italy as a point of crisis for the whole EU, backed by mainstream media like The New York Times and The Economist.

Daveri and Verona believe that fears of a possible recession have been blown out of proportion, since ‘in the last two years, Italy’s economy has remained more or less stable,’ and that after all, ‘its inability to grow at a decent clip is nothing new.’ We’ve been more or less stable for the past twenty years. And yet, even in such a scenario, many businesses, especially in the regions of the North, are innovating, investing, growing and changing their management approach (including many small and medium family businesses). With exports of 655 billion dollars, we remain the world’s eighth leading exporter behind China, the United States, Germany, Japan, France, Britain and South Korea.

We have proven ourselves a highly resilient country, and even in the South, currently in a crisis of de-industrialisation, there are dynamic examples, like ‘the lasting success of Bari’s mechatronics industry.’ While there’s no denying our country’s difficulties, Italy deserves interest and attention, including when it comes to major international investments. Another noted economist from Bocconi university, Francesco Giavazzi, speaks in critical tones but retains a glimmer of optimism. His piece ‘Tornare a crescere si può. Proviamoci insieme’ (‘a return to growth is possible: let’s do it together’), published on Sette, Corriere della Sera‘s weekly magazine, where he identifies ‘two different countries: one fighting over the pieces of an increasingly small pie, and another one that’s competing in the world.’ He also insists on the need to help businesses grow, develop 4.0 technologies, and ‘redistribute the resources of unproductive companies to productive ones,’ through carefully-chosen fiscal and industrial policies. He acknowledges that ‘these reallocations come at a cost,’ both social and political, breaking habits, shifting balances and upsetting customers and expectations. But ‘it’s a price worth paying’ for the sake of development, jobs and prospects for young people.

Within such a framework of cautious, critical optimism about Italy, there’s another voice that stands out, namely that of Marco Fortis, the current vice president of the Edison Foundation and one of the country’s leading experts on real economics. In a recent Il Sole 24 Ore article on Italy’s GDP overtaking Germany’s, Fortis analyses long-term trends and notes that between 2015 and 2017 ‘our manufacturing sector created more added value than Germany’s or France’s, sustaining investments,’ whereas ‘the 2010–2014 period was marked by excessive austerity that stunted economic growth.’ It’s therefore paramount to believe in our industry, in order to reignite growth and balance our debt and deficit. So, not cuts (other than to unproductive public spending), but productive investments. This is a clear example for all of Europe’s strategy.

But what should we make of these interesting perspectives? Nobody, of course, can deny that stagnation exists (as further confirmed in a report released yesterday by Confindustria’s research centre) and that Italy’s productivity has long been at a standstill. Equally worrisome is the data revealing how even the country’s more industrialised regions – Lombardy, Emilia-Romagna and the North-East – have been slowing down (and Assolombarda’s recent reports also confirm this trend). In terms of employment, it’s true that jobs have increased, but hours worked have not; a sign of worsening conditions, salaries and productivity. Indeed, the perceptive and well-informed journalist Dario Di Vico has written about ‘the strange case of the divorce between GDP and employment’ (Corriere della Sera, 11 January), describing ‘a boom in odd jobs, the crucial issue of a weak third sector, with low added value, and a slowing industrial sector.’

And yet, despite everything, there is margin for recovery (the government is forecasting that GDP will rise by 0.6% in 2020), although certain ‘economic fundamentals’ mustn’t be forgotten. But how? Through the ‘paradigm shift’ our economy needs, founded on principles of social and environmental sustainability, centred on the Green New Deal so dear to the EU, and relying on measures to combat social inequality and improve training, towards a true ‘economy of knowledge‘. Many of our businesses have fully embraced this approach, since it reflects their own social and cultural values, their focus on inclusiveness and welfare, and their awareness of the close link between competitiveness and solidarity (as documented in recent studies by Symbola and the Confindustria’s research centre).

The growth, even in these rough times, of the more dynamic among our companies (the same ones the economists mentioned in this blog are looking to) speaks to a certain innovative strength in large sectors of our economy, capable of standing up to the competition. This was addressed by Federico Fubini in Corriere della Sera on 13 January: ‘The drowned and the saved, the businesses that are resisting recession: pharmaceutical, cars, food and drinks have returned to pre-Lehman levels, partly through aggressive and above-average investment policies,’ even though ‘four fifths of the manufacturing sector is still lagging.’ In summary, we should be concerned, but not desperate. It’s also important to note that all this is happening at a time when the government appears uninterested, if not downright hostile, towards businesses. Such hostility is irresponsible and a major political mistake. But businesses are nevertheless fighting back, in whatever way they can.

Something else to consider is the encouraging signs of life popping up throughout Italy, even in the South (albeit much more sporadically), which reveal a strong desire to break free from the muddy waters of recession and the irresponsible rhetoric of ‘unhappy degrowth’. These are all things the political class needs to look at very carefully and with a deep sense of responsibility. Italy’s businesses, workers and young people deserve a government capable of supporting the good they are producing, bolstering hope and realistic desire for change rather than feeding despair and resentment with cynical propaganda about the crisis. In other words, we need to let Italy become a buy, not a sell, in spite of everything.

Philosophy, ethics and technology: taking care of the ‘infosphere’ and building a synthesis between humanism and science from school on
The innovation of Scribit and other domestic and space robots
Introducing the shining light of Italian industry, with the power to create new jobs
In industry, the skills are lacking for 355,000 new jobs.
There is a major mismatch between the positions offered by businesses and the training level of employees
Load more
Grazie per la tua richiesta
Abbiamo preso in carico la tua richiesta, il team della Fondazione Pirelli ti contatterà per confermare la disponibilità.
Grazie per la tua richiesta
La prenotazione al momento non è disponibile.
Thank you! Registration was successful!
We have sent you an e-mail to the e-mail address you provided. Click on the link inside to confirm the registration.
Register
Already registered click here
Warning! Check the correctness of the data entered.
Enter
Forgot password? click here
Warning! Check the correctness of the data entered.
Forgot password?