The “beautiful factory”, the industry of the big brands and the “Manifesto for engineering humanism” 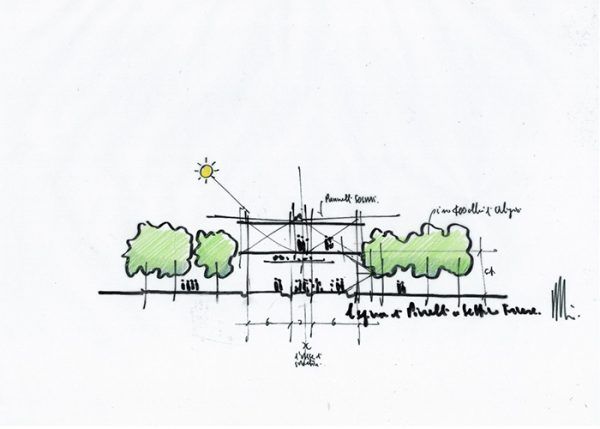 The “beautiful factory” is one which is well-planned, bright, welcoming and inclusive, secure and sustainable from an environmental and social perspective. It must also be “intelligent”, according to the digital paradigms of the “Industry 4.0” concept. It is the factory where we can produce the best made in Italy goods from the mechanical and rubber sectors, from the chemical and pharmaceutical sectors, from furnishings, food and clothing, those “beautiful things which the world loves” identified, as an original characteristic of Italian industry, by that major historian of the economy, Carlo Maria Cipolla. The definition of the “beautiful factory” meets with the agreement of Aldo Sutter, backed by a solid history of family entrepreneurship, as a leading group in Europe specialised in sustainable and biodegradable household and cleaning products: “in the global markets, this is our identity and our future”.

Sutter is chairman of the IBC, the Association of the consumer goods industry, with 30,000 companies on its books, including all the big brands which mark our daily lives as consumers. Over the last few days he has organised the association’s annual assembly in Milan. And he placed a heavy emphasis on the criteria of sustainability and the responsibility of companies to improve the quality of economic growth, in order to help define new paradigms for development.

Sustainability is thus the key word. A major theme from the “civil economy” (we have discussed this many times in these blogs) which picks up on the political and technical thinking of the economists of the Neapolitan and Milanese Illuminism (Antonio Genovesi, whose “Lessons of civil economy” were re-published in 2013 by Vita e Pensiero, with a preface by Luigino Bruni and Stefano Zamagni, but also Ferdinando Galiani and the Verri brothers), of the Nineteenth Century “Il Politecnico” journal by Carlo Cattaneo and of the best experiences of the industrial 20th Century (Pirelli, Olivetti). Today it constitutes a core feature of the original contribution by Italian industry to an economic development founded on quality, social inclusion and the breaking-down of inequalities.

Industry as the driving force for a better balance between innovation, competitiveness and solidarity.

Industry, too, as a place where we can experiment and try to construct a new “machine civilisation” in a period in which the digital revolution, robots and manufacturing and sales processes guided by algorithms are overthrowing old habits of production and consumption, and are increasing competitive opportunities but also creating new inequalities from many perspectives: work (traditional specialisations and professions are disappearing yet we still do not know how they will be compensated by new jobs), profits, sundry knowledge, health, participation arrangements and perhaps the fundamental criteria of representative democracy themselves (to find out more on this subject it is useful to read “Homo premium – Come la tecnologia ci divide” (Homo premium – How technology is dividing us) by Massimo Gaggi, an editorialist at the Corriere della Sera newspaper, Laterza).

Sustainability and responsibility. These were recurring terms, in the past few days, also at another important rendezvous: the first “Sustainable Economic Forum” promoted last Thursday and Friday by the San Patrignano Foundation (to celebrate the 40-year anniversary of the Community) and by the Confindustria industrial federation. The recurring ideas: “Green” bonds (bonds linked to projects with a positive impact on the environment), and partnerships, in the sense of cooperation between public sector/private sector and profit-making/non-profit-making organisations for projects of social utility and welfare at company level or local area level. With several extremely clear basic ideas: sustainable development and company responsibility for regenerating a “sense of community”.

“We need to think about a different future, one which needs to be well-built based upon the concepts of sustainability and responsibility. For that we need a new model of economic and social development: following the crisis of 2007, the limits of our architecture for growth became clear and we need a system based upon subsidiarity, which rewards those who invest in social responsibility”, declared Letizia Moratti, the co-founder of San Patrignano, making their “Forum” into a “laboratory for ideas and proposals and a call to action” (“Corriere della Sera” and “IlSole24Ore”, 13th April). Meanwhile, Vincenzo Boccia, chairman of the Confindustria, stated: “Inclusivity forms part of our thinking. And it is our duty to regain the sense of community which has been lost. We need growth which is more inclusive, in order to reduce disparities”. Precisely those social, profit, geographical and inter-generational disparities that the OECD too recently highlighted for Italy, considering that the growing inequalities act as a brake on its economic development.

A change, then. This is where another heavyweight in the corporate world enters the ring – Federmeccanica, the association of engineering industries within the Confindustria. Already one of the protagonists, alongside the trades unions for the sector, CGIL, CSIL and UIL, for an innovative labour contract based on training, corporate welfare, and salary increases tied to productivity, Federmeccanica is now talking about a “new engineering humanism”, that is to say a new corporate culture which is actually at the heart of the “digital revolution” which is changing factories and working practices, and which places an emphasis on a true “set of ten commandments” of undertakings and responsibilities. The priority: people.

For a long time, we have been talking of “industrial humanism” and a “new industrial renaissance”, including in the best economic literature, as we seek cultural levers to escape from the Great Crisis and recreate the focus upon an industrial economy,and on the factory, in the battle against the excesses of financial speculation. Now, with the pronouncements of Federmeccanica, we have taken an important step forward.

These are the ideas from the “Manifesto for engineering humanism”: “Improve competitiveness; invest in people by using teaching and training; safeguard health and well-being; promote security and the protection of the environment; link salaries to company productivity; involve workers in the life of the company; motivate the young; recognise and assert the role of women; actively defend employment; be European”. Challenging headings, for ten commandments with a major strategic ambition. But also practical pointers, for how to do things and things which are worth doing.

Here is one example: “An intelligent factory is based on the contributions of men and women who, thanks to their work, can develop their own professionalism and their own personality, contributing through their own competencies, attitudes and values to the success of the company”. People and values. “Humanism” is an appropriate term.