Villages and suburbs need to “mend” to be brought back to life, with the digital economy, 5G, better quality of life and jobs 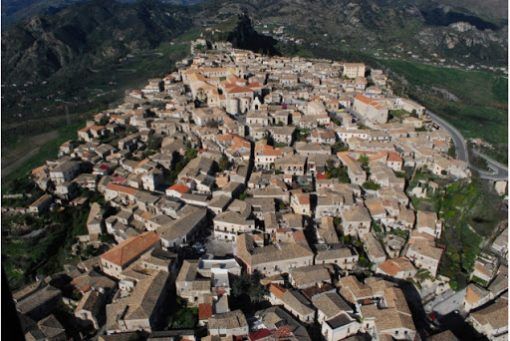 The beauty of Dante’s Italy, the literary geography of the towns and cities that fill the pages of the Divine Comedy (just written about by Giulio Ferrini in a fascinating book for the publisher La nave di Teseo). The beauty of the places visited by European aristocrats and intellectuals on the Grand Tour, including Johann Wolfgang Goethe (“Italy without Sicily leaves no image in the soul: here is the key to everything”). In Guido Piovene’s book Viaggio in Italia for Rai and Corriere della Sera”, he goes from Bolzano to Palermo at the end of the 1950s, between reconstruction and the economic boom. It is a fragile country, but one with a strong character that withstands the most dramatic tensions in its history. Testori and Meneghello’s Northern souls, Magris’s sea at Trieste and the sea round Camilleri’s island, Crovi, Guccini, Nigro and Lupo’s Apennines, not forgetting Carlo Levi and the engineer-poet Leonardo Sinisgalli who were inspired by the nostalgia of Basilicata and Lombardy’s industrial vigour. In “Viva l’Italia”, Francesco De Gregori sings of villages and big cities. The Italy of science with Giulio Natta‘s Nobel Prize in Chemistry, Rita Levi Montalcini’s Nobel Prize in Medicine and their impressive roster of heirs. The dynamic Italy of business, whose citizens have been “accustomed to producing beautiful things that the world loves, in the shadow of bell towers, since the Middle Ages,” as Carlo Maria Cipolla so well put it. Industries with strong roots in their places of origin and an innovative outlook, open to international markets. This is a portrait of Italy. With its variety of landscapes and attitudes, it has a mixed identity and a pride in its diversity, a sense of unity that you can see when one Italian looks at another. Italy is a living kaleidoscope.

Italy’s provinces, which are often anything but provincial, now find themselves working to redefine their own future. The most responsible quarters know they must commit themselves to making good use of the 200 billion euro EU Recovery Fund, to fundamentally change their models of economic and social development. To do this, they must move towards a green and digital economy, in other words environmental and social sustainability together with profound innovation in factories, services, consumption and lifestyles.

It’s the name given to the strategy by the European Commission in Brussels that we should note: “Next Generation”. A better future for our children and grandchildren, with long-term investment in schools, training, research and new “clean” technologies. The Italy of dynamic, competitive cities which are open and inclusive (of which Milan may well be a model), and towns that need to be brought back to life, so that widespread industry and extraordinary community culture can play on conducive ground. An Italy that shows itself to be not the “brothel” vilified by Dante, but “the key to everything” described by Goethe, between Northern Europe and the Mediterranean, as in the greatest moments in its history.

From being closed in our homes and working remotely (which is really only partly smart, but still linked to digital connections), a fear of crowded places (a neurotic but stimulating characteristic of large cities) and passion for open spaces, nature and gardens, the pandemic has put the idea of a useful division back in our minds. This could potentially mean a different economic and social geography, with the relocation of many activities and a change in personal and family practices, dividing time between cities and small towns. If you can work remotely, why go through the rigmarole of rush hour traffic (and there will be no more rush hour, or almost none), crowded trains and tubes, identical timetables for everyone, living and service choices where hurried, busy humanity is concentrated?

It is true that for some time, the end of the “Fordist” working era has partially changed habits and lifestyles. Now the pandemic has accelerated the process, encouraging people to take up remote working and forcing people and companies to rethink time structures, production processes and service methods. This has led to the rediscovery and revaluation of Italy’s villages, towns, provinces, countryside, hills and even islands. A change in the living and production paradigm will go ahead, encouraged by an appreciation for “soft mobility” and the rethinking of residential forms and functions that are more geared towards “well being”.

For years, prestigious associations with rich environmental and beauty cultures (the Touring Club, Fai, Symbola) and intellectuals with international and vast experience (Renzo Piano with his idea of “mending” the suburbs, Stefano Boeri with the rediscovery of the Apennine villages), far-sighted public administrators and entrepreneurs with a strong civic sense (Dallara in the Emilian hills thanks to the commitment of its CEO, Andrea Pontremoli, Loccioni in the Marche, Cucinelli in Umbria, Carrano in Basilicata and many others) show how Italy, with the cultural and professional wealth of its regions, is already well on its way to designing a different and sustainable quality of production and life. A country to be saved from the risk of decay, villages to be rescued from trends of abandonment. In short, a heritage that can be regained and enhanced.

It’s true that there are problems to solve, even some with great impact, from digital connections to interconnections, to the efficient redesigning of production methods and industrial relations (also radically innovating employment contracts, linking them to productivity results rather than time working in the factory or office), to widespread services (schools, health and leisure). Not all jobs can be “remote” but many, certainly smart ones will be transformed by digital tools. It’s definitely something to think about and reform. The map of economic geography must be redrawn – it’s an extraordinary social and cultural challenge, as well as an ethical one – highlighting a characteristic of Italian history and civilisation: multi-centred and with an aptitude for the rich complexity of interactions.

The recommendations of the Recovery Fund (environment, innovation, social balance, education, energy, research) are ideal for such a task. Woe betide those who waste it.

The 5G network (high speed digital connections) will be part of this strategy, leading to a great change of production and service assets all over the country: if it is managed efficiently, transparently and with attention to the quality of public services, it could be the key tool for Italian development and for linking big cities and small towns, the North and the South, and businesses with markets. It would increase the opportunities for Made in Italy in even the most remote places in the mountains and on the islands. Between smart working, distance schooling, health monitoring and access to all the opportunities offered by the network, it would guarantee the effective participation of everyone in production and cultural life. This is exactly how the Recovery can truly mean reconstruction, restart and recovery. Creating more balance than in the past with its fragility and crises.