Culture as an innovative factory, a stage for social adhesion: this is why Settimo Torinese wants to be the “capital of 2018” 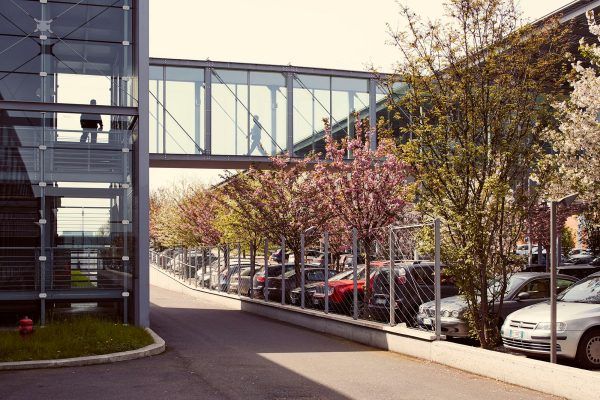 Culture as innovation, hospitality, technology. And as a tale, starting with theatre. These are the motivations for the candidacy of Settimo Torinese as “capital of culture for 2018”, with a file that was officially presented to the Cultural Heritage Ministry on Thursday 30th June. A challenging candidacy, a challenge on the part of a city that “has no palace, no castles, no famous cathedrals, no Renaissance frescoes, no Savoy family residences”, but it can use as leverage its factories, research laboratories, migrant hospitality centres, public and private libraries, packed with visitors, and theatrical traditions. “Polytechnic culture”. And “industrial humanism” (we had already discussed this in our blog on 14th June).

Following Mantua this year and Pistoia for 2017, now comes Settimo Torinese’s proposal. Strong, original, provocative, “anomalous”, according to Elena Piastra, Vice Mayor of Settimo Torinese appointed to Culture, who is driving the initiative. Very useful, however things pan out, to discuss the relations between culture, industry, architecture, urban and social transformations, suburbs which, through culture itself, build a way out of marginalisation. Indeed, just as Settimo Torinese has done and continues to do.

“We were a former dormitory on the outskirts of Turin, and now we want to become a capital of Italian culture” its promoters explain. Indeed, the candidacy “plays on culture not as an inheritance from the past, but on the values of a suburb that welcomes migrants, creates innovation and research, investigates solutions for cultural integration and economic development”.

Here is a key word: innovation. In the widest sense of the word. Not just hi tech and “digital”. But also manufacturing innovation (factories, in fact). As well as social innovation. “Settimo Torinese was a town of dry cleaners with around 13 thousand inhabitants, who between the 1950s and the 1960s saw the arrival of 30 thousand people originating from Polesine and Southern Italy”, the Municipality would have it. And “today, history repeats

itself, with more migratory waves. Here in Settimo, you’ll find the Fenoglio Centre, the largest hub of Initial Hospitality for Asylum Seekers in Northern Italy. The similarity between the pictures taken during the 1950s, with emigrants from the Veneto and the South of Italy arriving with their boxes and carrying suitcases on their heads and their children on their hips, and those snapped today, with migrants getting off coaches, is extraordinary: the same boxes, children, suitcases, destination Settimo Torinese. “It is as if welcoming migrants were in the very DNA of Settimo Torinese”, the promoters state. Popular culture.

With such massive immigration, everything was set for the city to become a social melting pot. Instead, and indeed thanks to culture as an engine of social cohesion, the suburb began its very own redemption scheme. Theatre, literature, pictures. During the late 1970s, Settimo was home to the birth of the “Teatro Laboratorio Settimo” (Settimo Theatre Workshop) experience founded by Gabriele Vacis and where the talents of Laura Curino, Marco Paolini, Alessandro Baricco, Roberto Tarasco and many others developed. Culture quickly became an extraordinary tool for aggregation, integration, growth and development of the territory. Innovation, in fact. “For decades – reports Vacis – here we tried to practice a culture that was not merely ephemeral and based on events. But rather a culture as memory and innovation in industry. A culture as the creation of relations, community, society. A culture as beauty that is not just about inventing shapes, but interaction, inclusion, participation. All this has saved a suburb that was truly set to become an undesirable banlieue. Now Settimo can be lived in and considered the tip of the iceberg for many other suburbs who have and who continue to create culture”. Theatre that discusses work. And work that animates the large stage. As testified in fact by “Settimo – La fabbrica e il lavoro” (Settimo – The factory and work), a performance by the Piccolo Teatro di Milano, directed by Serena Sinigaglia, with the support of the Pirelli Foundation, resulting from the eye-witness accounts of workers, technicians and engineers from the Pirelli Industrial Pole and which proved successful amid critics and audiences during the 2012 season.

Culture also as sustainability and “green economy”. It is worth remembering – the promoters say – that in 2007 Woodrow Clarke, winner with Al Gore of the Nobel Peace prize, included Settimo Torinese as part of the 10 world centres (and the only Italian example) for the practice of energy saving and exploitation of renewable sources. “Green” land. “Green” companies. After the 1980s crash, recently the public-private partnership has led to “a new model of re-industrialisation with a modern twist, focusing on research, innovation and sustainability. Three major multinational brands such as Pirelli, Lavazza and L’Oreal have not only delocalised but have invested hundreds of millions of Euros in Settimo itself to renovate and gentrify their factories”. “Beautiful factory”, says Vice Mayor Elena Piastra. To return to a topic which is dear to improved corporate culture and to indicate a virtuous path amid architectural quality, quality of life, productivity and competitiveness of industrial plants, with a view to achieving environmental and social sustainability. The Pirelli Industrial Pole, “wired” with the research and service laboratories designed by Renzo Piano is an outstanding example. Indeed, Piano himself is among the main supporters of Settimo’s candidacy as “capital of culture”.

A handful of abandoned factories have been converted to create new, stimulating cultural places. La Siva, the chemical factory where Primo Levi – the master writer not just of the tragic fate of survivors of the Holocaust but also of the pride of workers and technicians during the economic boom – had worked becomes “a new cultural space of the city dedicated to Levi the amazing chemist who wrote “The Wrench” and “The Periodic Table”. Also the Archimede Library, housed in the former Paramatti paint factory, is one of the largest and most innovative facilities in Piedmont, with over 400,000 users each year (almost four times the national

average) and 140,000 loans (approximately three times the national average). A system connected to corporate libraries (the one at the Pirelli plant in Settimo first and foremost). Culture as reading, sociability, relations. A system that is worth being recognised and, why not, rewarded by becoming a “capital”.