Europe in spite of everything.
This is the choice that the government must make for development 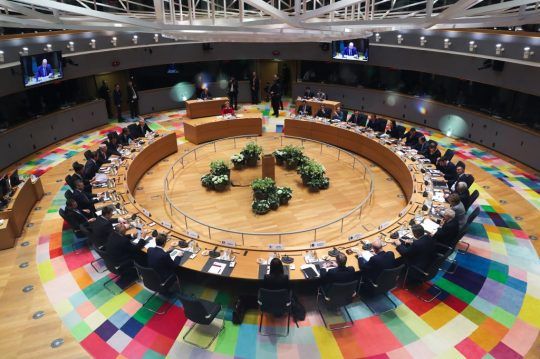 Europe, in spite of everything. The end of the gruelling European Council session in mid-July, saw the EU enter a new phase, after years of Maastricht parameter orthodoxy in its accounts (but only ever on the debt and deficit of the Mediterranean countries, never on the trade surpluses of Germany and Holland) and ordoliberal ideology. An EU, finally, capable of a common strategy to face the dramatic Covid-19 crisis and recession. Now strong with a far-sighted Recovery Fund vision, wisely called the “Next Generation“, determined to share, thanks also to funds from the markets, a development policy with two very clear guidelines, the green economy and the digital economy. This means sustainable environmental and social growth and innovation based on the best paradigms of the “knowledge economy”. This is a Europe on the move towards a robust political subjectivity, precisely at the time when nationalism is taking hold, with a backdrop of trade wars, clashes between the US, China and Russia, all with new selfish agendas and playing rough on the world scene.

Europe is paying attention and taking action. This in the face of the breakdown of Brexit talks, the tensions brought by Turkey (still a NATO partner) to a restless Mediterranean, still at odds with European countries, and despite attempts by an antagonistic “America First” ideology to create division between EU countries.

Now, we need “a Europe that inspires emotion“, Angelo Panebianco hopefully declared on the front page of the “Corriere della Sera” (27 July). The EU was founded on growth and the affirmation, despite a host of difficulties, of two economic pillars, the common market and the common currency. Now we need to take a step forward to a more solid political union, giving new generations both space and perspective on the values ​​that marked the European historical experience. “Open society with its civil and economic freedoms, liberal democracy and the rule of law are the common heritage of the western world. They can only mobilise emotion when public opinion (or a significant part of it) senses its own fragility, when it is put in a position to understand what dangers it runs and what the impending threats are” notes Panebianco. And these threats not only come from outside, from regimes marked by robust tendencies towards authoritarianism or those which are clearly totalitarian, but also from within the EU itself, from the countries where civil and personal rights are currently being eroded (such as Hungary and Poland), where Brussels has the responsibility to be clear in its words and its consequent choices.

At the beginning of the Fifties, Ernesto Rossi wrote to Sergio Siglienti, president of the IMI (the institute managing the Marshall Plan funds) and the ABI (Banking Association), that Europe “cannot do this on the cheap”, in order to solicit the necessary investment to grow a solid Europeanist culture. This warning still holds true today.

Europe and especially our younger generations do not deserve a Europe on the cheap today. The political foolishness and short-sighted projects of those who still, both in government circles and the opposition, move in confusion with hasty ideas about the use of the 200 billion Recovery Fund for Italy, vainly arguing about the use of the Mes 37 billion (essential to give strength and efficiency to our health service, despite all the ideological propaganda on part of 5Stelle), means there is still no well planned use for funds coming from the “budget deviations” and the protective umbrella of the ECB on Italian public securities (more than 200 billion).

It is a matter of making clear, concrete choices, consistent with a strategy of deep reform and development of the country. This does not mean an avalanche of pay-outs, such as the raft of welfare schemes rolled out by the ill-fated Lega-5Stelle axis government of last year (basic citizenship income, the 100 quota for pensions, contributions for customers and corporations) but real plans for reform and action based on the Brussels’ guidelines for the Recovery Fund. Our “homework” is to live up to the EU’s strategic choices and to adequately provide for a deep renewal of our country.

On this level, the Conte government moves between uncertainty and political chatter about committees, useless parliamentary “Bicameral Commissions” and the temptation to put in place new harmful subsidies. The president of Confindustria Carlo Bonomi was right when, in today’s “Corriere della Sera”, he called for reforms (tax, public administration) and productive investment.

This is the turning point of a European Italy, its ability to set the development machine in motion, after a long season of “zero growth” and, now, the pit-falls of the post-Covid-19 recession. This implies responsibility in choices on productivity, competitiveness, innovation, school and lifelong learning, environment and sustainability. And, of course, active labour policies, not so much to protect current jobs and wages, but to move towards job creation with assistance and training today, new businesses and new jobs in the near future. Quite the opposite of the aid that was so crucial for 5Stelle.

The government is at a crossroads. It can take the road of development, thereby gaining the attention and trust of the general public, or yet again miss another opportunity to do good for the country. This will be an August of choices and a difficult and demanding autumn in sight. Now is the time for the politics of doing, and doing well. Finally.