Mafia interests are taking advantage of the Covid emergency, buying businesses in crisis and doing deals to the detriment of health 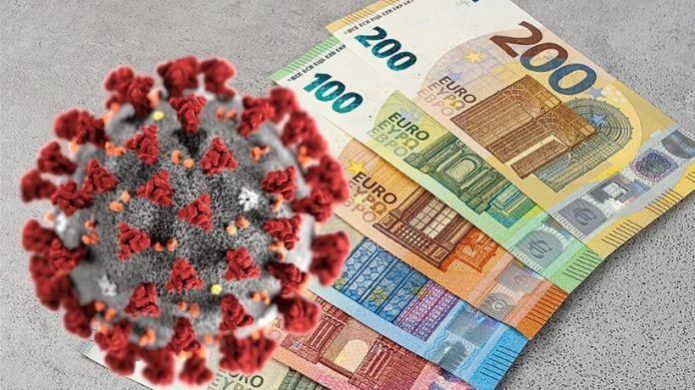 500 billion euro. This is the astonishing figure that reveals the resounding economic weight of the ‘Ndrangheta, Camorra and Sicilian Cosa Nostra’ organised crime syndicates. 500 billion euro of cash of criminal origins, “cleaned up” and re-directed through the trafficking activities of a Calabrian entrepreneur into an infinite number of investments in half the countries of the world. This figure is what has come to light from the investigation carried out by the DDA (the Direzione distrettuale antimafia, or Anti-Mafia District Directorate) of Reggio Calabria on Roberto Recordare, a businessman from Palmi, who has close links with local ‘Ndrine (units of the ‘Ndrangheta), as well as a range of international relationships with banking and tax havens (La Stampa, 28 November). And the operative leverage for this is a software and computer services company based in Malta with a very fitting name, Golem (the mythological clay giant with no soul or intelligence but with immense strength, obedient to its master’s orders).

500 billion is a lot of money. 30% of Italy’s annual gross domestic product. Or, to put it another way, more than double the amount made available for Italy by the EU Recovery Fund, the plan touted to bring us out of the depths of the Covid crisis and the recession within the space of five years. Or, to offer a final comparison, the equivalent, more or less, of the capitalisation (or in other words, the value of the shares) of the top 25 companies listed on the Milan Stock Exchange (Enel, Eni, Banca Intesa, FCA, Poste, etc.).

These comparisons are, of course, approximate, and certainly not scientifically rigorous. But despite this, they serve to provide readers with some idea of the terrible, dramatic economic force that organised crime continues to accumulate through the illegal activities in which the various clans are engaged (drugs, human trafficking, arms, recycling of polluting waste, illegal betting, speculation on public procurement and services, etc.), the proceeds of which are reinvested in apparently legitimate activities, thus disrupting markets, legal affairs, the activities of businesses that are above board, and the very function of public administration bodies. In summary, 500 billion euro of ‘Ndrangheta, Camorra and Sicilian Mafia money damaging our life and work, the environment in which we live, our health and the future of our children. The crazy wealth of Mafia organisations, to die by their hands.

The investigations (with extensive bugging and wire tapping, from which the investigators have gleaned data, information on investment schemes and partnerships, but also threats, and a scornful laugh at Daphne Caruana Galizia, the Maltese journalist murdered while investigating the affairs of Mafia clans in Malta) will reveal over time exactly how the criminal dealings run by Recordare and his accomplices functioned. And perhaps the work of the magistrates and investigators will make it possible to seize part of that great wealth founded on illegal business affairs.

The figure of 500 billion euro has been calculated on the basis of a series of operations spanning from the 1980s to the present day. And it is just one component of what scholars refer to as “Mafia S.p.a.”, an economic monster with revenues estimated at 150 billion euro per year by the Anti-Mafia Commission chaired by Giuseppe Pisanu (from 2008 to 2013) – with a total value of 1,700 billion euros. These are estimates, of course, since no one can access the accounts of the criminal bosses in order to do the exact sums. But these are probably estimates by default. The values are, without doubt, sky high. An imminent threat, not only to the economy but also to the very roots of society and democracy, and unfortunately, the worlds of public opinion and politics do not seem to have an accurate view of the risk this poses.

That figure – Recordare’s 500 billion – must be borne in mind right now, just as the judiciary and the DNA (the Direzione nazionale antimafia, or National Anti-Mafia Directorate) sound a new alarm: the gangs of Calabria, Sicily and Campania are moving in to take advantage of the Covid crisis, getting their hands on thousands of companies that find themselves floundering in order to make a profit from national and EU public funding.

According to the DNA, in the 2019 report extended until September 2020, criminal organisations “have succeeded in grasping the extreme urgency of protecting public health, using pre-constituted corporate shell companies to gain access to public tender procedures designed to award the supply of goods and services, by way of derogation from the rules set out in the Procurement Code” (Il Sole24Ore, 27 November).

The ‘Ndrangheta has had years of experience in speculative initiatives that have undermined the Calabrian healthcare system, now a resounding example of instability and disarray, from the high costs to the poor quality of services (finally, the government – after a period of indecision and a series of errors that bordered on the ridiculous – has appointed Guido Longo, former police commissioner and ex prefect, as the health commissioner in Calabria, after a professional life spent fighting the Calabrian and Sicilian Mafia organisations). However, the criminal activities have now extended into Lombardy and other northern regions, with health services and supplies (alongside illegal waste trafficking) becoming a new favourite area for shady investments and dodgy business deals. The Covid crisis and the necessary emergency intervention procedures are the perfect conditions for these criminals to expand their reach. And as such, we must keep a watchful eye out for the presence of these clans, to prevent them from doing serious damage to the health system and the economy by contaminating contracts and services.

There is also a second aspect to be considered, which reveals the subversive danger of the activities of the ‘Ndrangheta and other organised crime groups: the depredation of companies in difficulty, with intermediaries who arrive with cash in hand in order to buy shares in companies in crisis, particularly in the commercial tertiary sector (restaurants, bars, hotels and so on). This is what has been revealed by a research project entitled “La criminalità ai tempi del Covid” (“Crime in the time of Covid”), conducted by the Chamber of Commerce of Milan, Lodi, Monza and Brianza; the investigation demonstrates how, compared to last June, the number of “irregular proposals” has doubled – or in other words, the offers of economic aid designed to lure in companies, which are equivalent to a very small proportion of the value of the business in question. The liquidity crisis and, often, the difficulties in the relations with banks and the various structures that provide public financing, leave many entrepreneurs alone and vulnerable to the pressure to accept help from organised crime groups.

This phenomenon has long been the focus of attention by the Milanese Anti-Mafia Prosecutor’s Office, led with great efficacy by Alessandra Dolci: “It is important to report this when it occurs. But so far, this is still not happening, and we have several examples of acquiescence; that is, of individuals in the legal economy who have made themselves available to criminal organisations” (Corriere della Sera, 27 November).

The various business organisations are fully aware of these risks, and for years now have been pushing campaigns to raise awareness among entrepreneurs of the risks of the presence of Mafia organisations within the economy, and of the need for a clear, shared anti-Mafia commitment. “Corporate culture is responsible for ensuring the legality of business affairs. This, in essence, means being at the forefront of the battle against the Mafia, which is still alarmingly relevant in this day and age. On this issue, we must strengthen our commitment, working with all the key players in the social and economic sectors who care about freedom. And we must seek a truly European approach to tackling this issue, because today, organised crime knows no borders.” This is the crystal clear statement made by Alessandro Spada, president of Assolombarda, at the association’s assembly in mid-October. And new initiatives are being prepared.