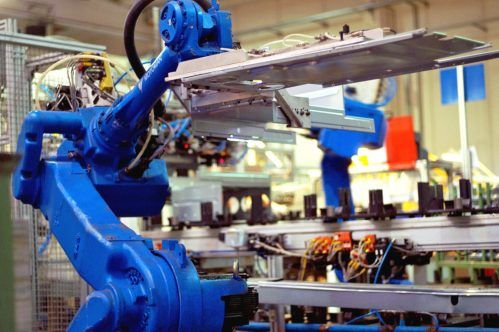 The path towards a balanced and sustainable development, improving conditions and lasting over time, includes unprecedented concepts that blend together wealth building and social cohesion, productivity and solidarity. Here we find the true political, agenda-setting value of that “recovery agreement” announced by Prime Minister Mario Draghi at the Confindustria Assembly, taking his cue from the speech delivered by Carlo Bonomi, president of the entrepreneurs association. We need positive industrial relationships, built on dialogue rather than on ideological clashes and prejudices. Arrangements concerning work and incomes. Agreements that promote investments, innovation, competitiveness, the inclusion of women and young people in production processes, but also the appreciation of older employees’ know-how and skills, which should certainly not be scrapped.

Draghi’s request, addressed not only to industrialists and trade unions but also to party leaders, is crystal clear: though fierce at present, the current economic recovery trend remains fragile (Italy’s GDP rose by 6% this year, and is expected to grow by 4% in 2022), it’s just a “rebound” marking a recovery from the disastrous losses experienced during the long COVID-19 season. And as such, it needs to be consolidated: through investments, innovation, the creation of steadfast employment opportunities.

In fact, the most dynamic Italian enterprises, the manufacturers with a presence on the international markets and with well-established competitive practices, have been investing, emphasising quality, growing, for a long time. Yet, it’s the whole country that needs to grow, from its services to its public authorities, in order to recover its productive power and so avoid plunging back down into a stagnant economy. Moreover, we also need to pay back the huge public debt Italy has racked up to tackle the economic and health emergency.

The funds (i.e. mainly loans that will have to be repaid) provided by the PNRR (Piano nazionale di resilienza e ripresa), the Italian recovery and resilience plan, are an extraordinary asset and should be ultimately devoted to the innovation and development of Italy, to investments in the environment and in the digital transformation, and to the generation of quality. Thus, they need to be spent quickly and wisely, and they should also be accompanied by key reforms (affecting public authorities, laws, the job market, training and education, etc.).

Hence, we need positive industrial relationships involving social stakeholders, entrepreneurs associations and trade unions, in order to have an open, well-reasoned conversation that acknowledges the value development can bring and that doesn’t wear itself out in biased, one-sided disagreements. The challenge posed by sustainable development is too significant, the future of our children and grandchildren is too fragile – in terms of environmental safety and opportunities for a better life – for us to let this opportunity go to waste.

Indeed, crucial moments in our republican history readily come to mind – times when social forces, properly motivated by institutions and policies, succeeded in identifying and pursue a future for the greater good.

Without a doubt, when times are uncertain is worth remembering the core values that underlie politics and economics and, above all, re-reading article 1 of the Italian Constitution: “Italy is a democratic Republic founded on labour”, where “labour” is meant to represent the essence of personal and civic identity, of freedom, of individual and social fulfilment, rather than the mere trade of goods and services for remuneration – labour understood within a context of rights and duties, and as a lever for development.

During those hard post-war years, when Italy was on its knees, the agreement struck by Confindustria, led by Angelo Costa, with the CGIL (Italian General Confederation of Labour), headed by Giuseppe di Vittorio, promptly and quickly identified common priorities: “First the factories, then the houses”. And over time, when confronted by crucial crises, social forces have always managed to reach a selfless and responsible understanding and take charge of the common good. The fight against terrorism and the response to the economic crisis in the 1970s were, in fact, the results of another agreement between Confindustria, headed by Gianni Agnelli, and the trade unions unified under the leadership of Luciano Lama, CGIL secretary. And let’s not forget the concerted action instigated by Carlo Azeglio Ciampi, first minister of Finance and subsequently Prime Minister, who led Italy out of the crisis in the early 1990s and onto the path towards the euro and European integration.

These were key periods in Italian history. Periods in which Italy knew how to well manage itself, showing its colours as a forward-looking, selfless nation, proactive and inclusive, able to define and pursue a proper shared commitment.

And today, we are facing a new blank chapter – we need to overcome this long stagnating period, defeat the pandemic crisis, be the protagonists in our age defined by the knowledge economy and sustainability.

Once more, “labour” is taking centre stage – not in the form of small, short-term jobs or endless subsidies, but rather as a fine prospect, the means to take on the transformation brought about by digital technologies and global markets. And, therefore, as a vehicle for the integration of training and education, qualified expertise, productive innovation, flexibility, creativity (note that the “quota 100” pension scheme or the “citizenship income” – the welfare allowance dependant on income and citizenship – are not part of this future). And, of course, for the enhancement of occupational health and safety, as the current number of accidents and deaths in the workplace is entirely unacceptable.

The challenge involves business and education, the job market (to resolve this absurd issue whereby, in Italy, there are millions of unemployed and under-employed people while companies – rightfully – complain they can’t find suitable staff), and entails a welfare system that can act as a suitable cushion when people switch jobs.

When referring to the “recovery agreement”, the Draghi government seems to see such a future very clearly, and it’s indeed getting the right tools to tackle it. Companies (as exemplified by Confindustria) are also ready to play their part and the trade unions are displaying a responsible willingness to discuss matters. Growth, then, can take a step forward.