This is the time for builders of the future, and for urgent choices to be made for the Recovery Plan: investments and reforms 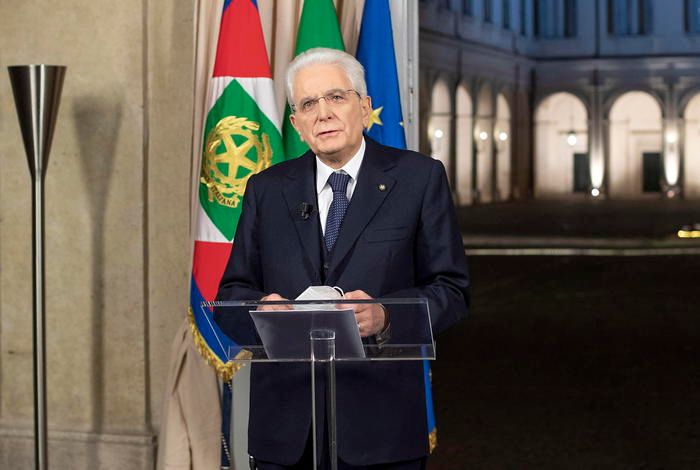 Now must be “a time for builders”, maintained the President of the Republic Sergio Mattarella in his message to the Italian people for the new year. We are still in the depths of the Covid-19 pandemic, with its daily roll-call of contagion and pain, worry and death. The economic crisis is causing enormous suffering, and in the spring, when the wild and unbalanced parachute jump represented by the redundancy freeze ends, we will see the consequences of another million job losses, while already being punished by the closure of tens of thousands of companies. The most recent data (from Moody’s) shows a 9% drop in Italy’s GDP in 2020, and predicts a rebound of 5.6% in 2021; it appears that we will have to wait until 2022 at the earliest to get back to pre-crisis economic levels (France and Spain are in the same boat). And for Europe as a whole, the economy will be “slow, erratic and fragile” this year. Fragility is the marker of a difficult era. But, to quote Bob Dylan, “the times, they are a-changin’”. Or, to be more precise, the times could and should change. Indeed, now is the “time of the builders”.

In fact, vaccination has already begun – albeit with all the initial stumbling blocks, from errors to incompetence, uncertainty and controversy. But between late summer and early autumn, enough Italian people will have been vaccinated that we will be protected by the so-called “herd immunity”. Various doubts still remain as to the duration of protection offered by the vaccine, the residual contagiousness of Covid-19 and its variants, and the measures that will be made permanent as good habits (wearing masks, avoiding overcrowding, ensuring that there are well-established treatments in urgent cases), but the vaccine remains a real turning point. We can begin to rebuild the fabric of trust, and to think about the future, without the nightmare of death everywhere we look.

The second pillar of trust is the EU’s “Next Generation” Recovery Plan, which places 200 billion euros and more at Italy’s disposal, to be invested in funding a radical renewal of the Italian system, as part of an ambitious period of reforms under the dual banner of the green economy and the digital economy – or in other words, environment and innovation – with the changes needed to achieve those objectives: the areas targeted will include the public administration, justice, training, research, tangible and intangible infrastructures (beginning with 5G, which will prove crucial in the digital transformation that will affect industry and services, health and work, schools and culture). And indeed, it is right here that Mattarella’s admonishment takes on the greatest political and institutional significance.

Indeed, the government and political forces in general have so far demonstrated a worrying lack of vision with regard to the contents of the Recovery Plan, along with a number of serious shortfalls in defining the concrete projects that will constitute the basis of the EU funding due to be provided. For a long time, within the four walls of the rooms of Palazzo Chigi and in the circles of government majority, the prevailing logic was more typical of an “economy of subsidies” rather than a strategy characterised by innovative investment; a passion for “bonuses“ and “relief” that overshadowed the need to formulate clear ideas on where investment should be directed, and on how to enable and subsequently verify step by step the process of implementation.

The results of all this have given rise to a real risk of projects falling victim to corporate and welfare-related deviation, along with a sluggishness in governance decisions that has been of great concern to EU leaders, the Quirinal Palace and the most responsible figures in the economic, entrepreneurial and social spheres, where there is an acute awareness of the unrepeatable nature of the conditions under which these resources are being made available, as well as of the political drive to transform Italy and strengthen Europe.

The threatening shadows of the government crisis have not helped to date, and continue to hinder progress.

Public opinion is increasingly restless and perturbed, with a growing sense that we are running the risk of wasting a crucial opportunity for renewal and growth, and of finding ourselves prisoners of a gargantuan public debt without having rolled out the reforms necessary to relaunch growth and development, and thus repay this debt and ensure a better future for our young people. Indeed, these young people are the “Next Generation” that Europe is focusing on, a generation that we must categorically not sacrifice as a result of the ignorance of a large swathe of our ruling class.

Today’s urgent challenge is to define the terms of the Recovery Plan, in a concrete and lucid manner. The goal is to ensure that we know how to be “builders of the future”.

New developments in the international arena can also serve as a stimulus and a source of help. The new Biden administration in the White House is set to usher in a new era founded upon the revival of multilateralism, in a more relaxed climate – albeit one still full of tensions – following the disasters that have characterised the turbulent years under Trump and the overbearing sovereignism of “America first”. And the re-evaluation of the historic Atlantic axis, of the privileged relationship between the US and Europe could help to improve international relations, giving the EU a stronger sense of function and balance. The wound of Brexit remains raw, with serious consequences, particularly for the United Kingdom. Elsewhere, tensions remain high in the restless Mediterranean, with pressure arriving from both Turkey and Russia. But in spite of everything, we are entering an era in which diplomacy will play a more central role, and the overbearing assertiveness of national leaders will fade into the background.

Europe is the second positive change we are seeing; a Europe with a greater awareness of its political responsibility, with a greater belief in the need to take charge of public investment choices in order to emerge from the pandemic and the recession together; as well as the need to lend a practical and moral structure to its system of values, as a union of states of liberal democracy and newly inclusive welfare, with a particular focus on young people, the environment and the future. It is a key player in the “paradigm shift” that is moving us towards greater environmental and social sustainability, with regard to which Brussels and Washington must make ambitious joint choices, in order to assert their stance against the rest of the world. In symphony with the message of Pope Francis, and his “just economy”.

The crisis of sovereignism and populism represents the political, cultural and ethical axis upon which we must try to base our progress. The cornerstones of civil development are also there in the Quirinal’s exhortation to embrace this “time of the builders”, the point from which we began. The time for “builders of the future”. And it is precisely this symbolic thought which – as Ernest Cassirer, one of the greatest philosophers of the 20th century, taught us – “can help us to overcome the inertia that weighs us down, and to find the energy to transform the bad present.”