Investing in school, training and work to make the best use of the EU Recovery Fund 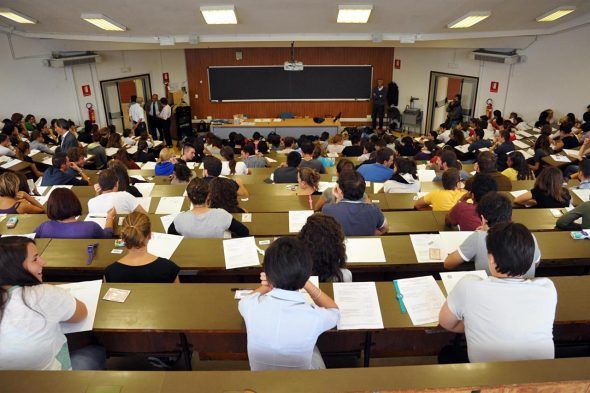 Next Generation EU is the name of the Recovery Fund that the EU is preparing to roll out in order to help the countries most affected by the Covid-19 pandemic -and by the ensuing recession – to emerge from the crisis. The very name of the fund reinforces the message of looking towards the future, in order to provide young Europeans with more and better opportunities for growth. Names are never chosen at random: they identify a condition and point in a certain direction; they refer to history and the future. And right now, with a wisdom that was not wholly expected and far-sighted ambition, Europe has declared that in order to emerge from the most serious economic and social crisis since the devastating economic and financial collapse of 1929, we need to radically change our way of life and focus on the new generations, in order to organise the economy, school and work. The concrete areas into which we must channel our efforts are also clearly indicated: the green economy and the digital economy. Environmental and social sustainability and innovation, quality of life and professional activities and knowledge. In order to achieve this, the EU intends to pursue an extensive public investment programme, as well as stimulating private investments.

As such, this is the horizon on which national governments must set their sights when making decisions – beginning with Italy. The goal is to focus on “investing in human capital“, as per the title of a volume edited by Assolombarda in collaboration with Confindustria Canavese on “the future of training“, or in other words, the theme of giving “greater strategic importance to the competitiveness of companies and the development of the country in the long term”: the people and the “education and training processes” that serve to qualify this human capital, without which there will be neither economic growth nor a good social balance. So, “the future of training is dually linked to the future of work”: “Entrepreneurs, the ruling class, teachers, public decision-makers, students and workers are all called upon to design and act within a new framework that provides a response to the future that lies ahead, and that we are already ,” maintains Pietro Guindani, Chairman of Vodafone Italy and Vice-President of Assolombarda, delegated to deal with “universities, innovation and human capital”.

It is a theme that is starting to find its way into public discourse. In the “Corriere della Sera” on Sunday 17 May, Ferruccio de Bortoli spoke emphatically of the central position that a major investment in schools must take, in light of the fact that they represent a pivotal place for the improvement of the civil conscience and the establishment of a new ruling class, combining public and private resources. A number of other authoritative voices have joined him over time. In view of the reopening of schools in September, the issue is gaining increasing attention from the general public, but as yet, without any clear, effective or satisfactory indications from the government. We need serious, responsible, forward-thinking decisions to be made.

It is a challenge to which companies are particularly sensitive. The challenge to engage in “good” politics. This concerns not only the government and the various political forces, but also key social figures, people from the world of culture, and any citizen who cares about the development of the country.

The current state of education, from school to university, and to the processes that connect education and work is unfortunately far from good. Let’s look at a few numbers in order to gain a better understanding.

We have the lowest number in Europe when it comes to young graduates who have found work three years after completing their studies: Italy’s percentage stands at just 58.7%, compared to 93.1% in Malta, 92.7% in Germany, 75.7% in France and 73% in Spain (data from Eurostat 2020). The Covid crisis has further reduced employment levels. And if we take a closer look at the general statistics, we can observe that the rate in southern Italy is much lower than the average in the country as a whole: a marginality within a marginality. And in an era that is dominated by the “economy of knowledge”, we are poorly equipped to stand face to face with the European and international competition.

Our share of graduates was already well below the EU average, at just 28% of young people between 30 and 34 years old, compared to 40.3% in Europe long with a school drop-out rate of 14.5%, the fourth lowest in Europe. Wasted intelligence, abandoned skills, plans for growth shattered nd a social ladder which is naturally blocked off: without study, a better job or income does not exist.

The gap is widening at the precise moment at which the Covid-19 crisis has also served to highlight the effects of increasing “digital inequality”. Agcom (the Italian Telecommunications Authority) has found that, in the face of a country-wide network coverage that potentially allows 88.9% of households to access internet services at speeds of at least 30 Mbps, only 37.2% have a connection that actually allows this (“IlSole24Ore”, 8 July). And once again, things are worse in the south: a Censis study on the stress to which the Coronavirus has subjected Italy shows that in the southern regions, more than 40% of families do not have PCs or tablets, while in the centre-north of the country, this is between 25 and 35%. And so we are looking at a serious digital divide, which also affects training and education (many children and adolescents have been unable to access “distance learning”, and as such, have effectively lost an entire school year), and will have significant effects on opportunities for work and the future.

The DESI (Digital Economy and Society Index) by the EU Commission confirms that Italy is 25th in the ranking of the 28 EU countries. Poor digital skills, low productivity, lousy competitiveness a sluggish economy.

On the basis of these considerations, the European funds will be used in order to establish and roll out programmes with a focus on the green and digital economy, where school and training will play a central role. Investments in educational infrastructure, both tangible and intangible. An extensive programme of digitalisation, with the European 5G network. A focused, long-running emphasis on improving the quality of teaching, including the selection process, with prizes awarded to the best teachers nd a close connection between training and eduction and work. Here, too, the European Recovery Fund returns to the fore: the fiscal stimuli for Industry4.0, the cornerstone of the digital economy driven by the expansion of “Artificial Intelligence“, must be extended, from investments in systems and technologies to investments in training, in order to shape individuals who are capable of designing and managing production and services within a data driver economy.

And indeed, it is the very rapid development of technology that leads us to pose a fundamental question, regarding the need to keep up with skills that are at constant risk of being worn out and overtaken. As such, the school and university system must teach our young people to “learn how to learn”, or rather, to acquire critical knowledge that enable people to update or radically change the skills that they have acquired, to gain new ones, and finally, to prepare themselves to work on those in the future.

“New technologies may well be useless if there is no-one with the skills necessary to use them. And at the same time, it is essential that there are people who have the ability to create new technologies. These two aspects are very closely related to one another, and when considered together, they constitute the essence of economic growth,” states Patrizia Paglia, President of Confindustria Canavese, mindful of Adriano Olivetti’s lessons on the essential nature of school and training in general.

There is a second line of decisions, on which investment must be focused: continuing education, as part of a constant process that continues throughout life. To work in a better way and to benefit from the opportunity to change jobs, acquiring new skills. As such, as Guindani summarises in the Assolombarda book, we must “move towards a greater focus on digital skills and STEM disciplines” (the acronym for science, technology, engineering and mathematics); we must invest in re-skilling and up-skilling, offering more new vocational training for workers who are already operating within the market. We must also: “promote vocational guidance activities, fully engaging companies as partners in the world of training, in order to create degree courses that can genuinely meet the needs of young people in terms of employability.” And “give a renewed sense of dignity and social visibility to the technical and professional training sector: technical training cannot and should not be viewed as a secondary choice compared to higher education.” The fifth point: we must “recognise companies as training partners for schools, in order to shape the professional figures of the future, above all by placing more emphasis on alternating with apprenticeships.”

But there is also a more general aspect that must play a central role in our reflections, and in the investment programmes focused on schools. Knowledge and wisdom are indispensable in order to enable us to work and grow more – and better. But above all, they serve to provide us, as citizens, with the intellectual and cultural tools we need to make decisions on the general issues that, with a nod to science, occupy and condition our lives. If democracy is conscious participation, knowledge is one of its cornerstones.