Earth Day, social sustainability and a timely review of Keynes on employment and freedom 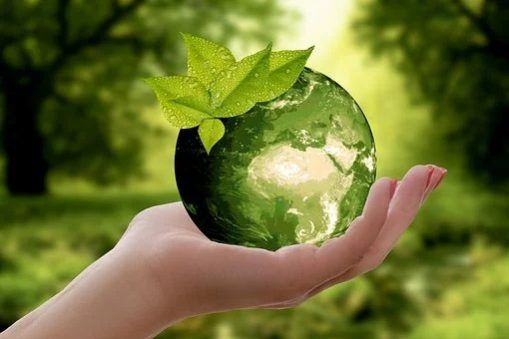 Like monuments, anniversaries play a basic symbolic role, that is remembrance. For example, they remind us of how history is relevant today. They can also highlight the need to confirm a commitment or relaunch a project. Of course, they can become trivial events or empty rituals if they are not backed by a commitment to bring their meaning to life. This is a danger that must be avoided. It would damage our very human condition, which feeds on active memory and the future.

22 April is an important day. It’s Earth Day. During this period marked by the pandemic and recession, talking about Climate Change and sustainable development, both environmental and social, means thinking about anniversaries and rituals. Beyond symbolic dates, it means focussing on projects or choices for protecting and changing, on the paradigm shifts needed to live and work better, on the essential reforms for a broader, more inclusive and balanced well-being. (“Pianeta Terra chiama uomo” (Planet Earth calls man) on the “giornata della casa di tutti noi” (the day of our shared home), was the hard-hitting headline of the cover story of last Saturday’s “Robinson”, the weekly cultural section of “la Repubblica”). Pope Francis has raised these issues in his encyclicals, and they have been covered by the leading international economic literature for some time now. Covid19 is a disease that knows no borders and for which global responses are being developed through vaccines and new treatments, and it is accelerating the urgency of finding tangible, forward-looking responses to the crisis. Scientific, political, technological and social responses.

Social and environmental sustainability are intertwined. They must be addressed together when creating national and global policies to achieve them. They are closely linked in the 17 Sustainable Development Goals of the Paris Agreement for the 2030 Agenda. The EU Recovery Plan is now in an advanced state of development in all European countries. It focuses on the Green Economy and the Digital Economy, the environment and innovation, and on reforms in education and the knowledge economy to benefit the Next Generation (the generational pact, which needs to be rewritten, is an essential component of social sustainability). In the financial world, the ESG (Environmental, Social and Governance) benchmarks on which decisions for financial investments and corporate decisions are made, also focus on the environment and people, as well as the transparency and fairness of company management, starting with those listed on the stock exchange. The world is in motion, and we must continue to pay close attention to it.

Sustainability is a key asset for competitiveness and the productivity needed to achieve it. The most dynamic and successful companies are moving in this direction, as the positive performance of the Dow Jones Sustainability Index confirms (eleven Italian companies are included: Generali, Intesa, Leonardo, Pirelli, Poste, Telecom, Prysmian, etc.). A more responsible economy is needed. One with a development vision where profits, a well-regulated market culture, a sense of community and democracy can go hand in hand.

In an interview with Mario Calderini, professor at Milan Polytechnic (“la Repubblica”, 13 April), Ronald Cohen, financier and philanthropist, argues that “social ethics and economics must be combined”. Cohen is the Chairman of the Global Steering Group for Impact Investment, the type of investment that “aims to achieve tangible and measurable improvements in people’s living conditions and the environment, alongside profit”. “A major change in values has resulted in $30 trillion being invested in the world today to achieve more than just financial gain”. The bodies that set international reporting standards for calculating the value of companies “are now making sustainability an essential factor”. From economic value to social and environmental values.

Larry Fink, CEO of BlackRock, the world’s largest investment fund ($9 trillion under management, including millions of workers’ pension funds), has been thinking along these lines for some time. In fact, he was one of the pioneers. His “annual letter to investors”, one of the world’s leading financial opinion documents, has sustainability as its investment guideline. Together with Bill Gates, he is planning a series of new sustainable energy initiatives, following the guidelines in Gates’ recent book (“How to avoid a climate disaster”, which has just been published in Italy by La nave di Teseo). Reflecting on the reactions to the pandemic, Fink says “Capitalism saved us from the virus” (interview with Mario Platero in “la Repubblica”, 16 April), referring to the extraordinary effort to produce vaccines in a short time (a collaboration between scientific research and industrial production), as well as the virtuous relations to tackle the new problems of communication between people, work and the distribution of products and services in times of illness, isolation and reduced mobility. He called for “balanced globalisation”. The economy is, of course, profit-oriented, committed to risk-taking and innovation, but also to solidarity. Above all, it is sensitive to the interests and values of its stakeholders, workers, consumers, communities and civil society.

There is another opinion is worth reflecting on, in terms of positive globalisation and social sustainability, inclusion and interaction between different cultures, that of Albert Bourla, Chairman and CEO of Pfizer (interview with Federico Fubini in “Corriere della Sera”, 16 April). The background that led to Pfizer’s vaccine is “a wonderful message to the world. A Greek Jew running an American multinational and the people behind BioNTech, Turkish Muslims who emigrated to Germany, are working together to save the world, without even having a contract. I think that being an immigrant is the most important factor. Since I’ve been at Pfizer, my children and I have lived in eight different cities in five countries. This has given us the greatest gift of being being exposed to different cultures”.

Sustainability is a subject for dialogue. It is favoured by democratic and market cultures in particular. Once again, it is worth going back to the classics to look for roots and evidence. For example, in John Maynard Keynes‘ “The General Theory of Employment, Interest and Money”, “The authoritarian state systems of today seem to solve the problem of unemployment at the expense of efficiency and of freedom. It is certain that the world will not much longer tolerate the unemployment which, apart from brief intervals of excitement, is associated and in my opinion, inevitably associated with present-day capitalistic individualism. But it may be possible by a right analysis of the problem to cure the disease whilst preserving efficiency and freedom”.

Keynes died exactly 75 years ago, on 21 April. His thinking profoundly influenced the political and economic debate of the second half of the 20th century. In these times of increasing emphasis on sustainability, especially on a social level, he still has much to tell us.