The topical lesson from the myth of Aeneas: saving the elderly, nurturing the young 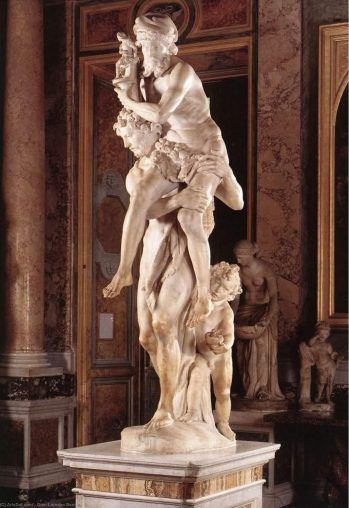 Being parents. Being children. Discovering the network of relationships that connects an awareness of the past and responsibility for the future, in the midst of this pandemic crisis and recession. This means making political and social choices that can simultaneously protect the elderly and create conditions to ensure a better destiny for the new generations, our children and grandchildren. This is where the most obvious key to sustainability lies: protecting and valuing the environment, preventing its further degradation which undermines our quality of life and investing in innovation, training, knowledge and a better social balance. The best lesson we can learn from the crisis is that we must go “beyond fragility”, which is painfully highlighted by more than 107,000 deaths from Covid19 in Italy (out of almost three million victims and 127 million sick people in the world at the end of March). We must work not only on curbing the pandemic (with rapid and effective mass vaccination) and treating the infected, but also on a radical paradigm shift in economic and social development. We need to address the quality of the economy, social relations and the right to public goods (health and school, first and foremost), work (with increased opportunities for women) and welfare. We need to look at the relationship between progress (economic, scientific and social) and protecting people. We need an Impact Economy based on a green and digital economy, as the EU rightly calls for in its ambitious Recovery Plan for the Next Generation.

There has been a recurring image in some of the wiser speeches given over these long and difficult months. It’s a picture of Aeneas carrying his old father, Anchises, on his shoulders and holding the hand of his young son, Ascanius, as they flee together from the ruins of Troy in search of an escape route and salvation. Three generations, linking memories and the future. The responsibility of being a father and the loving, grateful care of being a son. The awareness of defeat along with the remaining pride of a warrior who, despite being defeated, finds himself at the centre of a family and social hierarchy and knows that he must go on to rebuild a community (which would later be known as Alba Longa, then Rome, then Italy, a community that would have a wandering man, a refugee fleeing from war, as its founder).

Pope Francis made an explicit reference to that image in an interview in “La Civiltà Cattolica” last April, at the very beginning of the pandemic: “Virgil’s Aeneid teaches us not to give up in the face of defeat: ‘Save yourselves for better times, for in those times remembering what has happened will help us. Take care of yourselves for a future that will come. And when that future comes, it will do you good to remember what has happened'”. This is the image of Aeneas, defeated in Troy, who “has lost everything and two paths lie before him: to remain there to weep and end his life, or to follow what was in his heart, to go up to the mountain and leave the war behind”. The Pope continued: “It’s a beautiful verse: Cessi, et sublato montem genitore petivi. ‘I yielded, lifted my father and made for the mountain’”. That is what we all have to do today, concluded Pope Francesco: “Take the roots of our traditions with us and make for the mountain”.

Virgil’s Aeneas is neither the epic of a hero nor the rhetoric of glorious defeat. If anything, it shows very human suffering from the consequences of war, the ability to take charge and take care of family members and the people one is responsible for, and the difficult but necessary choice to set out and build a new beginning for life and history. That’s why Aeneas is our contemporary today.

Every relationship is simultaneously a continuation and a fracture. It is the custody of tradition (the preservation of fire, to use Gustav Mahler’s effective simile). It is an ambitious commitment to change, transformation and the building of new horizons. Memory and the future.

What this means now, is drawing up a new generational pact, which seeks to rectify the fracture of the mid-1980s (with the explosion of public debt that was dumped on the shoulders of future generations, so that the adult generations of the time could live in prosperity without worrying about producing new wealth). It means being able to make choices that protect the elderly from illness and death today (an urgent need) and give young people a better future.

The myth of Aeneas, with an image of the famous sculpture by Gian Lorenzo Bernini, is also echoed in the words of the talented and perceptive writer, Antonio Scurati, in the “Corriere della Sera” (25 March), with his many suggestions for “our salvation”: To save oneself by abandoning one’s elderly father is inhuman, but risking one’s life to save a parent without having a child to lead by the hand is desperate. From a structural point of view, it is Ascanius, not Anchises, who is helping to support the group. At the same time as he reveals himself to be a son, Aeneas has to understand that he is a father”.

Scurati cleverly derives topical political implications from this. “The myth tells us that while we must vaccinate our elderly parents with one hand, we must do everything possible to reopen our children’s schools with the other”.

Going beyond the emergency of these turbulent days “there is more, much more, that we can do with ‘the hand of Ascanius’. We have to create the conditions for an infertile society to stop being so”. It is infertile because of the falling birth rate but also because of poor economic growth, the breakdown of upward mobility, the dwindling hope for better conditions for today’s girls and boys.

What it all boils down to is that “Italy is in the grip of a demographic decline: 746 thousand deaths and only 404 thousand births, as “Il Sole24Ore” (27 March) wrote in its front-page headline, reporting on Istat data for 2020. Gianpiero Dalla Zuanna, one of the most authoritative experts on demographics, commented in “La Reppublica” (27 March) that “We, old Italians are left without children”. We have fallen below the threshold of 60 million inhabitants, our most promising young people continue to leave Italy and even immigrants and their children are leaving, in search of better living, working and social conditions elsewhere in Europe. Empty cradles, disheartened young couples and stalled development, a horizon of uncertainty and dismay. This has been exacerbated during the pandemic due to the decision by some institutional powers, in confusingly governed regions, to humiliate the elderly by vaccinating them late and in low numbers, prioritising powerful categories and corporations.

This is a socially devastating trend, for the old and the young, which needs to be interrupted and reversed.

Fortunately, the measures introduced with a sense of urgency and foresight by Prime Minister Mario Draghi, are a step in the right direction. Prioritise the opening of schools. Insist on vaccinating by age group. In the long term, write an effective Recovery Plan based on the environment, innovation, reform and knowledge. Learn from Aeneas, Anchises and Ascanius.