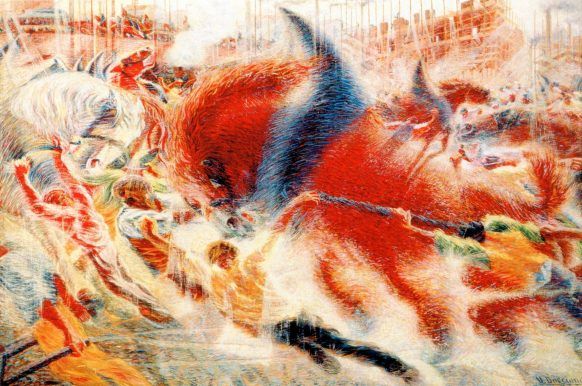 “Architecture can’t work miracles. Just like several other art forms, it can’t change the world. Even so, it can help along or at least interpret a changing world.” This is Renzo Piano‘s view, found within the pages of Il canto della fabbrica (Song of the factory), the book – published by Mondadori – dedicated to Pirelli’s Polo Industriale plant at Settimo Torinese, which, in fact, was designed by Piano. It aptly expresses the challenges that just now, in this season of crisis arising from the pandemic and the economic recession, we need to tackle in order to finally improve our living and working conditions.

“The pandemic is forcing us to rethink our lives and, along with them, our cities,” asserts Carlo Ratti, engineer and director of MIT Senseable City Lab in Boston, referring to the “development of new neighbourhoods” as well as to the “conversion of existing districts in line with more sustainable guidelines in terms of society and environment.” (Corriere della Sera, 28 May).

This is one of the main debates that are capturing public opinion: talks about urban regeneration (like the one held by the Aspen Institute Italia at the beginning of June) and of “the city as a physical and mental space”, but also about new and improved city governance – a key topic just now, when Rome and Milan, Turin, Naples, Bologna and many other Italian regions are getting ready for the autumn’s electoral campaigns that will appoint new mayors and city councils.

The pandemic has highlighted the extreme vulnerability of healthcare, society and economy of both megalopolises and metropolises, towards which most of the world population continues to flock, and, especially in Europe, the “15-minute city” concept, introduced by Paris mayor Anne Hidalgo and taken up by others, such as Milan mayor Beppe Sala, still holds strong. Several cultural and environmental associations (such as the Touring Club Italiano, for example) insist on beautiful, homey hamlets.

The acceleration trend towards smart working, undertaken by many companies, attests to a new work-life balance and raises the issue of digital networks and internet connections as essential not just to the economy, but also to political involvement and access to social services, the key tenets of citizenry.We are facing changes that are not merely technological, but also anthropological: it’s a metamorphosis. It’s a world in motion that rightfully demands new political and cultural ways of thinking, as well as better city governance. “How will we live together?” is in fact the theme of the current Biennale di Architettura, the international exhibition that has been running in Venice since mid-May – a crucial question, related to a future that’s already here.

Some people – remarks Fulvio Irace, scholar of architecture and urban planning – seem to think that the future of the metropolis will entail a disaggregate model, a kind of urban archipelago consisting of small towns. The founders of Grafton Architects, Yvonne Farrell and Shelley McNamara, who designed the Bocconi University building on via Roentgen in Milan and winners of the 2020 Pritzker Prize, the most prestigious international architecture award, believe it to be a good idea: “It’s the traditional neighbourhood model. Neighbourhoods within a larger bubble, the city: the old-fashioned model with virtually self-sufficient neighbourhoods reliant on two types of mobility, the general city transport system and more localised walking for short distances.” (Il Sole24Ore, 13 June).

It’s true that during the hardest times of the pandemic, people developed a passion for hamlets, a trend towards living in the countryside or in small villages. Yet, Farrell and McNamara warn us now, “even if technology allows us to work remotely and to be self-sufficient, the human pleasure we take in networking, mingling, experiencing that kind of closeness that only cities can offer, has not faded.”

We need to “redesign cities, amongst shadows and hopes”, as mentioned in our blog from 25 May, when we also talked about relaunching Milan as a “more productive and inclusive” city, as the point of reference within a strategy of national development along the axis running from Europe to the Mediterranean. Recalling once again the powerful painting by Umberto Boccioni, The city rises – and it does so with dynamic energy, disrupted by the pandemic but now reawakening (all large building projects are making progress, starting with the MIND Milano Innovation District development on the site that hosted the Milan Expo, and the ambitious MilanoSesto project in the north of the city, with an investment of over 4 billion between manufacturing services, construction industry and parks).

In essence, critical rethinking has become necessary, as asserted by Piano and Ratti, such as redesigning the territory so that the peculiarities unique to Italy are taken into consideration: only a few metropolises (Milan, Rome, and Naples if we want to take into account the crowded, tangled Vesuvius area) and a dense web of small, medium and large cities, towns, villages, parts of the countryside that are intensely industrialised and human-altered, and other areas (the Apennines in particular) marked by widespread abandonment.

Our current times are distinguished by the “Next Generation EU” recovery plan inspired by a green and digital economy – i.e. environmental sustainability and innovation – and by its Italian equivalent, the PNRR (Piano nazionale di resistenza e ripresa), the recovery and resilience plan set up by Draghi’s fine government, whose aim is to spend the 200 billion in loans and non-repayable financial support granted by the EU wisely. In these circumstances, investing in areas that need to be safeguarded, regenerated, and considered essential assets for the development and quality of life becomes crucial.

In this respect, the musings shared by Emanuele Coccia, professor at the ’École des Hautes Études en Sciences Sociales in Paris, about a genuine “Home philosophy”, come in handy. In his book, published by Einaudi, Coccia discusses “domestic space and happiness” and observes that “we only ever inhabit this planet thanks to, and from within, a house.”

A house understood as “a mental and material artefact, which allows us to exist in the world better than nature would permit.” Thus, rooms and furnishings, but also people and animals, with which we interweave “a relationship so intense that our happiness and our life become one.” Coccia’s narration includes reflections bolstered by personal experience (about 30 house moves in 45 years), joys and pains, a balance often shattered and re-established, as well as overarching analyses on how the habit of making a home could be broadened to include our whole, profoundly human-altered planet. Finding new relations between intimacy and outwardness, often under critical conditions: attempting to find the best ways to live and inhabit this world now it’s more worthwhile than ever.