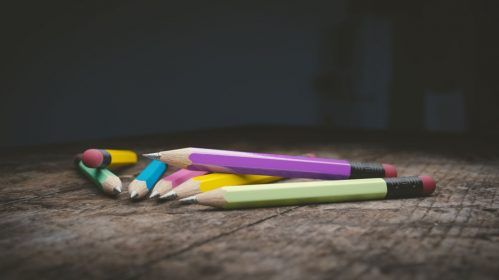 In Italy, there are 13 million people aged from 25 to 64 years with a low level of education – barely beyond secondary school. 39% of the country’s population is in that age group, and indeed, 20% of all adults across Europe are in the same boat. And they are struggling with work, especially in this intense time of change, where the focus is shifting towards the digital economy. But also, and above all, they are in crisis with regard to their own status as citizens, because not knowing very often means not understanding, and thereby not being in a position to exercise one’s rights – to make decisions, choose and criticise. The serious shortcomings in education not only represent a grave economic and social issue (low labour productivity, difficulties in maintaining competitiveness and so on) but also, and above all, pose questions on the issue of democracy.

It is important to remember the lesson of Piero Calamandrei, one of the fathers of our Constitution, “If we wish to construct and then maintain and perfect democracy, we can assert that in the long run, school is more important than Parliament, the Judiciary and the Constitutional Court.” And furthermore, “Transforming subjects into citizens is a miracle that only schools can perform.” Development and democracy, and welfare and engagement go hand in hand.

The issue of the appalling state of eduction in Italy was quite rightly revisited a few days ago, with a large front-page headline in “Il Sole24Ore” (“Low education levels for 13 million adults”, 27 January). The piece featured an open letter to the government from experts from various educational establishments, with a very clear request, a substantial part of the Recovery Fund must be invested in knowledge and skills, or in other words, in schools and continuing education. And that means doing things properly, with serious, well-constructed projects – precisely what the EU, in allocating over 200 billion euros, is asking us to do. That is to look to the Next Generation, to young people, and provide them with qualified training.

In these tragic and painful times of Covid-19 and recession, the Conte government has shown very clear shortcomings in the education sector. It has gabbled about desks with wheels to facilitate social distancing, but has failed to come up with a serious coherent policy. It has tolerated the inconsistent choices on school closures by the various regions. It has spent more time on discussing whether or not to open ski lifts or – the latest theme – whether to go ahead with the Sanremo Festival. But it has not developed any form of strategy to help students and teachers to cope with the task in hand, teaching and learning, studying and understanding. Nor has it met the needs of a large number of children who require digital support. 11% of households have no internet connection (the situation is much worse in the southern regions) and in many homes, a single computer is used by both parents and children for work and study. Of the many social sectors that have been drastically affected by the pandemic, schools have found themselves in a particularly difficult position, with repercussions that young people – and to some degree, the whole country – will feel over the coming years.

“Distance learning” compensates for some of the failings, but only in part. The “chronic educational poverty” repeatedly denounced by the President of the Republic, Sergio Mattarella, has so far not been met with any clear response in terms of investment decisions and reforms.

Other data are also worth bearing in mind. If we look at linguistic, numerical and digital literacy needs, the proportion of the adult population in need of a skills update is estimated at between 50-60%. As a matter of fact, we are also facing a real return in illiteracy, a functional illiteracy, one which does not allow interaction with the digital world. And the OECD has documented that almost 70% of Italians are below “level 3” in terms of their understanding both of written text and mathematical concepts, with “level 3” representing the minimum threshold for being able to live and work in today’s world.

Furthermore, we have a low number of university graduates, 19.6% in the 25-64 age group, compared to a European average of 33.2% (with a very low incidence of degrees in STEM subjects – those relating to science, technology, engineering and mathematics). This is coupled with a very high school drop-out rate, with record numbers in the southern regions.

The repercussions in terms of job opportunities are obvious, companies cannot find the qualified workers they are looking for, and young people cannot find a job. A vicious circle that is a determining factor in Italy’s very low growth rate and profound social dissatisfaction, with a negative outlook for the country as a whole.

The figures for on-the-job training are also alarming with only 24% of Italians participating in training activities, compared with 52% of the OECD average (and there are serious doubts regarding the quality of this training, and the degree to which this meets the real needs of businesses).

We don’t study, we don’t train, we don’t grow. In the age of the “knowledge economy”, this is a very serious handicap and it serves to exacerbate the social divide, and deprives young people of any hope for a better future.

As Alberto Orioli comments in “Il Sole24Ore”, “In this desert of skills and knowledge, the country is declining and growing ever poorer. Not only in terms of talent, but also in knowledge and critical sense. We are becoming a nation of simple, rough souls, the ideal prey for social neo-conformism. And this perhaps suits some people.”

The various bodies that provide training have quite rightly called upon the government to “focus strongly on investing part of the resources provided by the Recovery Fund in continuous training, not only to address the skills gap and to support employment, but also to drive the modernisation of the public administration system and the digitalisation of the economy and the school education system”, with a view to achieving “the European target of 50% of adults participating in training activities at least once every 12 months by 2025.”

Indeed, the crisis – as the letter addressed by the training bodies to the government insists – is teaching us that reacting to the emergency and building sustainable solutions for the future requires skills and resources that are entirely human, and first and foremost, skills – basic, cross-cutting, social, scientific and entrepreneurial – that are essential to enable us to deal with uncertainty and create opportunities from new technologies, the growth of international trade and the extensive heritage of cultural and natural assets that Italy can lay claim to.”