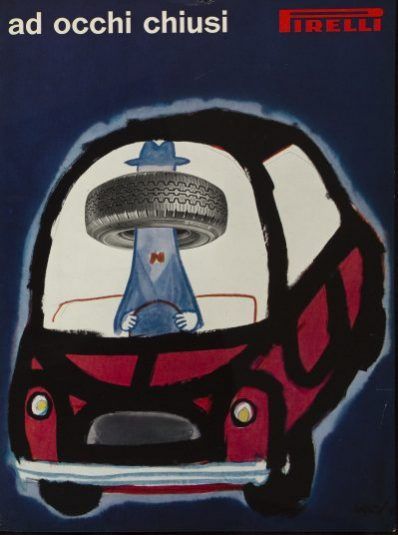 In the social capital of Italy, there is no shortage of creativity and initiative, as well as a taste for discovery, a passion for all that is beautiful and well-made, a love of tradition and a simultaneous desire for change. History and the future. Or, to venture to sum it up in a more punchy way, the ‘future of memory‘. These characteristics are an apt representation of a subject that lies at the heart of that social capital: companies. And closely connected to this is the world of work.

‘Capitale Italia‘ is the title of the latest Corporate Culture Week, organised by Confindustria and Museimpresa and now in its 19th edition. ‘Capitale’, here, is something of an imaginative play on words: ‘Italy as one great big capital city, an entity that generates all that is Made in Italy, our famous approach to production that is unique in the world, where the impalpable elements of culture and values are incorporated into the product’, explains Maria Cristina Piovesana, vice president of Confindustria, who is responsible for issues of the environment, sustainability and culture (Il Sole 24 Ore, 8 November). But this word also refers to the social capital that is available to Italy and Europe, in an attempt to establish and implement new models of sustainable development: the powerful leverage that our ‘polytechnic culture‘ represents, and which, in companies above all, is the key to the creation of original syntheses of humanistic wisdom and scientific and technological knowledge: the very elements upon which our most competitive companies are founded.

So, ‘Capitale Italia: entrepreneurial culture for the rebirth of the country‘ is the title of the week, which began a few days ago on 5 November and is set to last until 20 November – a very long ‘week’, then, when you look at the dates, more like a fortnight really – packed full of more than 130 events (further information at https://museimpresa.com/settimana-cultura/ and the link to the schedule is here: https://museimpresa. com/programme-20 ), including debates, webinars, digital tours of museums and business archives and long-distance dialogues with schools, including the one at the centre of SME Day, the traditional event which sees small and medium enterprises meet pupils and teachers to discuss the values of enterprise and the fundamental importance of training, as part of the essential relationship between school and work. Once again, the ‘polytechnic culture’ of the country is key here.

This year’s Corporate Culture Week takes on a special significance: we remain in the midst of a crisis marked by the painful and tragic links between the Covid-19 pandemic and the recession. We are seeing the re-emergence of all the social and economic weak points of the mechanisms of development that pay no heed to the fundamental themes behind the concept of rights and goods that should be shared by all: health and an approach to healthcare that is not limited solely to treatment, but which can also be both preventive and provide effective responses to emergencies; a focus on the environment, in the knowledge that ‘we cannot remain healthy in a sick world’, to use the words of Pope Francis; and finally, the commitment to reducing social inequality and gaps in culture and education.

We have long lived under the illusion of unstoppable progress and a form of globalisation that is always positive for everyone involved. We have exchanged the interests of free trade (obsessive free trade, which has rewarded only the strongest countries, clearing the path for the most shady and unscrupulous forms of financial speculation) for the values of fair trade, a system of production and trade which focuses on the needs of people, countries, and market rules that reflect properly balanced international codes of practice (the mechanisms of the WTO thrown into crisis by trade wars, the one-sided bullying perpetrated by the most powerful, the failures of ‘America first’ and Brexit, etc.). Now, it is time for a radical ‘paradigm shift‘ towards a more ‘just’, sustainable, circular and inclusive economy – a more ‘civil economy’, in other words, to borrow from the lesson of Antonio Genovesi, Enlightenment thinker and essential cultural reference for the father of liberal economics, Adam Smith and, a couple of centuries later, for the master of liberalism with a strong social slant, John Maynard Keynes.

The pandemic is serving to accelerate the necessary transformations. Quite rightly, there is talk of a ‘new Bretton Woods’ system, a new era of international agreements like those which guaranteed a long period of economic growth and prosperity in the post-war period.

Naturally, these are political issues of fundamental importance. The challenges that lie ahead are of global scope, and finally, the European Union is beginning to show a notable ability to respond to these challenges, above all with the EU’s Next Generation Recovery Plan, which is centred on the green and digital economies – or in other words, environment and innovation – with a focus on knowledge, science, school and long-term training. And, of course, right here in Italy, these challenges are forcing companies into the limelight as the key players in sustainable development projects and initiatives.

‘The company is the cornerstone of the relaunch of the economy across Italy; the linchpin of a community, the point of reference for growth, and in order to guarantee social peace, which is a very important factor, particularly during this period’, explains Maria Cristina Piovesana. And it is the responsibility of companies – through the investments they make and the work they do – to make a key contribution to finally getting Italy out of the lengthy crisis of productivity in which it has been wallowing (with growth rates below zero, according to the latest Istat data for 2019, after twenty years of stagnation, while the other EU countries have grown by an average of 1.6%) and out of the swamp of poor (or absent) economic and social growth.

Companies are marked by innovation, wealth, widespread welfare and social inclusion. Competitiveness and a sense of solidarity. As such, they represent a fundamental driver for positive change. And their values – the right degree of competition with regard to legality and the market, just rewards for merit, productivity that promotes growth, with positive effects on wages, accompanied by the focus on ‘doing, and doing well’, in order to construct a better balance – are fundamental elements not only in terms of economic growth, but also with regard to improved civil structures. Business culture, therefore, can be a source of stimulation that promotes a new sense of social balance.

Italy has always demonstrated a well-developed capacity for resilience. Even when faced with major crises (the recession following the economic boom of the Fifties, the oil crisis of 1973 and the so-called ‘Years of Lead’, the illusions of the Eighties, the dramas of 1992 – from bribes, Mafia bombs and a collapse in the value of the lira – and the financial disaster of 2008), the country has always succeeded in recovering and rebuilding itself, albeit with difficulty. We will succeed this time too, thanks to the ‘polytechnic culture‘ we have referred to previously, and the ability to make ‘industrial humanism’ a reality, where expertise serves to reinforce that enterprising ambition to build a better future..

We must now study the documentation of the past – which has been carefully conserved thanks to the dedication of companies, archives and museums – in order to find the keys to overcoming this umpteenth challenge, in the awareness that we cannot be resilient without innovation and vice versa, in such periods of crisis and difficulty. Our corporate culture, in short, shows us how knowledge, technologies, personal and social values and productivity are woven together. These are crucial considerations in times of crisis. The cornerstones of our best social capital.

‘Here, any business is possible’: the long view from Milan of the EU’s recovery plan
A crisis not to be wasted, by going down the path offered by the overweening state, relying on subsidies instead of supporting the relaunch of business, work and innovation
A fund to save cultural enterprises, too: they are the cornerstones of community and economic development
Load more
Grazie per la tua richiesta
Abbiamo preso in carico la tua richiesta, il team della Fondazione Pirelli ti contatterà per confermare la disponibilità.
Grazie per la tua richiesta
La prenotazione al momento non è disponibile.
Thank you! Registration was successful!
We have sent you an e-mail to the e-mail address you provided. Click on the link inside to confirm the registration.
Register
Already registered click here
Warning! Check the correctness of the data entered.
Enter
Forgot password? click here
Warning! Check the correctness of the data entered.
Forgot password?