The challenge of the Recovery Plan, to launch development and deal with the issues of productivity and public debt 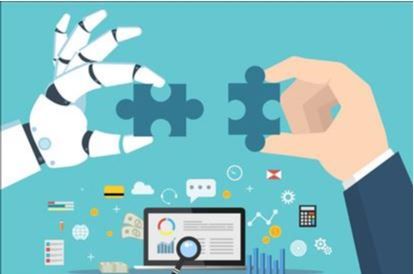 Let’s take a current snapshot of Italy, condensed into four key figures. The first of these is a percentage, -10%, which indicates the negative growth of the country’s GDP, the gross domestic product, as forecast for this year (an average of the -9% anticipated by the government, the -9.9% calculated by the EU Commission and -10.6% suggested by the International Monetary Fund). The second number is 209 billion, which is all the resources that our country could invest if we use the funds provided under the European Union Recovery Plan effectively. The third number is, again, a percentage: 155.7%, the ratio of public debt to GDP, which according to the government, will need to be reached in order to recover the funds required for the measures needed to deal with the economic and social emergencies, from the pandemic to the recession (this was at 135.7% in 2019). The fourth number is -0.5%, which refers to the drop in productivity in Italy in 2019, a particularly alarming figure due to the fact that it comes after twenty years of stagnant productivity, while the average for other EU countries is on the rise. Once again, our economy is plagued by serious weakness, which the current crisis is only serving to amplify and aggravate.

It is worth looking at these four numbers together when considering the choices we need to make to get out of the crisis, and when planning the necessary reforms that must be undertaken in order to be able to talk about development and improvements to the state of public finances.

We are facing an unprecedented recession, and to a certain extent, this is the case worldwide, but in Italy, we have been harder hit than elsewhere. Indeed, alarmingly so in the regions of the North where the dynamics of production (between industry, services and tourism) were substantially driving the rest of the country. The response to this situation does not lie either in the illusion of returning to ‘how we were before’, nor in the endless continuation of subsidies. These are essential, but only in emergencies: in order to provide a guaranteed income for families and people in difficulty and to prevent the total collapse of businesses. However, in the long run, this type of financial aid can be harmful because it hampers initiative, restricts expectations for improvement and breaks down faith and trust .

If anything, the available resources should be channelled into innovation, into the radical recovery of productivity and into reforms that can finally help to modernise the country’s system. So here we are again, back at the challenge represented by productivity.

‘Productivity: Italy slips below zero’, read the headline on the front page of the newspaper Il Sole 24 Ore newspaper as it published the data released by Istat at the beginning of November. For around twenty years, the country’s productivity has remained close to zero, while the European average has grown by 1.6%. Now, in 2019, we have dropped even lower, if we take into account labour productivity (the added value created per hour worked) at -0.4%, capital productivity, at -0.8%, and total factor productivity, -0.5%. To sum up, among the reasons for the Italy’s slow growth is the fact that nothing we do serves to increase our wealth overall, and this has a negative effect on incomes, employment and general well-being. The Istat data stop at 2019, ahead of the Covid-19 pandemic and the recession. Accordingly, as far as 2020 is concerned, the situation is set to be even worse.

If we take a close look at the data, we discover a number of very interesting facts. For example, we can see that the productivity of industry is clearly growing, as a result of investments in new technologies, machinery and training of staff in line with the shift towards a high-tech, digital approach. On the other hand, the rates in the tertiary sector remain very low, hovering around zero or dipping into negative figures, particularly in services that have little exposure to international competition and in retail trade and personal services, where there is a large number of very small, poorly organised, undercapitalised and therefore fragile businesses. The productivity of the public administration sector is also extremely low, hindering and undermining the efforts and attempts at growth made by the better companies.

‘Our productivity has not grown for twenty years. And this is the one merciless fact that sums up how far behind we are more than any other. The added value rises – along with wages and salaries – if there are investments, technologies, innovation and, above all, a better-trained pool of human capital,’ writes Ferruccio de Bortoli in his latest book, Le cose che non ci diciamo (‘The things we don’t say to each other’) published by Garzanti – a lucid analysis, as well as an uncompromising synopsis of the choices that must be made and the reforms that are essential in order to get wounded Italy back up and running.

The recipe for emerging from the crisis has been common knowledge for a long time, but unfortunately, it still remains to be applied: major investments in innovation, knowledge, research and technology transfer. Schools and training, therefore, must be top priority, in order to create human resources who can withstand – and indeed steer – the challenges posed by innovation. Then, the next step is to open up the markets to greater competition, which serves to stimulate growth. Furthermore, reforms must be implemented in both national and local public administration, tax and judicial structures (‘To attract capital from abroad, reforms are needed, beginning with law and order: with faster processes, we could hit figures of up to 170 billion’, notes an article in L’Economia, a publication owned by the newspaper Corriere della Sera, on 23 January). And furthermore, the diffusion of a business culture that is closely linked to competition, merit-based rewards and all that is both ‘beautiful and done well’. Innovation, to be precise.

And so we arrive at the EU Recovery Plan. What we need is a few major investment projects using EU funds, channelled into the green economy and the digital economy, or in other words, sustainability and innovation (we talked about this at length in last week’s blog). Innovative companies must be helped to grow, skilled work must be stimulated, and long-term training must be promoted, along with infrastructures – both tangible and intangible – in the interests of quality of life and work. Just a few big, well-planned, well-constructed projects, agreed with the powers in Brussels, with properly defined instruments, timings and implementation of controls.

This represents a remarkable political, social, cultural and entrepreneurial challenge, for a relaunch of the country that truly does feel like a ‘rebirth’, a radical paradigm shift marked by sustainable development choices with a focus on environmental and social factors. Not the practice of throwing resources into a thousand different channels, simply to satisfy corporations and clients in the short term (a VAT cut here, a citizens’ income there, with a new hire and a tender or two thrown in for good measure and so on, willy nilly). Rather, a forward-looking, ambitious strategy for growth, engaging social forces who are ready and willing to take on a serious chunk of responsibility.

The answer to the issue of public debt lies here: in growth. Without any need to think about improbable ‘cancellations’, but rather knowing that the ECB is still vigilant, keeping rates low and absorbing part of the new issues into its capacious belly; the EU will be able to rediscuss the vestments of economic convergence, but only when faced with recovering economies and public finances that are in the process of balancing their books once again.

In short, there is a long-term connection between healthy public coffers and stable, well-rooted growth. Free from ideological visions. But with a sense of responsibility. Towards whom? Above all towards our children and grandchildren, to whom we look with generous intelligence, given that the debt will actually fall on their shoulders. Or Next Generation EU, as the Recovery Plan is rather fittingly named.