The vulnerabilities and costs of transitions and Karl Popper’s future, “a lure and a temptation” 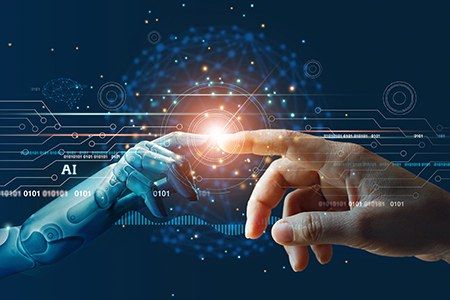 Transitions: we live in controversial times, marked by deep, radical transitions. The environmental transition, rife with the opportunities arising from the green economy and yet also burdened by the turmoil generated by economic and social costs. The digital transition, with its extraordinary possibilities and yet also fraught with concerns about artificial intelligence becoming too pervasive. A hobbling generational transition where the elderly are frail and yet the silver economy is powerful, and younger people are generally at a loss, in an Italy that’s becoming old and depopulated, as the worrying decline in its demographic growth shows (“In 50 years we’ll have 12 million less people” according to ISTAT – Il Sole24Ore, 27 November).

Transitions are never easy. It’s like fording a river, and when you’re half-way the current could easily sweep you away – it’s like finding yourself in-between worlds, torn by the strains of an old world that’s not yet waned and of a new one that is rising.

As Antonio Gramsci taught us, “in this dusk, monsters are born”. This dark warning about “monsters” should not be underestimated, even if taken in its historical context (Europe in the 1920s, when the Belle Époque was crumbling, revolutionary movements were emerging, and the alarming shadows of fascism were deepening).

The fragility of our era has become apparent to all. The COVID-19 pandemic and all its worrying variants – such as the latest and very contagious Omicron strain – has struck with an overwhelming power that transcends boundaries and that affects a fundamental human condition, our state of health (“There will be further mutations and this one may not be the worst”, declared the authoritative virologist Ilaria Capua – La Stampa, 28 November). And thus the pandemic also becomes a metaphor for a “sick world”, unbalanced and dysfunctional, and our state of health is likened to that of the environment and social conditions.

Moreover, we are experiencing further anxiety caused not only by cybercrime targeting institutions and companies, but also by the poison spread by fake news aiming to disrupt and fracture public opinion in Europe and other democratic countries – phenomena that expose the vulnerable state of markets, politics and social organisations.

Furthermore, the gaps and contradictions typical of globalisation are undermining the environment, international commerce, welfare. And the political conflicts arising from a multilateral attitude lacking effective governance and fraught with clashing interests and values are putting efforts towards harmony and a new and improved economic and social balance under intense strain.

In such prevailing uncertain circumstances “monsters” thrive, while opportunities for a recovery, a fresh start and – to use a current buzzword – “regeneration” lie in the common will to start again or, even better, in the common will for a “new beginning”, as advised by Pope Francis.

It’s certainly worthwhile, then, referring back to a pivotal book of the 20th century – La peste (The plague) by Albert Camus, in order to find some comfort for the future: “On this earth there are pestilences and there are victims and it’s up to us, so far as possible, not to join forces with the pestilences.” Not to find some optimism, but to become critically aware of our fragility and, at the same time, to highlight a choice we could make towards a less uncertain future.

Indeed, all great European literary works include bright examples of such choices, like this quote attributed to Sir Thomas More, a statesman who always remained deeply faithful to his moral principles: “Grant me the serenity to accept the things I cannot change, courage to change the things I can, and wisdom to distinguish the difference.”

In our current historical and spiritual era, so dark yet also illuminated by flashes of light, clarity of distinction is a virtue we should rely on, recalling some of the words that were written, and that we have read, which might be of some help.

Words such as these, just to mention another fine work: “Yet it is not that the world is becoming entirely technical which is really uncanny. Far more uncanny is our being unprepared for this transformation, our inability to confront meditatively what is really dawning in this age.” These are words by Martin Heidegger, one of the most controversial philosophers of the 20th century, recollected by Umberto Galimberti in a book he’s written with Paolo Iacci, Dialogo sul lavoro e la felicità (A dialogue on work and happiness), published by Egea. Words that reiterate the need for strong critical thinking when facing scientific innovation and technological consequences, such as the danger that the world might be “becoming entirely technical”. Words that highlight the possibilities, sadly untapped as yet, for understanding and therefore for steering all these contemporary, complex phenomena we’re experiencing. Words that are especially suited to the challenges posed by artificial intelligence and to theories on autonomous machine learning and the development of autonomous algorithms. And words that, all things considered, tell us that even Heidegger believed there was hope.

In short, the digital, environmental and social transitions demand greater efforts in researching, studying and understanding them, which can be achieved also thanks to a consolidation of a “polytechnic culture” able to combine knowledge encompassing both humanities and science, and as such stimulate the critical thinking of “engineers-cum-philosophers”, while science demands that we become fully aware of the basic criteria involved in trial and error approaches, as per the teachings of Karl Popper. We need to be able to master the power these approaches could release. We need to build positive social capital (the role of companies placed between competitiveness and social inclusion is key here, and requires of them to act responsibly). And we need to draw new, updated maps in order to navigate this current transition and build a new economy on a human-scale, an economy in which human, social and civil values determine financial value.

Essentially, we need to “confront meditatively what is really dawning in this age”, as Heidegger said, and rekindle some basic confidence in science, as Karl Popper said – future is “a lure and a temptation”, and it inspires us to live. In spite of everything.