Strong, seductive and ambiguous words expose the feelings behind the crisis and the pandemic 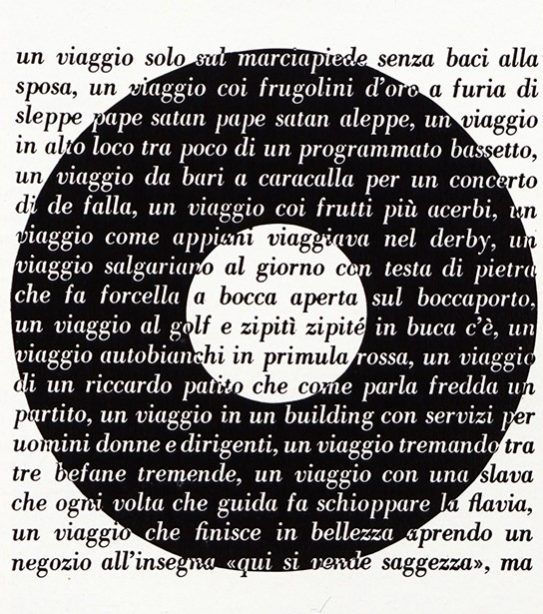 The Italian-speaking organiser of a Zoom discussion – or webinar, the loanword Italian speakers have adopted – earnestly asks all participants to “mutare”, i.e. to go on mute. A senior participant ironically comments on the Italianised term. Some smile, while all click on the mute icon.

An everyday detail in these difficult pandemic times, fraught with caution, distancing, seclusion (which in Italy is now called lockdown), a digital life with relationships we nonetheless managed to keep, amidst remote meetings, video lessons and remote working (or smart working if you prefer, though very often it really doesn’t feel that smart). So why, just when illness, recession, bereavement pain and fear about work and finances hit, contemplating words becomes relevant? Why ponder about “mute” and “mutare”?

We live with words. We are made of those same words we utter, read, write, listen to, remember. Words have a soul, and wings; they announce, they call to mind. They define the world. They’re not made of dreams – indeed, they weigh so heavily on history and on the fate of women and men that they set things in motion, and perhaps even change them. By naming, they conceptualise facts and things.

Nomina sunt consequentia rerum (“names are the consequences of what they name”) said the Romans, who were practical people. But words are also something else, something beyond defining reality. An instrument of power, above all, and as such they wield great force. A lever for politics. “He [Churchill] mobilized the English language and sent it into battle” said Lord Halifax, one of the most dogged opponents of the British statesman, after the speech that led the Members of Parliament to reject any notion of negotiating with Hitler’s Nazis, in Darkest Hour – a great film by Joe Wright, starring an incredible Gary Oldman.

Words inhabit “La voce delle sirene” (The voice of the sirens), to quote the insightful book by Laura Pepe, professor at the University of Milan, about “the Greeks and the art of persuasion” (Laterza Ed.). “According to a famous and felicitous phrase by Homer, words have wings: not like birds but rather like arrows, which swiftly cut through the air straight towards the target, breaking through the heart of those who listen to them.”

The Greeks built the language of philosophers and poets, scientists and legendary storytellers. They brought to life, through words, abstract concepts and formidable myths that founded civilisations of which, thankfully, we still bear the mark today, and their wisdom helps us to live, to plan, to do and to tell. Laura Pepe asserts: “From time immemorial, the Greeks have always known that words can be used to persuade, to show what is true and what is right. But they also knew that words hold a magical force within them: they can turn into a spell that can dominate and steer the spirit of the listener, they can charm like music and heal like medicine, but above all, they can beguile and deceive.”

Words are stones, as Carlo Levi taught us. Yet, they’re also ambiguous, pliable, slippery. They cut, leaving a scar, and they distract, misdirect, betray. Ulysses, a cunning master of these arts, had himself tied to the ship’s mast, so as not to yield to the sirens’ lure.

Words, in short, are redeeming, divine – and dangerous. As such, they need to be used with caution and with cognisance. Words must be respected.

This is why, precisely in uncertain and unpredictable times, focusing on words, and learning how to use them, becomes a necessity – a matter of civilisation, and, at the end of the day, of using rhetoric properly, as Aristotle and later Cicero well knew. In other words, a matter of democracy (dictators and impostors don’t like it at all when words are free and critical). A matter of responsibility.

“We do not know where evil begins, whether from words or from things, but when words become corrupted and meanings become uncertain, the meaning of our actions and of our works becomes equally precarious. Things rely on their names and vice versa” says Octavio Paz, Mexican author and winner of the 1990 Nobel Prize in Literature. And, even more concisely, “A country becomes corrupted when its syntax becomes corrupted.” His is a lesson in culture and civilisation that still resonates.

True, words are affected by changes in time, and language is a variable mechanism: it evolves, as Antonio Gramsci, Don Lorenzo Milani, Pier Paolo Pasolini and Tullio De Mauro taught us. And evolution is anything but the degradation of a language and its reduction to stereotypes and trivialities.

Language is a mongrel, affected by other languages, incorporating terms and syntactic structures, thus building new forms of expression. It’s open source in nature, while simultaneously holding on to a strong identity, rooted yet mobile and multifarious, just like all identities that are open and fertile, incidentally. Hence, that identity must be learned, studied, carefully nurtured. There’s a big difference between modifying and corrupting.

In the year of Dante‘s 700th anniversary, rereading his works means thinking about language (indeed, he’d been an extraordinary innovator of language) and its evolution, while being careful not to fall into the banal trap of adaptations lacking in meaning and function. Best to use proper Italian terms, such as raccontare rather than the English “storytelling”, or consegnare rather than the hybrid “deliverare”.

Mario Draghi, a man of experience and international culture, whose English is excellent and elegant, also warned about the linguistic obsession of pretending to speak English, especially in the jargon of digital technologies and of economy, which ends up adulterating the Italian language.

Therefore, it’d be best to try and ask to stay silent in Italian rather than using “mutare”, and learn how to coin new Italian terms better suitable to express our changing times.