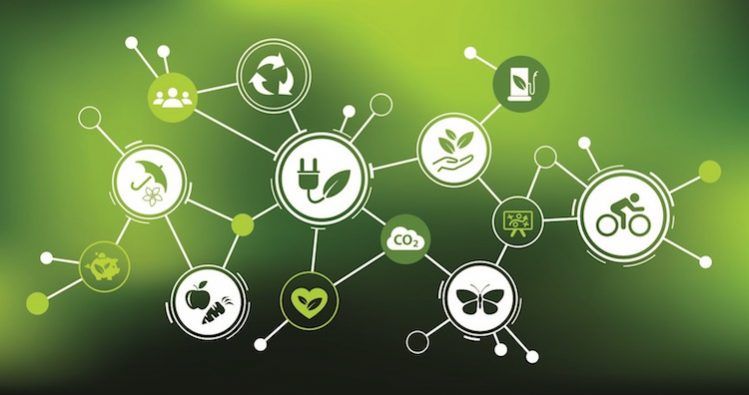 “America’s better future. No carbon and no blackouts”, is the title of the cover story in The Economist on clean and reliable energy, and on President Biden’s decision to launch an ambitious attempt to tackle climate change. Finally. At a time when the slogan that sums up the new US policy is “America is back” – replacing the arrogant and adversarial “MAGA” (or “Make America Great Again”) of the Trump era – and where “back” has immediately spelled a return to the Paris agreement on sustainability, the crucial themes of the environment and the reduction of economic and social imbalances are being systematically revisited on the international scene.

This new course of action was echoed in the speeches of US President Joe Biden, Italian Prime Minister Mario Draghi and German Chancellor Angela Merkel at last week’s G7 summit, demonstrating their shared approach to these themes. Health and climate are now in the foreground, and there is a collective recognition of the importance of the new political direction taken in Italy, in order to strengthen and reinforce the EU strategies pursued in this area. “With Draghi, Italy is in a more virtuous position, and can shift the balance in Europe”, confirmed European Commissioner for Economy Paolo Gentiloni (La Stampa, 22 February). Moreover, in his policy statements in Parliament, Mario Draghi has shown an exemplary approach with regard to Europe’s responsibilities towards the younger generations: “We want to leave a good planet, and not just a good currency.”

The government’s choices for the Recovery Plan are relatively consistent, both in terms of strategic indications and with regard to the establishment of the operational system to be put in place in order to decide how to invest in the green economy and the digital economy, and – after an excessively long period of political negligence and a failure to take responsibility – how to tackle the various issues relating to reform (namely the public administration, taxation, justice, employment, schooling and research). Essentially, we are talking about the changes that are necessary in order to stop the cycle of low Italian growth rates, and to lay the foundations for a better future for our children and grandchildren.

The confirmation of the willingness to make these changes lies in a number of key choices concerning government roles: the implementation of the Recovery Plan hinges upon the offices within the Ministry of the Economy, which are full of skilled, competent individuals, placed in the steady, reliable hands of a minister like Daniele Franco. The role of Minister for Technological Innovation and Digital Transition was entrusted to Vittorio Colao, a manager with international experience, while the role of Minister for Ecological Transition went to Roberto Cingolani, a scientist with excellent management skills (as demonstrated at the Italian Institute of Technology) and a solid grounding in business culture (thanks to his experience at the highest echelons of the company Leonardo). And, finally, the role of Minister for Infrastructure and Transport was entrusted to Enrico Giovannini, an expert in sustainable development who already boasts solid experience in government. These are all choices that suggest that we can reasonably expect a clear and effective era of reform. It is the responsibility of the political forces to facilitate – and why not, to enhance and enrich – this attempt.

As far as Italian companies are concerned, we are currently faced with an extraordinary opportunity to really insist upon the importance of sustainability strategies – many of which have been in operation for some time – as a fundamental lever for strengthening competitiveness and accelerating implementation of these initiatives, finally within a favourable political framework.

Data from the GreenItaly Report, conducted by the Symbola Foundation and Unioncamere, demonstrate that over the last five years (and despite the fact that their core business is based upon traditional activities), 435,000 companies have begun the process of a “green conversion”, insisting on the use of renewable energies (indeed, the very same ones referred to, in relation to the US, by The Economist article mentioned at the beginning of this post), on ensuring companies have a low environmental impact on the territory, on waste recycling, and on other “circular economy” indicators. And “there are more than three million Italian people working within an industry that respects the environment, and the safety and quality of life,” adds Ermete Realacci, President of Symbola.

Opting to take the sustainable route enables many companies to stay at the top of the international rankings, and to strengthen their competitiveness within the global markets. There are, for example, five major Italian companies among the Top 50 businesses nominated by the Seal Business Awards: Enel, Leonardo, Pirelli, Snam and Terna (the ranking measures performance in terms of “Sustainability, Environmental Achievement and Leadership”, or SEAL). Pirelli has also been rated “Gold Class” in the automotive sector by S&P’s Sustainability Year Book 2021, while in other sectors, Enel, Poste Italiane, Prysmian, Telecom, Moncler, Hera, and once again, Leonardo, Saipem and Terna have also received recognition.

For each of these companies – in accordance with their own individual history, area of technological specialisation and specific business culture – a choice made long ago remains relevant today: the choice to focus on innovation, linking the ‘digital’ dimension with that of environmental and social sustainability in an original way. This is precisely the path of action that Draghi’s government is now focusing its attention on, with the explicit collaboration of the Ministries of Transition, both ecological and digital.

The cross-over between the digital and green economies, or between green and blue – helped by the investments supported by the Recovery Plan funds – can enable us to solve some of the most complex problems that beset the Italian industrial structure, with renewed hope for success. The issue of steel and the Ilva crisis, for example. Danieli, Leonardo and Saipem have just formed an alliance (Il Sole24Ore, 19 February) to launch “green steel” processes, which do not use coal – a strategy that could also improve the competitive position of Italian steel on global markets.

And herein lies an interesting indication that is developing during the course of the meetings overseen by Emma Marcegaglia as part of the B20, the official Italian-led G20 dialogue forum for the business and financial world.  The contribution of our companies to the international business environment can be seen in the examples of the virtuous practices that have strengthened our manufacturing sector and related services over time: committing to environmental and social sustainability not as an opportunistic exercise in green-washing, or for communication and marketing purposes, but rather as an essential component of a forward-thinking production strategy, of a quality-based decision that is focused on markets that are teeming with consumers who are sensitive to environmental issues, on financial organisations that prioritise sustainable investments and on the values and interests of all of the stakeholders that have a relationship with the company in question, and who affect its value, credibility, reliability and reputation. The Italy of companies that know how to do business, and do it well.