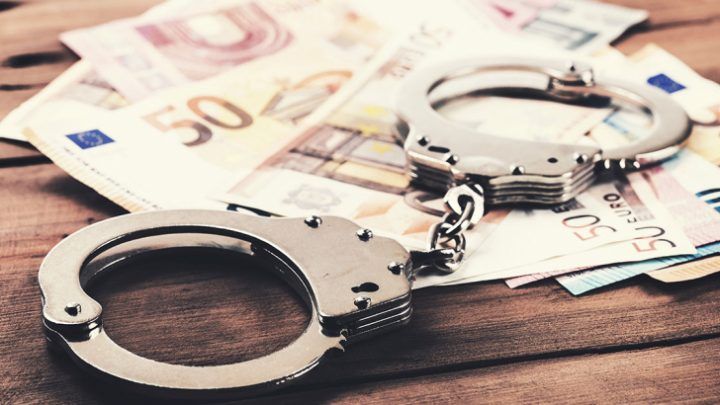 Some people do a lot of their best business during times of crisis, and organised crime is a prime example of this, with some outfits profiting from public funds to help cope with the damage caused by the Covid epidemic and investing in companies that have found themselves in financial difficulty over the past few harsh months, thus widening their grip on the economic fabric through money laundering, contracts, services, waste disposal and the like.

With this in mind, it is vital that we listen very carefully to Minister of the Interior Luciana Lamorgese when she emphasises the links that exist between the mafia and entrepreneurial activities (La Stampa, 9 September) and expresses her concern that the expansion of criminal operations is overwhelming the healthy economy, that is those companies operating legitimately on the markets —

a warning that was echoed at European level just today, in fact, by head of Europol (the chiefs of police of the EU countries) Catherine De Bolle during a meeting in Rome, during which she declared that, “we are witnessing an increase in the infiltration of the economy in Europe”, insisting that “this increase in infiltration is the reason why Europol has asked that funding [relating to the Recovery Fund] be closely monitored” because “the funds set up by the Member States are already being targeted by criminal organisations and we expect this to become increasingly the case”. “Highly sought-after products, such as disinfectants, face masks, thermometers, mechanical ventilators and elusive coronavirus treatments, continue to be the objects of some pretty far-reaching online scams. A more sophisticated modus operandi sees criminals seizing businesses’ identities and offering to sell victims pandemic-related products, only to then disappear into thin air. The victims of such scams have included member state health authorities and private companies”, De Bolle added.

Italy is particularly exposed, and at greater risk than other EU countries.

“It would be reductive, at this point, to speak of mafia infiltration”; what we are faced with is a structural presence of the ‘Ndrangheta, Camorra and Cosa Nostra gangs within the economies of the northern regions, with the magistrates responsible for investigating mafia affairs in Milan, in fact, reminding us that the ‘Ndrangheta alone generates a turnover of 55 billion a year, 44 billion of which is made in the north. Indeed, Francesco Messina, head of the Police Anti-Crime Division, reported as early as last June that “the gangs’ interests now lie in the Veneto region, with the mafia lending money to companies in crisis” (La Stampa, June 15). A growing phenomenon, then, that has followed the strong roots that the Calabrian clans have put down in Lombardy and efforts to expand their operations in Piedmont, Liguria, Emilia, Val d’Aosta, Trentino and Alto Adige, all of which have been well documented by thorough journalistic investigations (L’Espresso, 12 January: “The Calabrian gang network is infiltrating places of power and continues to expand throughout the country, from the Strait of Messina to the Alps”) and some excellent reportage books (including Crimini a Nord-Est by Luana de Francisco and Ugo Dinello, Laterza).

Another voice that we should be listening to is that of Milan-based Colonel of the Carabinieri and Commander Luca De Marchis, who explains that “the clans have money to lend to business people; the soil is fertile here, and it’s important that a damn be put in place. What we need is a great cultural battle” (La Repubblica, 9 September).

What it all boils down to is the risk of a depraved combination of an economy that is struggling in the midst of a recession that has turned everything upside down, and the significant financial resources that criminal groups have at their disposal. The Ndrangheta, Camorra and Sicilian mafia have been active, especially in Lombardy, since the 1980s, with Apulian bosses also making their presence felt in more recent times. The clans put down roots in provincial areas before expanding into the cities, getting their hands on businesses operating mainly in the construction, commercial, services and even certain healthcare sectors and establishing close relationships with public administration spheres. Furthermore, thanks to a network of collaborators (so-called ‘grey area’ professionals – accountants, lawyers, financial figures, politicians, etc.), they have managed to extend their operations to all fields in which financial weight and unscrupulousness in doing business are major levers of success.

The investigations undertaken by investigators and various judicial operations, which come with some rather harsh sentences, indicate an extensive, wealthy, threatening network with a significant ‘share capital’ of conspiracy and complicity,

a network that must be fought with great determination. Efforts to investigate and repress such activity are vital, though it is important, at the same time, not to ‘lower one’s guard’. But initiatives on the parts of civil society, employers’ organisations and workers’ unions are also vital, precisely because of this ‘cultural battle’ of which Colonel De Marchis speaks.

The Assolombarda association has been on the frontline against the mafias in the battle for legality for years now, unearthing documents and staging investigations, conferences, debates with magistrates and investigators and meetings with students in Milan and at schools in Monza and Brianza, its aim being to build and strengthen public opinion on protecting the healthy economy and businesses that ensure the economy runs smoothly.

This involves, first and foremost, a commitment to working with the companies belonging to the Association on bringing the true face of the mafia to light and preventing infiltration.

The mafia, it explains, is not a service agency that can be relied upon to solve a credit problem, obtain a favour from the public administration, win a tender, dispose of waste or beat the competition. A relationship with a mafia clan (even when you start dealing with apparently innocent brokers or business professionals) is a form of pollution that will do permanent damage, and establishing contact with a boss means not saving but rather losing the company for good, with the business person in question often left alone and disorientated. Consultation initiatives (such as the ‘helpdesk’ that Assolombarda has set up for small and medium businesses) are an important step in providing reassurance, clarification and help.

Consultation initiatives among business people have proven successful and had a wide-reaching effect, including some rather alarmed responses with the realisation that the mafia is truly cancerous where the economy is concerned.

It is important, however, that such initiatives continue, especially in these difficult times of crisis in which many companies, finding themselves in difficulty, may be tempted by mafia short-cuts, notably where credit issues are concerned. ‘Credit consortia’, over which business associations have some say, can provide advice and support.

The fight against the mafia, as viewed from the perspective of business associations, is a widespread fight for legality and for fair and transparent competitiveness; cultural initiatives designed to prevent the penetration of criminal bosses, then. But there is also a demand for good policies, both local and national, to simplify public administrative procedures, make procurement and service practices transparent and effective and avoid lengthy and difficult procedures (such as slow payments on the part of the public administration, which can suffocate businesses and jeopardise their regular cash flows). Economic legality and freedom. Legality and space for the market economy to grow based on a culture marked by freedom, competitiveness, responsibility and sustainability are the cornerstones for spreading a good business culture.

The general ethos behind this commitment was summed up by Piero Calamandrei, one of the ‘fathers’ of our Constitution, who claimed that, “Even with legality there is still no freedom, but without legality there can never be freedom, because only legality guarantees, in the least imperfect world possible, that legal certainty without which there can essentially be no political freedom”.