The too-many things Italian people don’t tell each other, and the need for a new era of responsibility 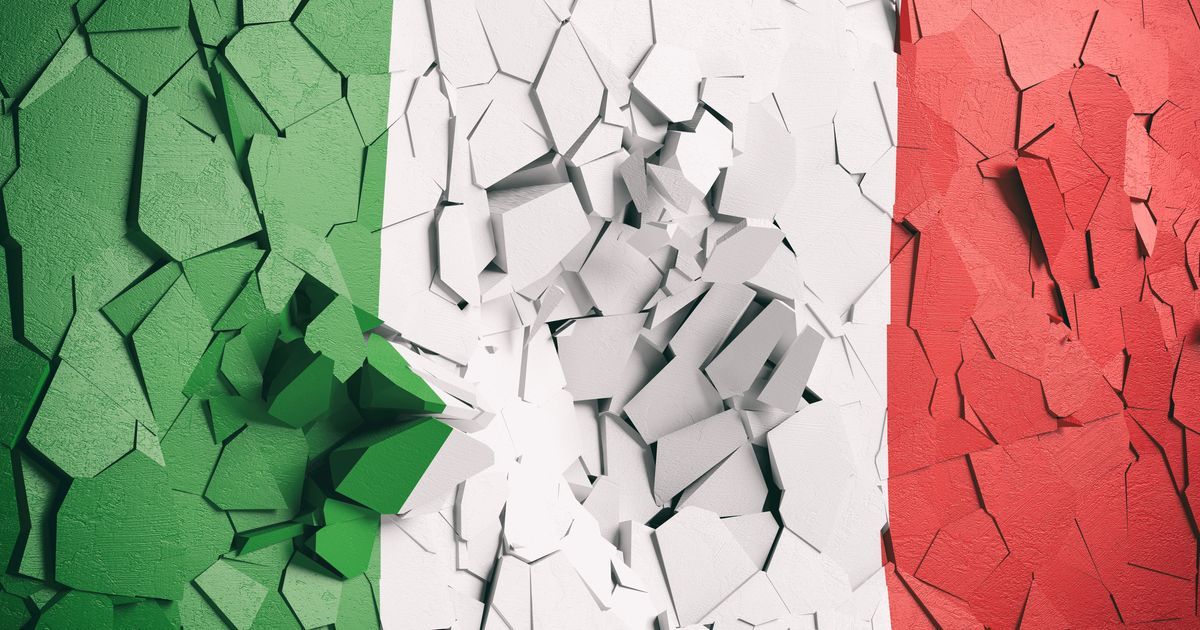 “Italy is like a square wheel that doesn’t turn, and which moves forwards with difficulty”, states Censis – once again a skilful creator of evocative images – in its annual report, as presented on Friday 4 December. Torn in two by the pandemic, between public employees with their safe jobs and salaries and employees of private companies that find themselves in serious economic difficulty, with their activities at a standstill, facing lay-offs, creeping redundancies and the disappearance of 5 million transient workers. An Italy that is in any case full of fear and uncertainty, facing a stark future, with confidence in tatters, and savings (for those who can still afford them) that are growing dramatically because – faced with the insecurity of tomorrow – people are neither consuming or investing. An Italy cajoled and gratified in equal measure by those in charge (but also by those in opposition) by means of the bonus economy (a subsidy here, a bit of aid there, an early pension, a “citizens’ income” that encourages people not to work, a promise of support, a postponement of taxes – all ending in debt) but so far, marginally (and poorly) involved in serious investment projects for the recovery and relaunch of the country.

A “country without”, to borrow the very apt title of an essay by Alberto Arbasino from 1980, just forty years ago. A country that often survives on scams, deceptions, illusions and accordingly, searing disappointments, which then mutate into anger and resentment. A country disheartened by “Le cose che non ci diciamo (fino in fondo)” (The things we don’t tell each other (in full)), as the title of Ferruccio de Bortoli‘s latest book for Garzanti goes – a substantial, passionate and well-documented catalogue of the games revolving around half-truths and endless reticence that bring down public discourse in Italy. A severe, cutting book, full of data, facts and reasoned points of view, as is characteristic of good journalism (now somewhat rare, unfortunately). A book to be read, highlighted, mulled over.

And yet, in spite of everything, we are a better country than the representations of a rash, hasty nation suggest. Because, for all those public employees who have taken advantage of smart working to work even less, and with less supervision, there are also the tens of thousands of doctors and health workers who have demonstrated professionalism, responsibility and dedication, along with the police and carabinieri who have been on the front line in order to maintain public order, the public service workers who have kept trains, buses and trams running, not to mention the teachers and professors who have continued to teach – regardless of the lack of “desks with wheels” (a whim discussed by leaders with no sense of reality) – focusing instead on the content and methods of their lessons, in these challenging times of distance learning and major inconvenience for students (tens of thousands of whom do not have an internet connection or computer in order to be able to take part in online lessons).

In short, Italy is wounded but still on its feet, not least because, despite everything, companies – by ensuring their employees are safe – have continued to work, produce and export, generating the wealth on which tax revenues, collective well-being, employment and future possibilities depend: the real economy versus the economy of subsidies that is so appealing to too many politicians seeking approval and support.

To put it briefly: in the midst of such painful and difficult times, Italy has demonstrated that it has a strong social capital and a widespread sense of responsibility, as well as a community spirit that could serve as the foundation for a new beginning. But alongside these noble attributes are selfishness, corporate forces and a lack of responsibility – an unstable and dangerous blend.

As such, we must know how to build ourselves an exit route. How? One suggestion comes from the “Address to the City” given by the Archbishop of Milan, Mario Delpini, as delivered every year on the occasion of the feast of St Ambrose: adopting a “defeatist attitude is unjustified” and in its place, we must insist on “trust” and “hope”; as such,“we must choose between being victims of fear, or building a community”. In short, “we praise those who remain in their roles in healthcare, in shops, in schools…” because “thanks to them, our city continues to function, even in the depths of a pandemic.” Taking on the problems and pains of others, and their “fragilities”. Caring for the weakest. And constructing a new sense of participation and responsibility. Delpini insists: “There are no shortcuts. The easy choices presented by populism and decision-making authoritarianism and the seduction of charismatic personalities do not respect the dignity of the people. Indeed, they often lead to disaster.” Realism, rather, is what we need. Or industrious pragmatism. And dedication, in order to “give a face to Ambrosian humanism”. A powerful speech, of truth and civilisation.

Let’s take another look at de Bortoli’s book, then, in order to gain a clearer understanding. We don’t tell each other, for example, that “we are living beyond our means”, investing little, living off the wealth we have accumulated in the past and, above all, leading to the increase in public debt – that is, passing on the cost of our current prosperity to our children and grandchildren. The Covid-19 pandemic and the recession have certainly worsened the overall picture, increasing the spread of “new poverty”. But, insists de Bortoli, we prefer to delude ourselves with regard to the generosity represented by subsidies (the so-called “quota 100” for pensions, the “citizens’ income”, and an infinite number of tax breaks), while disregarding the need to increase productivity, the real work that needs to be done with the dedication of businesses and with investment in innovation and training, as suggested by the EU Recovery Plan .

And here we come to a fundamental point that de Bortoli quite rightly cares about deeply: the importance of schools. And so we continue to behave irresponsibly, condemning new generations to grow up ignorant, in debt and unable to deal with the new demands of the sustainable and digital economy and society.

Nor do we tell each other that there are too many people evading tax, shifting the burden of taxation onto a small number of law-abiding individuals and businesses. Or that returning to the idea of an “entrepreneurial state” is a mistake, after the disasters of the past. And that competition is an indispensable component of balanced growth, even if many are trying to limit it or nullify this in order to cultivate positions of power and generate income beyond their own abilities – and merits.

The last chapter is dedicated to Luigi Einaudi’s responsible frugality, recalling the moment he offered “half an apple” to his guest after a simple lunch, and to the concerns of parents in the 1950s and 1960s as they sought to work, save and invest for a better future for their children. “Living,” comments de Bortoli, “has never been easy. And nor will it be in the future. Welfare is not a right. Sometimes we act as if it were. Citizens’ welfare does not exist, unfortunately. Today, sacrifices are even more necessary than ever. But nobody talks about it. We cannot expect anything from the state if we do not support it, through fair taxes and a greater sense of civic duty.” This is precisely what we should be saying to each other, clearly and insistently: we need a sense of civic duty, of community, of responsibility. A large proportion of Italy embodies these social qualities well. And it deserves attention and respect.