Top universities win acclaim but they are all losing students
Italy’s competitiveness is getting worse as well: we are paying for serious technological delays 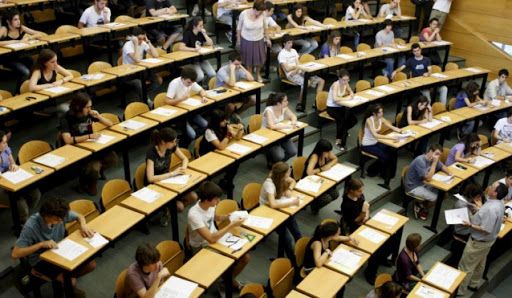 Our top universities are improving in the international rankings: 36 are among the top thousand in the world. The Polytechnic of Milan is the first in Italy and 137th in the Qs World University Ranking 2021, followed by the University of Bologna, the Sapienza of Rome and with 33 other universities. Milano-Bicocca is mentioned for scientific subjects (the USA are always at the top of the Qs, with Boston’s MIT, Stanford and Harvard). In another ranking, from the “Financial Times,” the Finance degree from Bocconi University is ranked seventh in the world, after five French universities and St. Gallen in Switzerland and before MIT Sloan and Imperial College London.

Here’s the good news: we have achievements to be proud of in the world of education.

But here’s the bad news – in general, our universities are getting fewer registrations, with 37,000 less enrolments over the last 15 years. It’s true that recently we had been regaining young people, but the first few months of Covid-19 have frozen everything.. Worse still, because of the squeeze caused by the health crisis and the resulting recession, graduate employment plummeted by 9% in the first five months of 2020.

Looking at both sets of data together, one thing leaps out to the critical observer: in a period where the “knowledge economy” is gaining importance, Italy is losing steam. We have less graduates than other European countries. In fact, numbers are in decline. This results in a competitiveness crisis.

The key issue is: a lack of competitiveness. Italy’s economic growth as been struggling for twenty years. The productivity of the country system is at a standstill. The boost from the best companies, those that innovate, invest and export, fails to compensate for the unproductivity of the public authorities. Many public services take away from market dynamics and the political sector has client lists with bad motives, companies that do not evolve, preferring to stick with protections and subsidies (Alitalia is the most striking example of this).

Unfortunately, the words “competitiveness” and “productivity” resonate little with the States-General, convened by the Conte government and ongoing Rome, apart from in the opinions of entrepreneurs about the issue. This should be the central problem when forming government responses, with serious and consequential choices. Otherwise, we will remain in the swamp.

There are basically two major pillars of economic development, especially in the most robustly industrialised countries. One is the green economy, choosing environmental and social sustainability for balanced growth, that does not devastate natural resources and radically corrects increasingly unacceptable social inequalities. The other is investment in the digital economy, for products and services that can take advantage of the opportunities of artificial intelligence, big data, cloud computing, robotics and all the developments of the Internet of Things.

These are the EU recommendations for the use of the Recovery Fund “Next Generation” resources, to try and get out of the pandemic and the recession: major investments in infrastructure, both material and intangible; the development of European-based 5G; a radical innovation in our economies, to finally address the issues of quality and sustainable development and to establish converging economic and social cultures and policies. These measures would help Europe and individual countries deal with health shocks and major environmental challenges (such as mitigating climate change without eliminating economic growth, or even strengthening it) and social balances.

How? By investing in research, education and lifelong training. Also, guiding the transformations that the evolution of the digital economy imposes on our lives, changing them and often improving them (we have seen the implications on health, work, school, transport and services in the months of the pandemic and lockdown).

Italy is way behind in this respect. Graduates make up just 19% of the population, compared to an OECD average of 37%. Many of our young graduates go abroad, looking for better opportunities for life and work. We are in third place in the EU for digitisation and last for “digital skills” (the European Commission’s DESI index, Il Sole24Ore, 12 June). We suffer from a dramatic technological delay. The reduction in the number of university applicants and graduates, which we mentioned earlier, will only make the situation worse. Having a core of excellent universities, which can compete on an international level, is a source of Italian accomplishment and pride, but it does not bridge the gap in the country system. If anything, it shows that by following the example of the best facilities, the whole school and education system could improve greatly, at every level. There needs to be adequate investment, quality political decisions and awards for merit and competence.

It’s therefore essential to invest in education. In schools and universities. In research, science and technology transfer. In digital innovation which can transform all the country’s institutions, leading to a strong restoration of competitiveness.

It’s important for the politicians to focus on these issues, over and above platforms and rhetoric. The government and political forces need to study more and better, avoiding the easy communication choices of propaganda. They need to finally show that they are capable of being consistent with the opportunities put in place by the EU, in extraordinary amounts. They need to avoid wasting EU funds. Finally giving Italy what it is owed and what it deserves, following the struggle of these last few months: an improved development path, especially for the future generations. .

A new Delors plan for the EU And Italy cannot waste money on subsidies
The media runways and the plans for development. There’s a keyword missing: execution. Concrete choices and the responsibility of those who are called upon to act
An agreement for the recovery of Italy between Bankitalia, the government and businesses, in order to ensure EU funds are used properly
Load more
Grazie per la tua richiesta
Abbiamo preso in carico la tua richiesta, il team della Fondazione Pirelli ti contatterà per confermare la disponibilità.
Grazie per la tua richiesta
La prenotazione al momento non è disponibile.
Thank you! Registration was successful!
We have sent you an e-mail to the e-mail address you provided. Click on the link inside to confirm the registration.
Register
Already registered? click here
Warning! Check the correctness of the data entered.
Enter
Forgot password? click here
Warning! Check the correctness of the data entered.
Forgot password?