The importance of women in STEM and the rediscovery of a pioneering woman physicist: “the tiger of Noto” 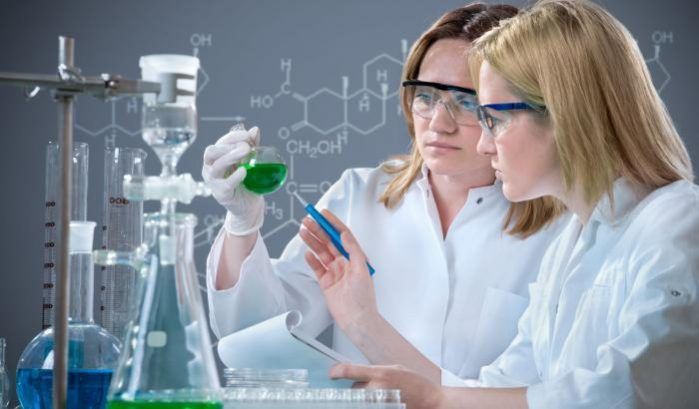 “Why did air encroach upon space? What led us to the eternal? Where, where did the stars run to? When I entered the class and sat down, the questions pressed down on us, seized the air, flitted about the students’ heads. The professor came in, said hello, quickly counted us. He paused when he saw me and smiled. I was the only woman.”

Faculty of Mathematics, Sapienza University of Rome. Autumn 1915. This woman was Anna Maria Ciccone – curious, enterprising, determined not to share the same fate of other girls from wealthy Sicilian families (she was born in Noto in 1891): a good marriage, children, housekeeping, the wealthy and tedious passing of time in an ancient province. She had a passion for science, the light, the stars. She wanted to study, understand, research, teach. So, against her parents’ will, she left Sicily, started studying mathematics in Rome and soon after won a public competition to gain admittance to the Scuola Normale Superiore university in Pisa. Fascinated by the then revolutionary ideas of Einstein, she caught the eye of a few supporters. And then, from Pisa to Germany, and back to Pisa, always in search of “a small glimpse of knowledge…”.

Simona Lo Iacono, a writer of indisputable and captivating talent, told her story in La tigre di Noto (The tiger of Noto), published by Neri Pozza. Ciccone had a strong inclination for scientific research, as well as a civic passion combining a mighty sense of responsibility, which led her to defy Nazi’s anti-Semitic raids and save 5,000 valuable Jewish books. She enjoyed the latest ideas on relativity and quantum physics that were changing the world, and showed an eager yet austere vocation for teaching. Indeed, she taught experimental physics in Pisa, did research in atomic and nuclear physics at the Collège de France, and qualified for two full professorship posts, to which “she was never appointed, because she was a woman.”

Re-reading her story, remained unknown for so long, is worthwhile, especially now that Italy, too, is increasingly becoming aware that more women are needed in science and, more in general, in STEM – which stands for Science, Technology, Engineering and Mathematics. Anna Maria Ciccone, Marianna to her friends and colleagues, was in fact a pioneering STEM woman, a leading figure who exemplified the significant role played by high-level women scholars in science and research, and how significant an original and inquisitive attitude, the ability to wonder and ask questions, the combination of emotional intelligence and rational investigation, can be.

“Role models. 50 successful women in tech and science: become one of us”, reads the title of an article in CorrierEconomia (6 September) on the results of a study undertaken by Inspiring Fifty, an initiative launched in 2015 by two Dutch digital entrepreneurs, Janneke Niessen and Joelle Frijters, aimed at enhancing the role of women in high tech companies and science, and at encouraging girls and young women to choose a career in science.

“Promoting the debate on the value of STEM education and the role of women in technological innovation is the duty of society,” states Marilù Capparelli, managing director of Google Legal Department, one of the Italian women included in the Inspiring Fifty. Other Italian role models include Anna Grassellino (director of the National Quantum Information Science Research Center of Chicago); Barbara Mazzolini (associate director at the Istituto italiano di Tecnologia of Genoa); Diana Bracco (president and CEO of the eponymous pharmaceutical group); Nunzia Ciardi (director of the Italian Postal Police); Luisa Lavagnini (director of Research and Development and Technological Innovation at Eni); Nicoletta Mastropietro (Chief Information Officer for the high-tech company Leonardo); and many more women from Italy, other European countries and the US. All keeping a watchful eye on the relationships between science, technology and environmental and social questions. “To address the environmental issues of our century we need engineers, chemists, physicists. But we also need more women, because the solution to a global problem requires diversity, in ideas and attitudes, as well as the experience of both women and men,” says Giovanna Laudisio, co-founder and CEO of Naturbeads, a start-up focused on trying to solve the problem of microplastic pollution.

A STEM future where women will be the protagonists, then.

A thought comes to mind, however: the acronym could be enhanced, from STEM to STEAM. By adding the “A” from Arts to these vital scientific skills, we’d also include that totality of humanistic knowledge necessary to conceive original concepts, a sign of a more heterogeneous “polytechnic culture” (a recurring term in our blog).

Indeed, new technological challenges, from sustainability to the recent types of Artificial Intelligence, always necessitate synergy between different sets of knowledge (an attitude that, by the by, is associated with Italy and – according to some – to women). And our efforts to “learn to learn” should include precisely that emotional intelligence we talked about.

It’s worth, then, reiterating a remark included in last week’s blog, made in reference to industrial humanism and – especially – digital humanism by Christian Greco, director of the Egyptian Museum of Turin: “It’s time to introduce what can only be defined as digital humanism, in which archaeologists, anthropologists, architects, historians, philosophers, neuroscientists, psychologists work side by side with chemists, physicists, computer specialists, in order to attain the definition of new semantics that will allow us to understand and process the complexity of our reality.”