Italian industry is back up and running, there is a new air of confidence and recovery 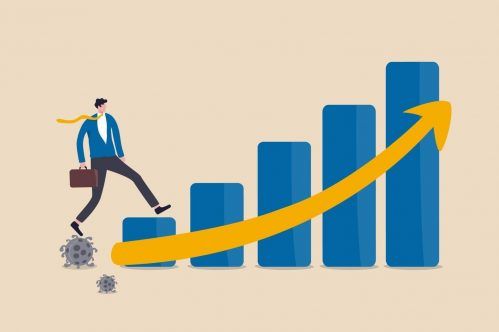 Italy is on the move again and the Covid19 pandemic figures show a steady decrease in the number of hospitalisations and deaths. Although the health and social crisis is far from over, a light wind is blowing and there is talk of reduced health risks and economic recovery. The Italian vaccination campaign is going well, thanks to General Figliuolo’s smart and competent coordination. Public attention is shifting to two key words: confidence and recovery.

First and foremost, confidence is a vital component of any hypothesis for growth in investment and consumption. On Thursday, Istat reported that the consumer confidence index rose to 110.6 in May, the highest level since January 2020 (pre-Covid), while the business confidence index rose for the sixth consecutive month, from 97.9 to 106.7 (we have to go back to 2017 to find a similar value). “The ‘country’s stomach’ is bearing the brunt”, commented Dario Di Vico in the Corriere della Sera (28 May), noting that “civil society, from the basic family unit to the services sector and factories, has held up and proved capable of absorbing a large part of the hardship caused by the pandemic.” In short, society has acted as a shock absorber for the crisis, it has suffered but has not bowed or broken down; it has cautiously changed its behaviour, used its savings and is now in a positive frame of mind to start again.

The good work being done by the Draghi government, including the NRRP projects (the Recovery and Resilience Plan) and the pending or almost ready-to-go reforms (simplification, public administration, justice), are fuel for confidence. The growing credit Draghi enjoys as a leader with a European perspective also plays a positive role. His increased approval rating (66 points, up 8 from April to May), as shown in the latest Ipsos survey (Nando Pagnoncelli in Corriere della Sera, 29 May), clearly confirms this.

These considerations naturally do not overshadow the severity of the health and social crisis that is still ongoing, nor the grief over deaths, the serious personal, economic and social hardships, nor widespread concerns about the future. Yet, there is no “social revolt” on the horizon, despite the activism of the populist leaders, especially on social media. If anything, the Italian inclination for “resilience” is increasingly evident (it’s a pity that this word, overused and abused by political rhetoric, is losing its impact).

The second key word is: recovery. Data and forecasts also speak for themselves in this respect. The Centro Studi Confindustria (The Confederation of Italian Industry Study Centre) estimates a 4% rebound in GDP in the second half of the year and indicates “a narrow but rising path”, with industry playing a strong driving role. Carlo Cottarelli, president of the Observatory on Public Accounts, speaking Sunday on the broadcast “Mezz’ora in più”, predicted that the “GDP could go as high as 5%”, more than what the International Monetary Fund and the government are saying. Renato Brunetta, Minister of Public Administration, claims that “in terms of GDP growth rate, the rebound will be closer to 5% than the 4% forecast. Maybe a bit more than 5%”. In short, “I have the feeling that we are on the verge of a new economic boom”. “The summer of recovery”, was the optimistic headline of la Repubblica (30 May).

Good news has arrived from those regions that have traditionally been the driving force of recovery. “Lombardy is back on its feet and companies are hiring,” announced Alessandro Spada, president of Assolombarda (Il Sole24Ore 28 May and la Repubblica 29 May). He spoke of an 8.7% increase in manufacturing production, dynamism in the association’s key areas (Milan, Monza, Brianza, Lodi and Pavia), growing exports thanks to the recovery in Germany as well as in the USA and China, along with a bright moment for domestic consumption.

So, everything is all right? Of course it’s not. There are still economic areas that are struggling (services, tourism, trade). Infrastructure shortcomings are becoming apparent (“Two out of three building sites are either at a standstill or working sporadically,” complains OTI Nord, the Infrastructure Observatory covering the Confindustria (Confederations of Italian Industry) of Turin, Genoa, Milan, the North East and Emilia, representing 2.2 million businesses, 56% of GDP and 70.4% of national exports). There is also great concern that the sharp increase in raw material prices could put industrial production under pressure.

Yet, all in all, the atmosphere is positive. Milan is a key city in terms of appeal and is central to the flow of people and resources between Europe and the Mediterranean. None of the major international real estate investments agreed before the pandemic have been cancelled or postponed, the real estate market is growing in value and volume, its universities continue to be popular with 200,000 students (many of them from abroad), and traditional successful activities are resuming (the Salone del Mobile is the most obvious example). “Milan has the antibodies to restart,” confirms Spada. As for the tensions over employment and the end of the lay-off freeze, he adds: “I have no indication of the announcement of mass redundancies or full-scale crisis. On the contrary, companies, whose business is growing, are struggling to find suitable job candidates. This is not a temporary problem, but a chronic one in many sectors.”

The effects of the crisis have accelerated the pace of change and some companies have to restructure. There are fears of closures, downsizing and job losses, particularly among small and medium-sized companies.

Nevertheless, the employment picture has to be seen as a whole, not by freezing the current situation and postponing restructuring, but by speeding up the reform of social safety nets, from support for those who lose their jobs temporarily, to retraining and active policies for finding new jobs.

“The mechanical engineering industry is on the hunt for new skills, the recovery is underway,” says Federico Visentin, president-elect of Federmeccanica (The Italian Mechanical Engineering Federation), stating that “robot designers and programmers and other skilled personnel with technical, green and digital experience and expertise cannot be found”. Confindustria’s Youth Guidance experts add: “Industry is lacking 110,000 Stem (science, technology, engineering and mathematics) professionals” but also people with humanistic knowledge, required to deal with the needs of the digital enterprise and applying artificial intelligence to production, distribution and consumption processes.”

In other words, it is a situation in the midst of change. It is full of conflicting signals, but we are now heading out of the worst season of the crisis and towards a new start. The EU Recovery Plan and the Draghi government’s Italian Plan, with public investment and reforms, will provide a crucial boost.