Italy regains confidence and starts its recovery, but the goods industry and new investments are still affected by the saving trend 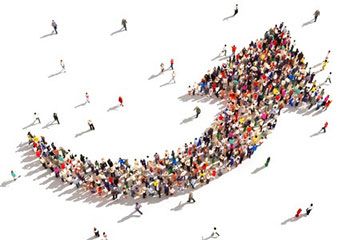 “La storia siamo noi. Nessuno si senta escluso” (“We are history, nobody should feel left out”). This quote from one of the Italian singer-songwriter Francesco De Gregori’s most poetical and impassioned songs marked the speech by President Sergio Mattarella for the anniversary of the Italian Republic, on 2 June. And, in times of crisis, reiterating the value of a common commitment, a sense of responsibility that’s necessary to build a better, more balanced and sustainable future as a community, it’s all the more beneficial. All things considered, and despite downfalls, shadows and mistakes, Italy has managed to survive the pandemic rather well. But now we need to contend with the recovery, and Mattarella emphasises the need for confidence, as well as highlighting the positive choices the Italian people – the institutions, the companies – have already made. “The country never stands still”, he asserted, adding, “Italy, our homeland, has what it takes to make it through.”

This is a historical reference to the post-war period when, despite the “material and moral rubble”, Italy resumed life and started planning for the future. 75 years ago, on 2 June, the Italian people casted their votes in a referendum to choose between monarchy or republic and the election of the Constitutional Assembly. The Republic won; the dismal times of a monarchy heavily compromised by fascism, racial laws and the war came to an end, and work towards a fully democratic Constitution, replete with exacting directives on rights, duties and responsibilities, began. The restoration started (“First the factories, then the houses”, agreed the Confindustria president Angelo Costa and the CGIL (Italian General Confederation of Labour) leader Giuseppe Di Vittorio: a record effort in entrepreneurship and labour), and despite weighty political and social conflicts (these were the times of the Cold War), the foundations were laid for what, in the 1950s and 1960s, developed into an economic boom, also boosted by the emergence of Europe as a common market and a community brimming with political values that are still significantly relevant nowadays.

Today, the economic, social and especially political framework is rather different than in the post-war period, yet President Mattarella’s timely reminder to that period underlines how and how much Italy, during an emergency – whether it’d be natural disasters, terrorism, mafia violence or severe recessions – always succeeds in giving its best.

Here’s confidence, then. Indeed, the confidence index of households and companies is rising (as mentioned in last week’s blog), and this year’s economic growth will increase by 4.7%, and by 4.4% in 2022, according to ISTAT (Italian Institute of Statistics) calculations (“Industry and goods, Italy gains confidence and the recovery accelerates” writes La Repubblica, 5 June). And the Draghi government is optimistic, forecasting a 5% increase. Industrial companies have resumed production and export activities for some time now (“Orders, exports and confidence. Lombardy drives the country” proclaims the Il Sole24Ore, 6 June). And the retail and tourism industries are also hearing positive noises that this summer their recovery will begin.

This feeling of confidence is backed by solid reasons, considering the economic climate and the way the healthcare system has responded to the pandemic. After some initial uncertainty, the vaccination campaign continues undeterred, with efficiency and effectiveness (General Figliuolo’s coordination efforts have been incredibly beneficial). The government is showing great commitment in the definition and approval of the PNRR (Piano nazionale di ripresa e resilienza), the Italian recovery and resilience plan, as per EU indications, and is confident that the first instalment of the 200 billion total EU funds for Italy will be issued by the summer. Ongoing reforms (in relation to justice, public administration, employment, education) are, unsurprisingly, running into opposition and obstacles, also due to the various interests and identity conflicts occurring within the government coalition parties (including tired attempts to seek consensus by turning to welfarism and public expenditure). Still, up to now, Prime Minister Draghi has positively succeeded in identifying and forcing compromise.

It is also reassuring to see that Italy’s reputation is on the rise in EU fora, and just at a time when Europe is reassessing its own role, regulations and considerable responsibility on the global stage (with Draghi retaining his position as a major reference point).

There remain, nonetheless, some pockets of uncertainty, where confidence is being only partially – timorously, in some cases – restored. The saving ratio, for instance, is something that should be carefully monitored: In 2020, the household saving rate has risen to 15.8%, almost double than in 2019, and the trend continued during the first months of 2021, too: money that could be spent on goods and small investments but stay idle due to uncertainty in the immediate future, to fears concerning employment, health, the children’s future (families continue to act as a huge social shock absorber for the next generation).

And the same is with several businesses, which are actually active and in good health yet hold on to their liquidity while waiting for the government to provide a more accurate overview on how it will proceed with the digital and green transitions before investing in social and environmental sustainability and in innovation (assets that are fundamental to competitiveness).

The general situation can be summed up like this: the recovery is underway but has not yet gained full momentum and, despite a climate of growing confidence, a large proportion of the Italian population would rather wait for a clearer picture in order to feel safer about their future.

A message of hope and confidence from the Quirinale and Palazzo Chigi, from an authoritative and proactive Prime Minister, is therefore essential, and parties play their role, too, in reassuring public opinion. Internal bickering, both in the centre-right and the centre-left, and tensions within individual political forces are, alas, no longer congruous with the difficult times we are experiencing and with the basic needs of the great majority of the Italian people.

And there’s yet another glimmer of hope on the horizon: Prime Minister Draghi has made it known in more than one occasion that his term might run up to 2023. This is good news, a reassuring indication that there will be enough time for those planned reforms meant to modernise Italy to become deeply embedded, and to start making good use of Recovery Plan funds, by investing in the development and quality of life and of Italy on the global stage, for productivity and competitiveness. Confidence, after all, can be built up.