Unceremonious dismissals via WhatsApp and the dialogue culture of progressive enterprises 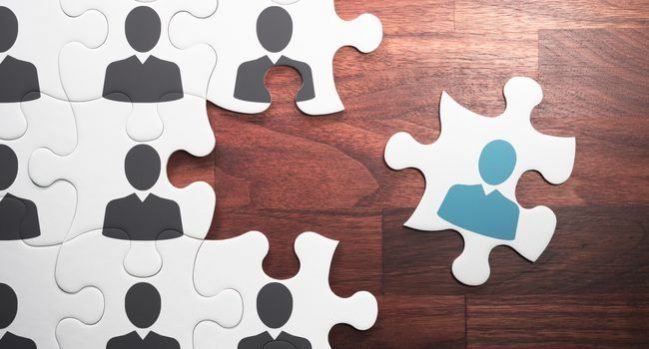 Italy has always boasted a long-standing work culture tradition that today, too, represents a benchmark for those enterprises that even in times of crisis pay heed to the good rules of industrial relations. This is the kind of corporate culture Marco Tronchetti Provera, Chief Executive Officer and Executive Vice Chair of Pirelli, referred to when he addressed the recent matter of the dismissals carried out by two companies, GKN and Giannetti, controlled by international funds – dismissals announced to their employees via text and WhatsApp messages. Going beyond the issue of whether the economic reasons leading to the companies’ shut down actually are legitimate or not, their chosen means of communication is highly debatable. As Tronchetti asserts: “I believe that a culture of responsibility should also include the choices funds make as, after all, people are behind their decisions. A sense of responsibility should always be present: this doesn’t mean ignoring the interests of investors, but rather the opposite.” More in brief, “Even those not directly involved with Italian affairs should, I believe, respect the country’s social structure all the same” (interview in la Repubblica, 13 July).

Basically, there are rules but also good forms, and both need to be observed, even during a severe business crisis. “The responsibility of a company, of an entrepreneur,” argues Tronchetti, ”is to make the least harmful choices for those who work within the company. There are social buffers, tools that help people and families go through a period of crisis by giving them hope for the future.” And within this framework of care, “dialogue remains nonetheless essential, even when dismissal becomes the only viable option.” Therefore, “there is a path, obviously an increasingly strenuous path, but it’s the only one to follow.”

Italian history chronicles a long and complex evolution of industrial relations that has very often discovered innovative solutions out of a crisis precisely in the dialogue between companies and trade unions, through a critical review of the factors determining competitiveness. Evidence to this effect can be seen in the heritage and relevance of companies like Pirelli, as well as many other responsible enterprises.

Indeed, as the Italian economy developed, such dialogue – often harsh and bitter perhaps, yet always heartfelt – between social partners and their representatives, gave rise to decisions that led to the recovery and relaunch of the country, even during the hardest times.

Decisions related to industrial policy, to improve the competitive environment for the benefit of the company. Financial decisions, for market efficiency and transparency. And decisions about welfare, to reduce the impact of crises and change on people, workers, and their families, but also to safeguard skills useful to find work, such as the professionalism and expertise inherent in a certain job rather than just the old role attached to it.

The specific events concerning GKN and Giannetti, together with many other stories of corporate crisis, rest in the hands of the Ministry of Economic Development. And every crisis has its own roots, its peculiarities, its reasons and mistakes, but also scope – or lack thereof – for solutions.

Nevertheless, as Tronchetti points out, all crises share a common feature: a company’s responsibility towards the territories and communities from which it has drawn strength, knowledge, creativity and productive drive. And furthermore, a commitment to try and resolve the crisis, or at least a civilised way of dealing with its final stages when, once all attempts at recovery have failed, closing down becomes the only option. Social buffers will play their part.

Yet – here’s the crux of the matter – these buffers must be reformed, improved and made much more effective, especially at a time when the thrust of globalisation and the spread of new digital technologies are radically transforming economic contexts, businesses’ competitive characteristics, forms of labour and the organisation of products and services.

The Draghi government is aware of the need and urgency of such a reform: not ‘welfare-flavoured subsidies’, but rather investments to support vocational training, relocation, and to overcome the existing mismatch between employment supply and demand, and between companies failing to find the professional staff they need and workers ineffectually looking for work.

Let us therefore go back to industrial relations, dialogue, reforms, and corporate responsibility.

The theory and practice of economics say that every business has its own life cycle and that there are no “independent variables”, such as salary, unrelated to a company’s productivity and competitiveness (as unions had theorised and attempted to put into practice in the 1970s), or profit, if obsessively sought after within the short period of time that’s typical of financial speculation. Also, the stubborn holding on to a job when the company is no longer able to stay in business, or a public intervention to take over a company in crisis in spite of economic reasons (the disastrous experiences of EGAM and EFIM in the 1970s and 1980s, as well as those of some other municipalised companies, are a stark warning).

Yet, theory and practice have always shown how profit, salary, work and competitiveness can go well together in a company that invests in, innovates, follows – or, better still, anticipates – the market, implementing all changes (related to products, production, governance, marketing, communication) necessary to the evolution of consumption and customs, all within a context where industrial policy encourages innovation.

Here lies the crux of the crisis: in investments, in renewal, in a business culture attentive to change, competitive challenges in times of environmental and digital transition.

And a hasty WhatsApp dismissal has absolutely nothing to do with all this.