With the effects of the pandemic and the recession, metropolises are in crisis, but they will remain centres for development, provided they can improve quality of life and work inside them 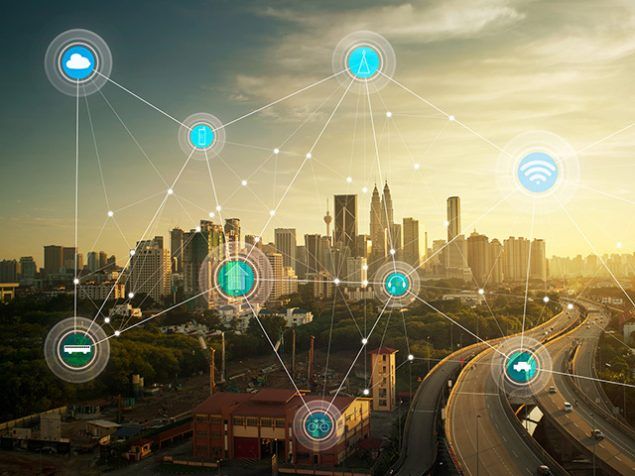 Metropolises or villages? Global cities or regional globalisation (much as it sounds like an oxymoron)? During the Covid-19 era, which is still raging, and continues to exacerbate our concerns about physical health and the fate of work and earnings, the question of the future of cities – until now favoured locations which offered the best conditions for growth, both personal and professional – is one of growing interest. It’s the focus of analysis, research and debates between town planners, economists and some of the most astute politicians, especially those with local government experience.

In one of our blogs from the last few weeks (8 September), we analysed the opportunities that exist for promoting and reviving provincial towns, villages and urban areas on the edge of metropolises, by means of an original combination of remote work, digital connections and city–countryside exchanges beyond the traditional commuting that characterised the “Fordist” economy. Is it farewell to the metropolis, then?

Have the pandemic and the recession, with their lockdowns and teleworking, really thrown the widely cited prediction of Parag Khanna (an Indian American political scientist) – namely that the 21st century would be characterised by growing urbanisation and the expansion of Asian megalopolises – into crisis? Our current reality, which is both complex and controversial, defies inflexible simplifications. And it is likely that a more cogent view of the future will be worth imagining – a future which, to stick to Italian examples, will see the recovery and growth of Milan, a metropolitan archetype of creativity and innovation, coexisting with the revival of smaller towns in the hills surrounding Piacenza, the “infinite city” that winds along the A4 (the motorway that runs from Turin to Trieste), as part of a new urban fabric that will breathe new life into medium-sized cities and towns, with new systems of “sustainable mobility” and networks of digital interconnectivity. A future characterised by synthesis and which is still to be constructed, incorporating the core aspects of the green economy and the digital economy, as envisaged in the Next Generation EU recovery plan: a new way of living, accommodation and work that is worth our efforts to build, for our children and for our grandchildren.

A couple of contributions to this issue can aid our reflections: the first of these comes from the Financial Times, in which an article by Robin Harding (also quoted in Il Corriere Digital on 30 September) paraphrases Mark Twain’s famous quip after an erroneous publication of his obituary while he was still alive, saying “The news of the death of big cities has been grossly exaggerated”. Working in a big city, says Harding, increases productivity, and as a result, boosts the salaries of those who work there (but also pushes up rents and the cost of living), promoting better relations between supply and demand in terms of employment, as well as between companies and clients.

According to Harding, productivity increases because in big cities, both employees and companies are forced to learn: “In a big city you can work with the best, get yelled at for your mistakes, and find out what it takes to be national or world-class. Try doing that on Zoom.” As for businesses, “a worker hired from your rival down the street brings a new perspective on how to do things. An award ceremony with your competitors motivates you to improve. That is why, when an area wins a new manufacturing plant, the productivity of local rivals rises by 12 per cent over the next five years, according to estimates by Michael Greenstone, Richard Hornbeck and Enrico Moretti.” (Journal of Political Economy, University of Chicago Press, 2010).

The city also promotes innovation: “A recent study by David Atkin, Keith Chen and Anton Popov uses mobile phone location data to show how Silicon Valley workers bumping into each other in coffee shops leads to an increase in patent citations by their firms.” It’s not just a question of work, adds Harding: “For education, medicine and even romance, the pool is deeper in the big city.” The same applies to the cultural attractions on offer: cinemas, theatres, art, restaurants.

However, this offering has been put to the test by the Covid-19 pandemic. This applies to cities as a whole. As such, the revival of cities will depend greatly on the duration of the pandemic, the effectiveness of a possible vaccine and the potential recurrence of other pandemics. Harding remains optimistic, however: “But all past experience suggests there will eventually be a treatment, a vaccine or the pandemic will burn itself out. Once that happens, the strengths of the city will reassert themselves and everyone will trudge back to the office. In the city, they will enjoy productive lives and dream, just occasionally, of how sweet it would be to work from home in the countryside.”

“It’s time to regenerate our cities” was the phrase uttered just a few days ago in Milan (Corriere della Sera, 4 October), during a conference organised by Audi and attended by architects of international standing Stefano Boeri and Michele De Lucchi (among others), who spoke about work, mobility and relationships, as part of a social system that could serve as a “laboratory” for new companies and structures in times of pandemic. The recognition of fragility. The quest for a way of living that is better all round, both in existential and productive terms, improving the quality and liveability of homes and offices and developing mobility. The debate is ongoing. And the decisions (made some time ago) by Milan council, led by mayor Beppe Sala – namely, to enhance and improve neighbourhoods, redevelop the city’s squares, improve living conditions in the suburbs and imagine a “Milan in a quarter of an hour” (in reference to the advantages of “proximity”) – bear testament to the fact that even metropolises can only serve as hubs of development if the criteria of competitiveness, innovation, attractiveness and creativity are combined with those of quality of life, inclusion and solidarity. These values, for that matter, have long been part of Milan’s share capital.

Edoardo Campanella, professor at the University of Madrid, and Francesco Profumo, president of the Compagnia di San Paolo (Corriere della Sera, 26 September), provide us with another extremely interesting source of reflection: “Urban hierarchies change, but cities will not die”. The balance between the centre of a city and the suburbs is changing – a process of change that has been accelerated by the pandemic, lockdown and remote working – but “the virtual world is not yet a perfect substitute for the real”.

To facilitate this process of transition, “it is essential to build adequate digital infrastructures in suburban areas, to provide tax credits for relocation and to expand smart working incentives. In Europe, where cities brimming with centuries of history are increasingly becoming depopulated, we could see the rebirth of some higher-potential regions. And in Italy, the country could return to a poly-centric model of development, one which is more balanced than the one we rely on currently.”

Villages and suburbs need to “mend” to be brought back to life, with the digital economy, 5G, better quality of life and jobs
The reasons why we should employ the best Italian energies for a recovery and development plan, making good use of EU and ECB resources
A new Delors plan for the EU And Italy cannot waste money on subsidies
Load more
Grazie per la tua richiesta
Abbiamo preso in carico la tua richiesta, il team della Fondazione Pirelli ti contatterà per confermare la disponibilità.
Grazie per la tua richiesta
La prenotazione al momento non è disponibile.
Thank you! Registration was successful!
We have sent you an e-mail to the e-mail address you provided. Click on the link inside to confirm the registration.
Register
Already registered click here
Warning! Check the correctness of the data entered.
Enter
Forgot password? click here
Warning! Check the correctness of the data entered.
Forgot password?