Milan and the drivers of recovery: industry and culture, universities and social inclusion 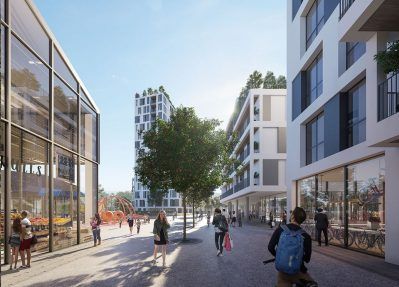 There’s the “Milan in 15 minutes” – the rediscovery of the city’s neighbourhoods, the joy of the relationships between local inhabitants which play out in the small supermarkets and shops that have been reassessed and modernised, the conversations in little bookshops and the meetings in community spaces, around the squares that have come back to life: the Ambrosian version – so dear to Mayor Beppe Sala – of the fascinating idea launched for Paris by the city’s imaginative Mayor, Anne Hidalgo. But it is also essential that the “Milan in an hour” is relaunched, with the to-ing and fro-ing that characterise a metropolis of flows and relationships, an hour by high-speed train from Turin, Bologna, Verona and, hopefully soon, Genoa, and an hour or so by plane from Frankfurt, Munich, Paris, London and Barcelona. And – why not – a maximum of an hour’s commute by car to the smaller towns, provincial villages and hamlets where young couples with children and young professionals will live in the era following Covid-19, drawn to these places by the possibilities and freedom offered by smart working, with half their time spent in the dynamic, creative metropolis and the other half nestled amongst the greenery and the ancient squares of a province known for its rich beauty and culture.

Whilst we are still struggling under the burden of a high number of cases of the virus, accompanied by the constant fear of worsening disease and death, beset by vaccine shortages and a grave economic and social crisis that has hit whole swathes of the population with astounding ferocity – many of whom were already in a fragile and precarious position – Milan has once again begun to ask itself questions about the design of the geo-economic and conceptual maps that will define its immediate future. This time without the arrogance of primacy (which negatively affected the city post-Expo, as it wallowed in the (well-founded) complacency of being the place to be, according to the “The New York Times”). If anything, there is a growing awareness in the city of the need to focus on new and better living and working conditions, and to relaunch the values of environmental and social sustainability. And in so doing, rediscovering and modernising the historical heart of a place that is lively yet civilised, competitive yet inclusive, enterprising yet supportive: Milan is multi-faceted and sensitive; it is neither uncontrolled nor rapacious.

But where do we start? “With culture,” state 87.9% of those interviewed, “between fear and hope,” in a survey by the Centro Studi Grande Milano, overseen by Daniela Mainini (“Corriere della Sera”, 26 February). Such a widespread, deep-rooted opinion neatly captures one aspect of the identity of this great metropolis. The pandemic and the lengthy lockdown have put a stop to the activities of theatres, museums, cinemas, music venues, clubs and cultural centres. And yet, in spite of the closures – and the grave economic consequences of these – La Scala and the Verdi Symphony Orchestra, the Piccolo Teatro and the Teatro Parenti, the Pinacoteca di Brera and the Pinacoteca Ambrosiana, and all the other places where culture is created, including company museums and historical company archives, have succeeded in keeping up at least some of their activities, producing and presenting “digital” content, experimenting with new languages, and keeping the dialogue with the public alive, despite everything. These are living (albeit wounded) entities, and they are ready to start again. And the fate of Milanese culture – an open, “polytechnic” culture – has always been linked to that of companies, both in terms of the solid support they provide in the form of patronage and in their (even more pertinent) role as direct cultural players, if culture also encompasses science, technology, innovation, relationships and research. And narration.

Here, then, is another driver: science, which in the case of Milan, is linked to health-related processes; indeed, the city has become a hub of life sciences of international standing, taking root in universities and research centres, with the MIND (Milan Innovation District) first and foremost focused upon the Human Technopole, in the location where Expo was held – a site at which researchers and technicians from all over the world have been working for some time. A powerful synergy between science, education and business, with highly advanced forays into the new horizons of Artificial Intelligence.

The third driver is training and education. Milan remains a major university city, with 200,000 students (10% of whom are international) spread across a dozen universities that have soared to the highest places in the world’s best university rankings over time. The pandemic has put a stop to the movement of students and lecturers. Teaching has been conducted remotely. The dynamism of knowledge has slowed down. But this heritage of knowledge and skills remains strong, prestigious and ready to do its utmost, and the relationships between universities and businesses, even in these most challenging of times, has not been compromised.

The fourth driver, then, is companies themselves, beginning with those dedicated to manufacturing. Indeed, even in an extremely hard 2020 beset by stoppages, recession and crisis, this sector has not lost its standing in the leading international supply chains (as confirmed by the 3% increase in exports last year, a national average that is particularly high in the Lombardy region). Businesses in the tertiary and tourism sectors and the trade fair system have suffered particularly badly, along with companies dedicated to personal services and commercial and creative activities. And Milan’s GDP has felt the effects of this (-11%, more than the -8.9% national average). But the data presented by Assolombarda suggest that we are in for a 5.3% rebound in 2021, and 2023 is pinpointed as being the year of recovery, beyond the pre-pandemic values of 2019, and we may catch a cautious glimpse of a solid increase in production and employment in 2025.

In Milan, there is a general awareness of the weight of the crisis, of the deep rift that has affected a significant proportion of the social classes who have already been disadvantaged and marginalised by years of unequal, unbalanced economic growth (the numbers of poor people and families in difficulty have increased). But thanks to the support and subsidiarity of the so-called “third sector”, some of the difficulties relating to living, income and assistance have been alleviated.

But there is also a strong desire for recovery. Last week, Assolombarda and Milano&Partners (an organisation established by the City of Milan, with the support of the Chamber of Commerce and a number of public and private companies) brought together scholars, entrepreneurs and social players at a conference, where the critical areas of the crisis and the opportunities for recovery were highlighted and examined. One positive note, among many: the major international real estate investments that had been planned and launched in the period leading up to the pandemic have all been reconfirmed as going ahead: a clear sign of the widespread confidence of investors in the recovery.

The Recovery Plan that the Draghi government is finally developing – after too much time wasted on discussions and vague promises by the previous government – is in tune with Milan’s approach: environment and innovation, social sustainability and ambitious plans for employment for the new generations, the digital economy and extensive training, and reforms focused on productivity and competitiveness. Not to mention new and improved social safety cushions and welfare choices to tackle the ecological and digital (green and blue) transition, which we talked about it in last week’s blog, in order to drive Italy towards a more balanced, circular and civil economy, which is valued at European level.

Sustainability, as an asset that increases competitiveness and improves quality of life, represents the perfect opportunity for Milan – not an unbalanced megalopolis, but rather a metropolis with close links to its surrounding regions, open and communicative, simultaneously European and Mediterranean. Aldo Bonomi, an astute scholar of urban and productive metamorphosis, puts it well (“Il Sole24Ore”, 26 January): “Milan’s destiny is not to compete in order to scale the rankings of global cities; rather, the city is bound to become a network of territorial systems that enable it to compete, with the support of its districts, medium-sized enterprises and platforms: Milan must ask itself whether it wishes to be the capital of the Po Valley megalopolis, or a city that enjoys horizontal relationships with cities of intermediate size, according to a service-based logic, with the ability to exercise a broad role, acting as a mediator between Europe and the Mediterranean.” And it is precisely in this process of reconstruction that the value of the proximity of the squares and neighbourhoods of the city and its powerful international calling lies, enabling original syntheses to be created. In order to grow better.