Redesigning cities, amongst shadows and hopes, and relaunching a more productive and inclusive Milan 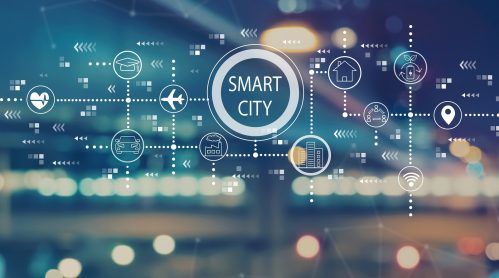 “The alternative to the city is not the countryside, but the desert. A physical and emotional one.” A reflection by the leading international architect Renzo Piano on the belief, prevalent in these times of pandemic and social and economic crisis, that city living is finished, that the metropolis will be forsaken in favour of towns or agricultural villages (Il Foglio, 13 May). A bit too soon to call it quits, however. While it’s true that megalopolises, rather than metropolises, are betraying an excess of economic and social vulnerability that could limit their further expansion, it’s also true that metropolitan areas, smaller and less unbalanced, remain dynamic, marked by a “condensed economy” that keeps on attracting human, financial, cultural and social resources, as well as providing scenarios where productivity and social inclusion are not necessarily in direct contradiction.

We live, nonetheless, in a time of change, accelerated by the pandemic, by the acknowledgement of our vulnerabilities, both as individuals and social bodies. And the challenge that awaits us is precisely that of learning how to deal with sustainability issues and with the growing demand for better living and working standards. A city that needs to be conceived anew, then, and that should be placed at the heart of a novel network of relationships that, incidentally, are typical of an Italy historically characterised by thousands of municipalities and towns, as well as by a tangle of small, medium and large cities. Cities, however, whose historical centres ought to be revived and suburbs “mended”, as Piano also contemplates. Cities that need to be better understood.

This is also the theme of the 17th Biennale Architettura, the international architecture exhibition held in Venice, which opened on 21 May: “How will we live together?”. Installations, projects, suppositions on how urban space, as well as living and working interiors, could be redesigned, all against a background of cutting-edge environmental research. Hashim Sarkis, the curator, has allowed room for tentative replies to the many concerns arising from our rugged, controversial times; he has gathered original takes on sustainability research, interbred projects and languages (also lending an ear to suggestions that are more typical of contemporary art than architecture), thus building a much-discussed representation of the many drivers for change that are stirring, amongst worries and hopes, our troubled days.

But paying attention to good authors, as well as architects, it’s worthwhile, too. Taking Milan as an example, here’s what Alessandro Robecchi suggests: “The metropolis is not a monolith. One has to learn to live with its darker sides.” (Corriere della Sera, 22 May). Robecchi is the author of a series of successful noir crime novels, published by Sellerio and set in Milan. Spurning its glittery, frivolously designed (and mostly fake) backdrops, its stunning fashion scene, its blatantly flaunted wealth, he investigates instead its shady nature, its heart of darkness, its shadows that conceal desperate lives. In this manner, Robecchi portrays a more genuine, intense Milan, its thick humanity capable to build hopes and weave urban politics as well as individual and collective choices once more, which, in the name of a better living together for all, can rehabilitate our times. And rebuild more balanced economic assets. And bring together the green of the trees in streets and squares (as per the smart municipal policy programme led by mayor Beppe Sala) and enhanced social and professional relationships.

A recovery, in fact, that relies on the acknowledgement of one condition: that for years, Milan, and Lombardy more in general, has been a European reference point and unique production area where manufacture, finance, services, culture, education and research intersect. Here, companies have come to a dramatic halt and the crisis has been heavily felt – yet there’s no need to panic about its downfall. Unquestionably, there are weaknesses and some sectors – from tourism to events, trade fairs and part of the services – are in trouble, but Lombardy’s manufacturing industry, one of the most vulnerable on the international markets, is nonetheless up and on its feet, reactive and dynamic. It has held on to its position within the large global supply chains, and it’s in the midst of a process of evolution that started before the pandemic hit.

Indeed, processes of digitalisation, sustainability, environmental transition and the knowledge economy date back to 2008, post the financial crisis, and will accompany us throughout the decade. Now, rather, those processes need to be accelerated, with a focus on improving productivity and competitiveness. Starting with the push for the Recovery fund, included in the PNRR, the Draghi government’s “Piano nazionale di ripresa e resilienza” (“National recovery and resilience plan”): funds to be spent well and promptly on environment, digital economy, training and education, research, and through close cooperation between public institutions and private companies.

Milan, the metropolis, is made of industries, banks, universities, major cultural and research centres, and mobility infrastructure on an international scale. It’s a flow network whose boundaries are mobile and dynamic and where skills and expertise, local roots and global relationships, cultures of public responsibility and private entrepreneurship, intersect.

Historically, the city’s strong points included its relationship with the surrounding territories, the ability to blend good governance with dynamic entrepreneurship, competitiveness and social inclusion, innovation and solidarity. And today, its assets are up and running: international property investments, attractive universities, a leading level of innovation made explicit by the huge number of patents, start-ups, finance, culture, it yields. Cornerstones on which is possible to start again, without arrogance, without underestimating fragilities and weaknesses, but taking on an active role within a Lombard region conceived within the context of polycentric economic geography, part of a paradigm shift for sustainable economy. Milan and Lombardy rid of parochialism and insisting on the strength generated by physical and digital interconnections. Productive territories inextricably intertwined in a series of interdependencies within which Milan is a fundamental hub in the network that encompasses Turin and Genoa, the north-east – where small companies are now links in dynamic production chains – and the Emilia region’s automotive, mechanical and food industries. The entire North, basically, a complex territory comprising small and large towns, villages and hamlets, as well as highly industrialised areas.

There are those who, in difficult times, still choose to stir antagonism for or against Milan. It’s a mistake, because Brescia, Bergamo, Turin and Bologna, together with Milan, constitute a unique, great productive body that fits into the wider context of Mediterranean Europe. Places where production and civil flows are heavy; places where, by applying critical thinking and constructive skills, it’s possible to find a concrete answer to the question raised by the Biennale in Venice: here, indeed, we can live better together.