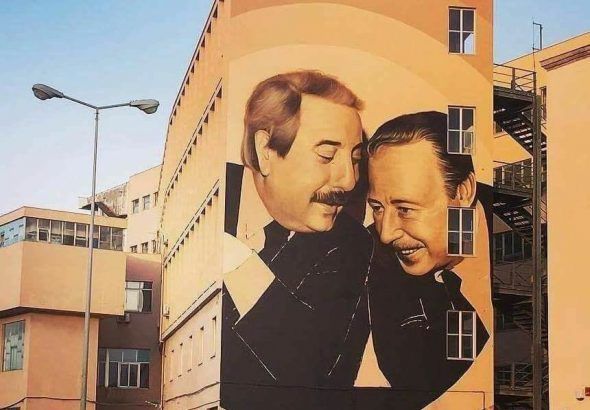 In order to tackle mafia organisations and diminish their power, we must follow the money. When we remember Giovanni Falcone, twenty-eight years after his death, this is one of the key lessons that springs to mind, as we write his story and revisit his importance judicially and politically.

Follow the money, or rather, attempt to reconstruct the links between mafia families by documenting payments, exchanges of money and investments, thus creating a map of their shared criminal interests. This was Gaetano Costa‘s instinct as chief prosecutor of Palermo in the 1979 investigations into the Spatola, Inzerillo and Gambino clans, who ran a network of rigged contracts and drug trafficking between Palermo and New York, and who served as the friends and protectors of Michele Sindona, the Mafia’s banker (Costa ended up paying for his investigative brilliance with his life, in August 1980). However, his powerful, lucid and well-founded ideas were taken up by investigating judge Rocco Chinnici (who was also murdered with a car bomb in July 1983; ‘Palermo like Beirut’ was the headline of the shocked and horrified account in the newspaper “L’Ora“). They were followed in turn by Giovanni Falcone and the Anti-Mafia Pool at the public prosecutor’s office and the investigating office, who conducted detailed investigations and checks on banks, holding companies and businesses, stirring up a hornet’s nest of controversy and pressure, even at the Supreme Court, which insisted they ‘put an end to these investigations which are damaging the Sicilian economy.’

In spite of all this, Falcone and the other magistrates went right on, making their financial inspections and banking checks one of the core elements of the so-called ‘maxi-trial‘ that began in February 1986 and concluded with a long series of convictions of Mafia bosses at the Supreme Court. It was an exemplary trial, where the state won and organised crime lost.

They followed the money, and proved the Cosa Nostra and all the other criminal organisations in Italy – the ‘Ndrangheta, the Camorra and the Sacra Corona Unita – to be interconnected structures (though not without their internal conflicts), working for the goal of accumulating power and money. Power in order to make money, and money to strengthen their power, in a vicious cycle of crime and laundering that channels cash into the legal economy, ravaging not only the economy but also society, politics, state administration and institutions.

Beyond the wordy commemorations, when we look back at the dedication of Giovanni Falcone and his fellow magistrates, of the policemen and all the other people killed for trying to stop illegal business and Mafia crime – including politicians, journalists and the extraordinary and good man Giorgio Ambrosoli, the ‘Ordinary Hero’ murdered on the orders of Sindona – we not only keep the memory of their moral and civil commitment alive for new generations, but also heighten awareness of the current strength of the mafia phenomenon: its economic power.

The traces were already there during the first major investigation carried out by L’Ora into the Mafia clans, in its crucial, exemplary headline of 1958: ‘The Mafia brings bread and death.’ Bread being the criminal economy, and death being the penalty for anyone who gets in the way of business. Money, then. Just money. And violence. Without even a trace of the values the Mafia bosses of old once boasted of: honour, respect, a certain sense of popular justice, the ideological outlines of a subculture of power.

Pio La Torre, head of the Italian Communist Party, was well aware that money was the glue that held the Cosa Nostra families together, and was a vocal supporter of a law designed to strike the Mafia where it hurt most – its assets – by seizing and confiscating the ill-gotten financial gains of its criminal activities. Unfortunately, both La Torre and later General Carlo Alberto Dalla Chiesa had to die before the proposal became law. Now, with a number of changes and improvements, this law is still a fundamental weapon in the state’s armoury in undermining the Mafia’s criminal powers.

In following the money, Falcone, Borsellino and other magistrates (with the help of pentiti or ‘penitents’, former Mafia men turned informers) highlighted the trafficking activities of Vito Ciancimino, Sindona, Roberto Calvi and other players in that grey area that shrouds the Mafia bosses’ accomplices, the people who help move most of the business from the regions of the South to Lombardy, Piedmont, the Veneto and Emilia, the cities with the greatest economic power where the ‘Ndrangheta above all is now deeply rooted, dangerously polluting the economy, the markets and the politics.

Indeed, in his book Cose di Cosa Nostra (‘Things about Cosa Nostra’), Falcone maintained: ‘The Mafia is not a cancer that just happens to spread through healthy tissue. It lives in perfect symbiosis with the myriad of protectors, accomplices, informers and debtors of all kinds, large and small, the big powers, the intimidated and blackmailed people who belong to every level of society.’ A tumour, then. One that feeds off complicity.

The example of the magistrates of Palermo must be taken into careful consideration today, in these times of crisis wrought by Covid-19 and the resulting economic recession. Minister of the Interior Luciana Lamorgese, Chief of Police Gabrielli, the national anti-mafia prosecutor Cafiero de Raho and a number of investigators claim that mafia gangs are now taking advantage of the financial weakness of hundreds of companies to gain control and reinforce their presence in the economy, above all in the cities and provinces of Northern Italy. This is a serious alarm bell, and one we cannot ignore. We must take all the steps necessary to ensure a deeper state commitment to fighting mafia organisations. Aside from anything else, this is a fitting way to remember Falcone: to provide tangible proof that his commitment as a statesman was not in vain.

In memory of Falcone and Borsellino: the maxi anti-Mafia trial, a legal monument that is still topical today
The Mafia is the enemy of companies and of the market, as also testified by ten stories at the theatre
Follow the money: Falcone’s rules still apply for fighting the mafia organisations attacking the economy and businesses
Load more
Grazie per la tua richiesta
Abbiamo preso in carico la tua richiesta, il team della Fondazione Pirelli ti contatterà per confermare la disponibilità.
Grazie per la tua richiesta
La prenotazione al momento non è disponibile.
Thank you! Registration was successful!
We have sent you an e-mail to the e-mail address you provided. Click on the link inside to confirm the registration.
Register
Already registered? click here
Warning! Check the correctness of the data entered.
Enter
Forgot password? click here
Warning! Check the correctness of the data entered.
Forgot password?