An agreement for the recovery of Italy between Bankitalia, the government and businesses, in order to ensure EU funds are used properly 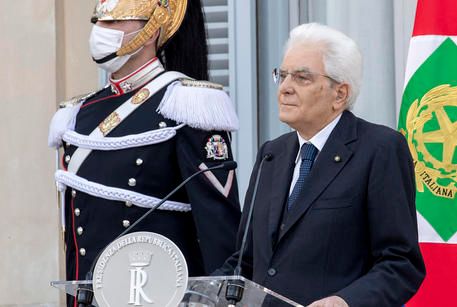 At the end of the challenging spring of 2020, there are three words that we must focus on when discussing the recovery; the most acute and painful phase of the pandemic may be over, but we are still in a deep recession. The first of these words is “together”. The second is “project”. The third is “responsibility”.

The first word indicates the fabric of shared values that binds Italian society together, and that President of the Republic Sergio Mattarella highlighted during the sober, simple ceremony held on 2 June (Italy’s Republic Day), as he reminded us that “there is something that comes before politics, and this is moral unity, the sharing of a single destiny.” Without suspending political dialectics – the vital force of any democracy – the political powers must nonetheless rediscover “the founding spirit that served as the key driver of Italy’s rebirth.”

The reference to shared values and to our ability to be “together” is fundamental at this point in time in Italy, where the crisis is aggravating old divisions as well as creating new ones. Debate and controversy are growing between the regions, with the resentment of the south towards the north rearing its head once again, and undeserved criticism of Milan and Lombardy rising, with these areas being treated as “super-spreaders” (and indeed, on 2 June, Mattarella quite appropriately headed to Codogno, right where the Covid-19 crisis which has brought so many sick and the dead began). Political pressure against the EU and the Euro has taken centre stage once again. Dilapidated, deserted squares are teeming with life, with protesters from the “Forconi” (Pitchforks) and “Gilet Arancioni” (Orange Vests) movements. Clamorous TV talk shows are stoking the divisions, and on social media channels, the propagandists of personal and social hatred are stirring up trouble once again.

Indeed, at the heart of Italy’s frightened and impoverished society, there lies a degree of social anger, for real reasons (jobs that have been lost or are threatened, incomes that have been drastically reduced, hopes for a better quality of life that have been dashed), and as a result of the widespread psychological suffering that the pandemic and the economic crisis have rendered even more acute. But there are also those who are fanning the flames of distrust, the “entrepreneurs of fear” who are seeking quick and easy political approval. The hold of institutions is a legitimate political concern, and one which should not be underestimated.

“Do not use the suffering of one person against another”, ordered President Mattarella, voicing his concern in the face of the degenerating political and social climate. And indeed, it is essential that all political forces and economic and social organisations continue to look to the Quirinale with attention and respect, as a place of responsibility, balance and clarity; a place that promotes an awareness of shared values. The place where trust will be rebuilt.

We now come to the second of the three words, “project”. Or rather, “projects”. Projects are precisely what the EU is (quite rightly) calling for, when the 750 billion Euro Recovery Fund – whose official title is the futuristic “Next Generation EU” – is rolled out: concrete projects for the green economy and for the development of the digital economy, or in other words, initiatives that together constitute an ambitious plan for balanced and sustainable growth, based on a virtuous synergy between the environment and Artificial Intelligence, quality of life and new, better job opportunities. This is the “paradigm shift” that economists and environmentalists are calling for, along with entrepreneurs with an awareness of the issues surrounding the sustainability of industry and services, in accordance with a healthy business culture founded upon stakeholder values – as aptly expressed in the “Manifesto of Assisi”, signed by the Symbola Foundation, the Franciscans, Confindustria and a number of cultural figures, in the wake of Pope Francis’ speech on the “just economy”.

Here’s the point: the EU is pointing the way towards solidarity, suspending the “Stability Pact” and considering rewriting it, and is working in parallel with the ECB to make significant resources available to businesses and families, facing the Covid-19 crisis in the best way possible, but it is understandably not inclined to give the green light to unproductive public welfare spending. The road ahead is a serious undertaking, and will be far from plain sailing: new infrastructures and reforms in the interests of productivity and competitiveness, the digital economy and new production chains, innovation and training, research and science, and health in the broadest sense (and as such, the sums allocated by the European Stability Mechanism – which stand at 36 billion for Italy – are more than welcome). There is no room for an economy that provides patronage to subsidies – something that has unfortunately been very popular in government circles – nor for generic and demagogic tax cuts and infeasible flat taxes. That is to say, the resources provided by the EU come with certain conditions: investments and no current spending, positive changes in Europe in order to withstand tough and biting economic and political competition on a global level, and a marked turn away from provincial selfishness. The EU Commissioner for Economic Affairs, Paolo Gentiloni, is very clear: “The Recovery Fund is not a cake to be shared out. It must be approached seriously, and viewed as a unique opportunity” (Corriere della Sera, 30 May).

For the political, entrepreneurial and trade union ruling class in Italy, therefore, the challenge is to be up to the job of bringing about renewal and change. Without resorting to anti-Euro small-mindedness and irrational fear. Without low-profile controversies.

After the Quirinale, the Banca d’Italia also serves as a point of reference. In his Final Considerations on 29 May, the Bank’s Governor Ignazio Visco highlighted the urgency of “an agreement for recovery between the government, the world of business and society”, and spoke of digitisation, infrastructure, human capital, research, innovation, natural and artistic heritage and the resources that must be used properly (which means not exacerbating public debt by wasting money and promoting welfarism, but rather working to achieve economic growth, with a view to permanently reducing the ratio between debt and GDP). “The avalanche of subsidies and aid cannot last forever: We need to change course in order to recover”, Visco added. And the position of the Church is in harmony with the aforementioned views: “We must seek to relieve the pain. Not by patching things up through dependency on welfarism, but rather with the vaccine of work, which provides a sense of calm”, announced Cardinal Matteo Zuppi, Archbishop of Bologna on Sunday 31 May, speaking to Walter Veltroni in the Corriere della Sera.

Italian companies are also clamouring for a new policy for recovery, with an appeal to the Conte government published by newspapers on 31 May and signed by Carlo Bonomi (Confindustria), Antonio Patuelli (ABI banks), Ettore Prandini (Coldiretti), Gabriele Buia (the building associations of ANCI, the National Association of Italian Municipalities), Massimo Giansanti (Confagricoltura), Mauro Lusetti (the alliance of cooperatives), Dino Scanavino (the artisan producers of the CIA, Italy’s farming confederation), Maurizio Casasco (Confapi) and Franco Verrascina (Copagri): the presidents of all of the leading business associations in the industry, finance, agriculture, crafts and cooperative sectors. In any case, the indication is clear: beyond the necessary emergency measures (which are unfortunately proving slow to take effect and alleviate the suffering of businesses, families, workers on unemployment benefits and professionals experiencing a major crisis of income), we must do everything we can to rapidly roll out viable projects to modernise and relaunch Italy’s economy. Indeed, Roberto Gualtieri, Italy’s Minister for the Economy, has also spoken of a “recovery agreement”. In essence, there is no shortage of desire to work in harmony, both right now in the depths of the emergency and in the medium term, in order to promote growth. We can do better, and more. It is possible for Italy to break free of the old shackles that have prevented or slowed growth, and to build a better future.

The indications provided for the EU funds are the backdrop for this. In responsible Italy, there is no lack of will. The entities that represent the very best energies – those who must come “together” at the recovery table – have already begun to declare their availability.

And so we come to the third word: “responsibility”. Once again, Italian companies have delivered significant evidence of this in recent years. By investing, innovating, exporting, they have contributed in a decisive manner to rescuing Italy from the doldrums of the Great Financial Crisis of 2008, even if the low productivity of the system (and of the public administration above all) has pushed the growth of the country back down. And companies have always found new niches for growth on tricky international markets, ensuring that Italy remains among the top five countries in the world in terms of positive trade balance. They have maintained the values of the ‘social lift’ (or in other words, rewards for those who are capable and deserving) in a country that is still afflicted by clientele, kinship, corporations and factions. These companies have stood face to face with a difficult climate; one which is hostile to industry, to the market, to skills, to knowledge and to science, and which has unfortunately also found a sympathetic ear in certain government circles.

If we need to talk about innovation, investment, research and sustainable development, Italian companies are first in line. Making plans and implementing these is their job. If we take a close look at the documents, the research, the official speeches and the position statements, we can see that the new course set out by Confindustria, chaired by Carlo Bonomi, demonstrates a strong sense of responsibility and dedication to general values and interests. And the references contained therein are indications of the values which are feeding down from the Quirinale and the Banca d’Italia. In tune with the EU.

Max Weber, the “black swan” and Churchill’s “Keep Calm”: how to face the coronavirus and the recession without giving in to panic, but building the future instead
Funding to keep companies alive: the time factor is essential to avoid collapse
The virus pandemic has revealed the fragility of complex societies, but reaffirms the importance of science, knowledge and good healthcare
Load more
Grazie per la tua richiesta
Abbiamo preso in carico la tua richiesta, il team della Fondazione Pirelli ti contatterà per confermare la disponibilità.
Grazie per la tua richiesta
La prenotazione al momento non è disponibile.
Thank you! Registration was successful!
We have sent you an e-mail to the e-mail address you provided. Click on the link inside to confirm the registration.
Register
Already registered? click here
Warning! Check the correctness of the data entered.
Enter
Forgot password? click here
Warning! Check the correctness of the data entered.
Forgot password?