A serious fight against poverty that extends beyond the emergency means creating employment, above all for women 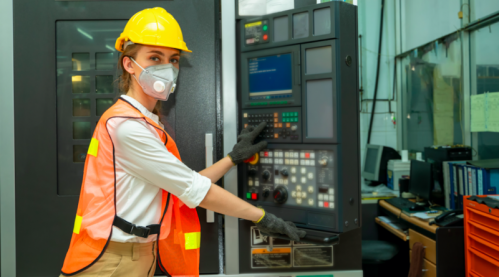 The key word when attempting to build a more balanced future is always “sustainability“. Environmental sustainability, of course (we must leave not only a better currency, but above all a better world, to paraphrase the effective summary provided by Mario Draghi, successful banker and now, fortunately, Prime Minister of Italy). But also social sustainability, and gender sustainability too. The pandemic and the recession have aggravated an economic situation that had already been hard hit by the Financial Crisis of 2008, as well as the failure of Italy to achieve a “paradigm shift” in economic development (better governance of the process of globalisation, an economy that is less distorted, to the detriment of the less advantaged classes, a different quality of growth). And today, the figures reveal dramatic evidence of the increase in poverty, which impacts precarious workers, women, the younger generation and children above all, with the possibility of constructing a fair and equal future for the latter severely compromised (once again breaking the pact between generations and betraying the pledges of the Italian Constitution). “5 million precarious workers have disappeared”, Censis noted in its annual report last December, as it calculated the number of jobs obliterated by the pandemic, noting the worrying increase in social unrest, as well as in resentment and frustration among those individuals who now find themselves on the margins of society, victims of progressive impoverishment and the collapse of trust and hope.

This reality is something that must be taken into serious consideration by all politicians and social players, at a time when – with the funds of the Next Generation EU recovery plan and other public resources derived from the suspension of the Stability Pact and from the guarantees provided by the ECB on government bonds – Italy has plenty of resources at its disposal to invest in emergency measures, in long-term projects for the green economy and digital economy, and in the reforms that are necessary to finally modernise the country and consolidate and strengthen the training provided to young people, along with research and economic and social innovation. We must not forget that the vast majority of these funds will add to our debt, and as such must one day be returned; something that relies on the relaunch and reinvigoration of an economic and social machine that has been stuck in the same place for more than 20 years, in order to ensure robust economic growth.

The fight against poverty is rooted in balanced and sustainable growth. Work, then, with greater engagement – both quantitative and qualitative – of women. School and university, the necessary building blocks of well-qualified human capital. The promotion and enhancement of the environment, and of quality of life. Public goods, beginning with healthcare and education, with a significant overlap between public and private investment.

“Abolire la miseria” (Abolish poverty) was the title of an essay written in 1945 by Ernesto Rossi which had a widespread impact; one of the most active Italian intellectuals of the time, Rossi was a liberal with solid social values, one of the “great writers” of Mario Pannunzio’s “Il Mondo” (a weekly political, cultural and economic magazine), and author, alongside Artiero Spinelli and Eugenio Colorni, of the “Ventotene Manifesto”, a text which proved to be of great inspiration for the birth of United Europe. The tools that Rossi indicated in his essay in order to combat poverty were investment in schools, health care, social housing and a welfare system which provided support and social security, a collection of measures that could compensate for the social imbalances perpetuated by economic cycles. Indeed, this was the era of Italian history in which Prime Minister Alcide De Gasperi stated in 1946 that “our primary duty is to fight with all our strength for solidarity and national reconstruction.” It was the era of the Marshall Plan, where aid was properly used, both to provide support and to invest in industry and labour, the era in which Confindustria president Angelo Costa and CGIL (Italian General Confederation of Labour) secretary Giuseppe Di Vittorio drafted their agreement on Italy’s shared commitment, which is was famously summarised in the following statement: “First the factories, then the houses” – placing the priority firmly on work, in order to recover the resources required for all subsequent social investments.

On the basis of this strategically intelligent approach to development – and despite the various differences, divergences and bitter political and social conflicts that still existed – the Reconstruction was able to take shape, ushering in the economic boom, the strengthening of social and civil rights, and a long period of widespread prosperity.

Today, in a national and international context that has undergone radical change, we must start again, on the basis of a shared assumption of responsibility for the recovery. And with a clear idea in mind: the fight against poverty and social, gender and generational inequality does not need slogans in squares, on beaches, on balconies, or clamour on TV and digital screens, but rather decent, forward-looking policies. And a combination of emergency measures and investment decisions which take a long-term, ambitious approach to reformism. So far, the Draghi government is moving in this direction.

Let’s take a good look at the data, then: “One million Italians are falling into poverty. Alarm bells for the North”, writes “La Stampa” (5 March), whereas the “Corriere della Sera” went with “One million more poor despite the check on subsidies” as its headline. The ISTAT index of absolute poverty has risen to 9.4% (the threshold is based upon the minimum essential expenditure required for food, housing and protection from the cold), which signifies that 5.6 million Italians cannot even afford to eat an adequate diet (and indeed, the queues at Caritas and other public and private support centres that provide meals to those in need are ever longer). Of these, there are 1,346,000 minors, 209,000 more than the previous year.

Families falling into absolute poverty increased by 209,000 in the north, by 53,000 in the centre and by 186,000 in the south of the country. When we look at them like that, they are just numbers, in the merciless desert of statistics. But when we take the time to think about it, these numbers represent people in grave difficulty, men, women, children who are humiliated and hurt – suffering faces, lives wounded by neglect and decline. Many. Too many. People we meet on the street. They are calling out for a response, an intervention, and a view of the situation that extends far beyond charity and solidarity, and the short-term momentary support that welfare provides.

Between 7 and 9 million people are living “in relative poverty”, struggling to get to the end of the month.

“Welfare does not reach all those who are really suffering, and our cities have collapsed,” commented sociologist Aldo Bonomi, adding that “you can’t eat rhetoric”; as such, we desperately need new measures, and fast, with reforms to the mechanisms of the welfare system and social safety nets: “Unemployment benefits can no longer be given only to labourers: we must also consider the precarious workers, the domestic cleaners, the self-employed and the independent professionals, the creative people who make a living from the urban networks that have now disintegrated. And there is an urgent need for a locally-based remedy and welfare system in order to rebuild communities, with public figures who can read the signals, interpret and meet needs and intervene where necessary.”

Italy’s “citizens’ income”, with all its distortions, and the emergency income support, have helped to mitigate the harshest consequences of falling wages and job losses, particularly in the South. But the challenge now is to create jobs and fill the vacancies in companies that have relaunched their activities but cannot find trained staff to hire. We must reform the job centres and Anpal (Agenzia Nazionale Politiche Attive Lavoro, or National Agency for Active Employment Policies). The percentage of women in employment must be radically increased. We must ensure that training – not only at school level, but throughout the working life of each person – is linked to the changing economic and social scenario. We must consider the environment as a resource to be enhanced and promoted.

Here’s another key point in the fight against poverty: the role played by women. Under the headline “The lost work of women”, an article published on 8 March in “La Repubblica” documented how the crisis accelerated by the pandemic has led to the loss of more than 300,000 jobs occupied by women, compared to 100,000 by men. Indeed, it was the service sector above all – with its predominantly female workforce – that was affected. The female employment rate has dropped to 48.6% (the figure for men is 67.5%) and the inactivity rate (between 15 and 64 years of age) has risen to 45.9%, compared with 26.3% for men. That’s a great deal of inactive human capital. According to Eurostat’s calculations, this equates to a loss in GDP of around 88 billion euros. As well as a worsening of personal, familial and social inequality.

As such, it is absolutely essential that the economy is kick-started, and that reforms are accelerated. The labour market, social safety nets, schools and services. Beyond the emergency assistance, the fight against poverty coincides to a large degree with a new and improved cycle of development.