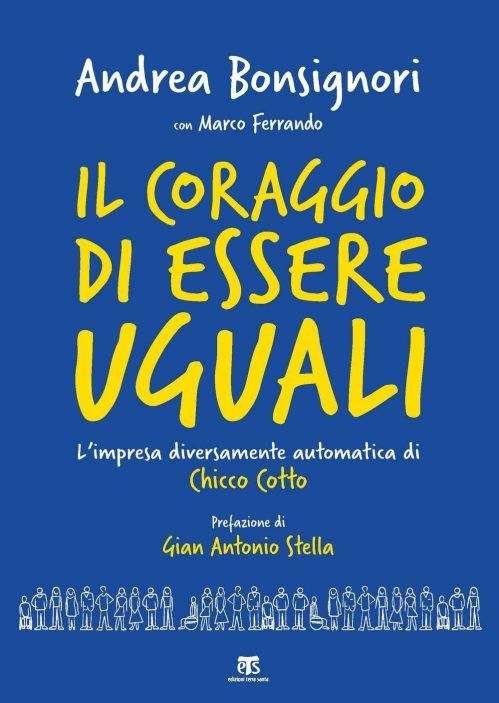 The story of “Chicco Cotto”, from initial idea to success story, without overlooking the culture of producing “well”.

Good business at any cost. With the drive and willpower of any true entrepreneur worth his or her salt. Even when they’re laughing behind your back. Even when you’re told: “You will fail”. Well-rounded companies that are concerned about closing the books with a healthy result, and making profit, not just making money. Against the backdrop of the enormous complexity of today’s economy (and not only as a result of Covid-19), these companies are referred to as social enterprises, and should be studied carefully, beginning with the idea behind them: namely, the desire not to be “goody-goody” companies, but rather to be organisations that are capable of doing good without forgetting the necessity of making ends meet. Their stories are useful to us all. And this is precisely why getting to know the story of ‘Chicco Cotto’, a company founded in Turin in the heart of the Cottolengo citadel, could prove helpful to many entrepreneurs and managers.

The history of “Chicco Cotto” is told by a priest, Andrea Bonsignori (who had the initial idea), and an economic journalist, Marco Ferrando. Their book is entitled “Il coraggio di essere uguali. L’impresa diversamente automatica di Chicco Cotto” (The courage to be the same. Chicco Cotto, a differently-automatic company). At the heart of everything is a simple concept, but one that very few manage to put into practice: “Dignity comes before charity”.  Bonsignori gathered together a group of leading professionals and created “Chicco Cotto”, a vending company that became known for the quality of its products and the “ordinary extraordinariness” of its organisational model. At the heart of the enterprise are young people with disabilities and autistic spectrum disorders: everyone involved learns all stages of the production process, in accordance with their psychophysical abilities: procurement, supply, maintenance and financial reporting.

When it was founded, “Chicco Cotto” was already predicted to be a resounding failure by a large number of its competitors. Yet now, ten years after its creation, this “differently-automatic” enterprise (the name is a play on “diversamente abile”, or “differently-abled”) has seen many fall by the wayside, whilst attracting significant investment. Not due to miracles, but rather thanks to excellent managerial skills, and a faith in the abilities of each and every person involved. Today, “Chicco Cotto” supplies schools, hospitals, libraries and large companies nationwide.

The entire story is told here in nine chapters and a little over a hundred pages, which are easy to read but must be carefully considered. No element of the story is kept from the reader. Above all, no attempt is made to hide the problems that needed to be overcome, the stops and starts – or the desire to arrive at the end goal. On every page, therefore, is the story of a social enterprise that is also a company that holds its own on the market, with the courage to be like all the others. A company that – among other things – proposes a new system of training and work, an example of a partnership between a school and a company that is spreading both nationally and across Europe.

At the heart of the story are a few core ideas, such as the ability to invert the perspective with which we look at things, but also the power of patience, which is not the same as wasting time (bringing to mind the power of patient capital, so often invoked today), as well as the effectiveness of the method and the uniqueness of people, with each individual viewed in terms of what they are and what they can do. Important concepts relating to business management, such as sustainability and breakeven, meritocracy and growth are also present throughout the book,  and the preface by Gian Antonio Stella is written with great care.

Bonsignori and Ferrando’s work is not a saccharine story of an exciting adventure, but rather an effective account of something much more concrete: a perfect manual of corporate culture.