Cultivating an awareness of the events of the past 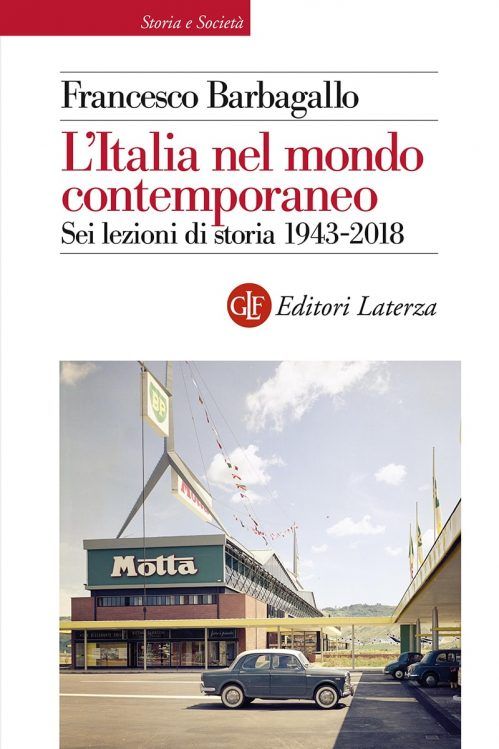 Francesco Barbagallo’s latest book is an effective synthesis of our country’s recent history: useful for everyone, companies included

Being aware of the events of the past in order to understand the present, and to be in a better position to face the future: something that is essential for all of us, not least for astute entrepreneurs and the managers who support them. This awareness can be gained through reading accurate, important texts on the matter, such as “L’Italia nel mondo contemporaneo. Sei lezioni di storia 1943-2018” (Italy in the modern world. Six lessons from history 1943-2018), a collection of essays by Francesco Barbagallo, Professor Emeritus of modern history at the Federico II University in Naples, and above all, sophisticated expert in the events of recent decades in Italy.

In his “six lessons”, spanning just under two hundred clearly written pages, the author effectively succeeds in synthesising the recent history of our country, focusing on the major events or stages, united by the consideration that, since the end of the Second World War, everything is absolutely incomprehensible if we lose sight of the international dimension of things.

Indeed, it is the continuous exchange between events within Italy and external influences that serves as the common thread that connects Barbagallo’s six essays to one another. From the post-war period to the Cold War, from the economic boom influenced by foreign powers to the crisis and reforms – each event or period is affected by influences from beyond Italy’s borders in one way or another. The events covered in the book include the tragic era of massacres and terrorism in Italy, and the subsequent process of globalisation, which however placed our country on the sidelines in a new phase of history. Barbagallo brings us up to the present day, with the unstoppable rise of the Asian powers and the culmination of the IT and financial revolution, as Italy comes face to face with a lengthy economic and social decline that appears to be throwing even our democratic practices into crisis.

The author recounts the civil and economic history of the country, with political passages interspersed with those of a more social, production-related bent, and those that speak of customs and culture.

Everything is recounted as opposed to recited, explained and not simply declared with arrogance and conceit; as such, Barbagallo’s “Six lessons from history 1943-2018” constitute an invaluable synthesis that enables the reader to gain a better understanding of the present, restoring a sense of perspective when it comes to the future. Francesco Barbagallo has written a fine and useful book, well worth reading from cover to cover and keeping on your desk.