“La storia siamo noi” (We Are History). Given this, history should be studied more and better. Space also has to be set aside for the philosophy underpinning the meaning, value and motive behind choices 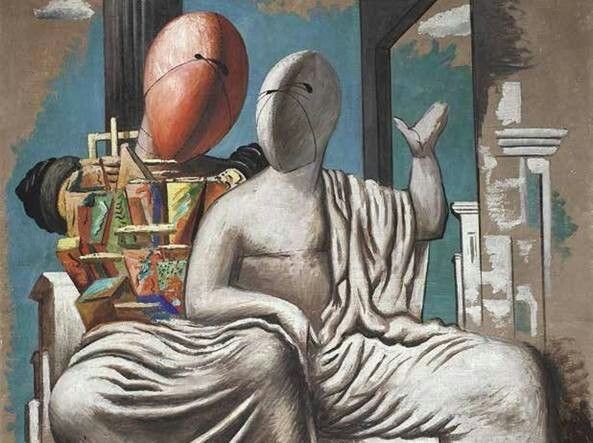 “La storia è un bene comune. La sua conoscenza è un principio di democrazia e di uguaglianza tra i cittadini” (History is a common good. Understanding history is a democratic and egalitarian principle for all citizens). The appeal launched at the end of April by author Andrea Camilleri, historian Andrea Giardina and Senator for Life Liliana Segre calls for dedicating more time to history, both in school and university curricula, as well as on the high school diploma exam. The plea has already been endorsed by more than a thousand people, among which historians, artists, scientists, women and men from the cultural, show business, publishing and finance sectors. They continue to gather signatures (the complete list is on the La Repubblica website and newspaper). Almost simultaneously, the “Manifesto per la filosofia” (Philosophy Manifesto) initiative was launched by two upper secondary school teachers, Marco Ferrari and Gian Paolo Terravechia (reported in Corriere della Sera on 30 April). It has already been endorsed and supported by a significant number of teachers as well as leading personalities from the cultural realm. The request is for more hours for philosophy lessons – not just in upper secondary schools but also in vocational institutions – and for philosophy to be included as a subject on the high school diploma examinations.

There is a clear connection between these two initiatives and positive impacts: a commitment to knowledge, studying to address questions on the meaning and purpose of our existence as people of conscience, refining the tools that aid in thinking critically on all matters relating to our humanity. Philosophy (in the words of Kant) is ‘the teleology of human reason’ or, that which gives meaning and explains the purpose of knowing and acting, enabling us to be fully aware as we understand and decide what to do. History, aside from the triviality of being magistra vitae, ‘is non-uniform, non-homogeneous critical knowledge that refuses to conform and exists through dialogue. Historians have their own political ideas, but these ideas need to be tested against documentary evidence and debate, so as to compare them with the ideas of others and commit to their dissemination,’ states the appeal made by Camilleri, Giardina and Segre).

We are living in miserable times, a period of furious and fleeting passions, of enraged emotions and thoughtless resentment, of rhetoricians and demagogues who use distress and fear as a bargaining chip to gain an electoral consensus that is full of resentment and lacking in concrete prospects. There are vulgar diatribes against scientists and people for whom knowledge and competence are the fundamentals of life and are their tools for work as well as for their social and civil engagements. Ignorance is flaunted, accepted, cradled, prized. Critique is mocked. It is considered an intolerable incivility.

The appeals regarding history and philosophy also demonstrate a willingness to raise heads above the parapet once again and to not accept the decline in public debate and the erosion of the fundamental reasons for living in a civil society.

Hence, history and philosophy should be studied better. We should want to know. We should learn to discern. We should rebalance the rhetoric. We must develop the ability to think critically about the meaning of things and the reasons for choices. Therefore, we cannot give way to those who raise their voices, their hands or even just spout nonsense in the hope that nobody will question them. Instead, we can play the card of competent disagreement and of irony, why not? Anyone who knows recent history knows who Leo Longanesi was: a learned man, extraordinary journalist, irreverent spirit and annoyingly awkward contrarian. He coined the phrase “Mussolini is always right”. It was an ironic remark, a tease aimed at the rhetoricians who spoke up for Mussolini and a beneficial dictatorship. But those rhetoricians, with their lack of intelligence and capacity for critical thinking, took him seriously. And we all know how that ended up and the damage they caused Italy and Italians, which ranged from the lack of freedom to the infamous racial laws and the disasters of the Second World War. These are pages in history that should never be forgotten.

Indeed, we need more history if we consider how world events have evolved and in light of the complex and strongly resisted construction of Italy’s heterogeneous national identity (open and multifarious, and therefore strong). We need more philosophy to tackle the many questions posed by the contemporary processes of science, technologies and economics.

And what’s more, philosophy is amongst the main subjects that have been taught for years at the top Italian universities, such as the Politecnico of Milan and Turin, as well as at the Grandes Écoles of engineering in France. Anyone who reads this blog will know how much recurring attention we’ve dedicated to the “philosopher engineers” as an essential human resource for companies dealing with technological and market complexities. The need is strong for our economy, which was founded on the concept of “beautiful and well made”. It would strengthen its competitiveness through the genuine ability, which we Italians are particularly good at, to combine humanistic knowledge with scientific know-how.

Ours is the culture of beauty and knowledge. As Carlo Levi taught us, the future has an ancient heart. The memories in our books, in our historical and corporate archives, are similar to the tools that instigate designing and implementing change. “La storia siamo noi” (We Are History) borrows a phrase from one of Francesco De Gregori’s most beautiful songs, which speaks of the importance of being fully aware.