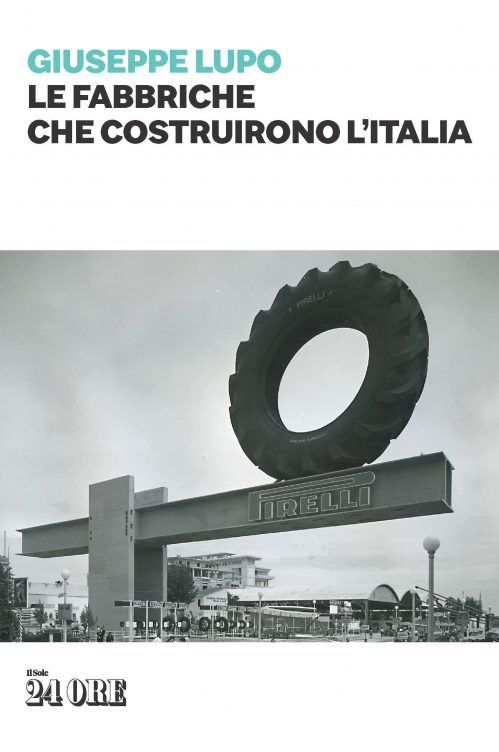 The present is inspired by the past and also uses it to look to the future. Factories, offices and spaces that were once alive remain so today, but in a different way. Italian industrial culture, as it really wants to be called, must reflect on this. Not with regrets or nostalgia, but with great objectivity (and perhaps a touch of gratitude). This is one of the possible interpretations of “Le fabbriche che costruirono l’Italia” (The factories that made Italy), a wonderful book by Giuseppe Lupo, a compilation of a series of reports from around the country, telling the story of the factories that shaped today’s Italian society, as the name suggests.

Lupo’s literary journey (and it was an actual journey because it took place between July and September 2019), takes in many symbolic places, suggesting a concept of modernity that can’t be forgotten. The author describes industrial sites in Settimo Torinese, Genoa, Arese, Rescaldina, Sesto San Giovanni, Bagnoli, Pozzuoli, Torviscosa, Porto Marghera, Ivrea, Terni, Valdagno and Turin in short easy-to-read chapters. Each site is linked to a company name that has made national industrial history and is very often still at the forefront of the economy. Lupo describes factories that are still operational and others that are no longer in use, he describes service stations, workers’ villages, urban structures and abandoned areas. He uses two invaluable tools to do this, what he sees and what 20th century culture has produced. Everything is enriched by a refined sensitivity that does not surrender to rhetoric.

The result is an easy read, but one that touches on complex and difficult issues. It points a finger at the “forgetfulness” of many and reminds us that we must remember history because it is still useful to everyone today. In this way, Lupo recaptures the physical, economic and productive aspects as well as a “moral dimension”, as he writes himself, that can’t be lost. What emerges is the identity of an Italy that has been able to modernise in a short space of time.

Lupo writes well and is easy to read, he writes like a true journalist, capable of making himself understood, and as an authentic scholar, capable of conveying the profound sense of places with a virtually unique way of life. It’s a must-read.

“Le fabbriche che costruirono l’Italia” The factories that made Italy