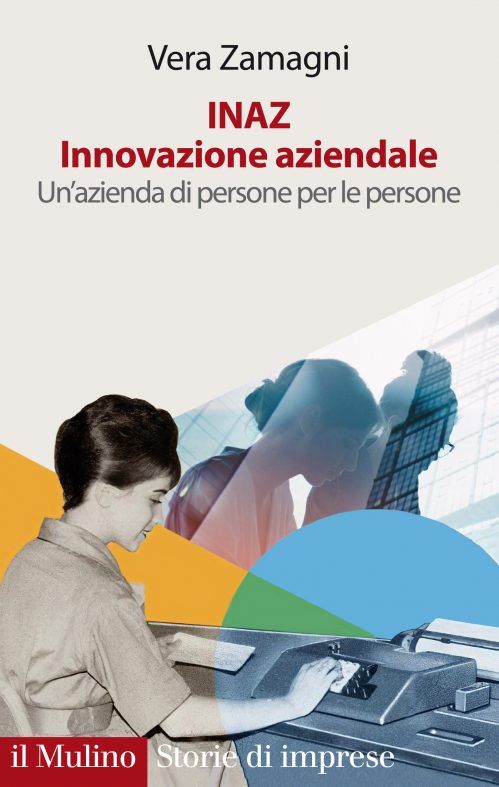 The history of INAZ, as narrated by Vera Zamagni, outlines a model but also new prospects of good corporate culture

Resilience, rather than mere resistance. But also the ability to evolve, without, however, forgetting one’s origins altogether; to employ new technologies, but without overlooking the importance of people. Holding on to familiar roots that, nonetheless, stretch into the knowledge that modernity demands openings, not closures. All this can be found in the history of INAZ, a company founded in 1948 with the aim of offering businesses a new way to manage payroll offices, written by Vera Zamagni (economic historian and discerning expert in Italian enterprises). INAZ. Innovazione aziendale Un’azienda di persone per le persone (INAZ. Corporate innovation. A company of people for people) is a book that begs to be read from cover to cover; it is the story of a company whose vicissitudes can teach a lot to other companies.

Valerio Gilli – a pioneer in the scientific organisation of payroll offices – came up with the business concept, also developed thanks to the fundamental contribution of his wife Clara Calissano, and succeeded in establishing the company just at the right time, thus benefitting from the full social and economic boom period that was sweeping over Italy. Then, in the 1980s, the company went through both a generational and a technological shift, as Gilli’s daughter Linda started taking over its management and electronic tools were adopted. At the turn of the 21st century, Linda Gilli was fully in charge and the company expanded to include what was at first referred to as management of human resources – to become management of human capital – as well as classic “payroll offices”. Today, as we learn from the book, the company is undergoing another generational and technological transformation, as Linda’s children are taking over and the company’s software is being transferred to the cloud.

Over the course of more than 70 years, explains Zamagni, INAZ has become a medium-sized company of “fourth capitalism” – that is, that evolutionary stage of economy and production that arose from previous transformations (corporations, state-owned enterprises and classic, traditional SMEs) and that involves a concept of entrepreneurship and production where profit is not the sole objective. This is in fact what happened to INAZ, which, with a turnover of more than €50 million and over 500 staff, embodies the virtuous example of a family company able to pursue its own idealistic values while effectively upholding corporate civic responsibility. INAZ becomes an emblem, then, that inspires not only Vera Zamagni’s outline of a “corporate model”, but also her analysis of the shift that took place in corporate culture – a shift that is ongoing and whose potential is becoming increasingly obvious.

“An entrepreneur,” says Linda Gilli in the book, “I believe, has the moral duty to create the best conditions in which collaborators can work and also grow as people. Entrepreneurs need to help their employees fulfil their own potential, and promote a sense of sharing, of togetherness; they have to give room to collaborators, listen to them, offer and ask for their cooperation, accept others’ ideas, and always create harmony, in order to foster creativity and innovation. Entrepreneurs need to respect people, develop and make them responsible, train and help them grow – this is the role an entrepreneur must play in a company, with consistency and commitment.” Without, of course, neglecting to make ends meet.