Organisation as a tool for growth 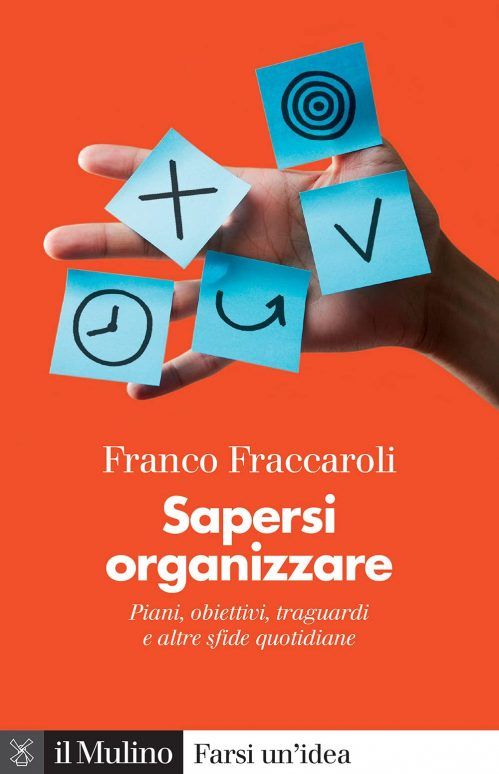 The ability to organise and get organised – a theme essential to all companies, as well as to their employees. A theme that might sound trite, and yet still leaves much room for exploration. Reading the recently published Sapersi organizzare. Piani, obiettivi, traguardi e altre sfide quotidiane (How to get organised. Plans, objectives, achievements and other daily challenges) really helps to understand when and how to introduce some level of organisation (to production or other areas).

Fraccaroli teaches Work and Organisational Psychology at the University of Trento and in his book he very adroitly explains that, above all, when “looking at the current world of production (…),” one can draw attention to “how ways of working are becoming increasingly virtual, mobile, self-managed. As a result of this trend, in future we’ll see fewer ‘people in organisations’ and more ‘organisation in people’. This means that the level of individual responsibility in managing one’s own work has dramatically increased and will keep on increasing.” Hence, organisation is a crucial skill for everyone.

But how to tackle it? Fraccaroli writes that solutions “to keep an acceptable balance between ourselves, what we do and our future” are achievable, and that “self-organisation means to make plans, implement them and try to shape the events of today and what might happen tomorrow in a manner that is acceptable to us.”

Hence, the book starts by analysing the concept of “managing the future”, which turns into a need to “set objectives for oneself” and thus adopt proper solutions in order to achieve them, thanks to expedients such as “learning from mistakes” or involving one’s community when planning, rather than doing it alone, as well as succeeding in managing one’s own time.

In his conclusion, Fraccaroli states that “The ability to get organised means knowing how to build strong mental foundations, using common sense, giving them a well-defined shape, and develop them according to certain priorities (how I would like to be; how I would like my future to be), from which secondary processes will then naturally ensue, such as empowering, collecting feedback, planning, evaluating, taking the initiative, adapting.” He adds, “To us, the ability to get organised is an articulated psychological process that cannot be traced back to a fragmented series of operational tasks.” Therefore, the path towards individual and collective organisation is a rather tortuous one. And a long one, too, along which good corporate culture also grows, and which is much easier to embark on after reading Franco Fraccaroli’s book.