What ethics for what business? 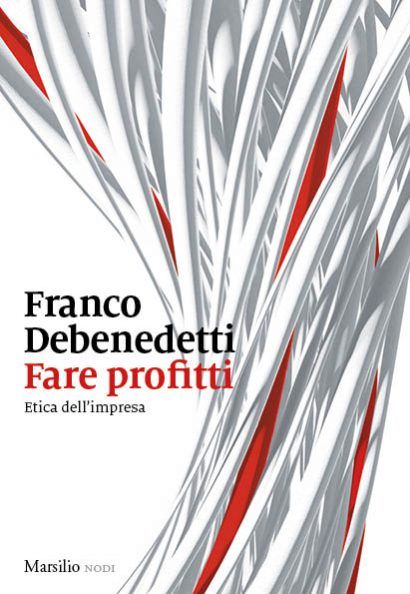 Profit above all else. From which other things will follow, provided the company is run in accordance with ethical considerations, and the rules of good, civilised coexistence. This is the idea that Franco Debenedetti – a director of various companies but above all an astute observer of the realities of the economy and beyond – presents in his work, “Fare profitti. Etica dell’impresa” (Making profit. Business Ethics), which has just been published. It is a book that achieves the goal of making readers reflect on a specific theme, that is the relationship between business profit and the role of the latter in today’s society, where capitalism is once again under the critical spotlight.

Debenedetti’s reflections are framed within the context of the much wider issue that combines the rules of “good” business with those dictated by the observation of the wealth of problems that capitalism seems to generate. Accordingly, the author compares profit as the ultimate goal of production organisations with the other goals that these organisations are increasingly (almost exclusively) set, beginning with corporate social responsibility. This discussion takes place in the shadow of the fiftieth anniversary of the publication of a very famous article by Milton Friedman, who wrote “The only real responsibility of companies is to make a profit.”

Debenedetti, in particular, uses limited (or joint-stock) companies as the focus for his argument, but the points he makes are relevant to the entire economic and financial system.  And he wonders whether, in the face of the crisis and the problems that it is creating, we should throw everything out of the window. The answer is clear: businesses must remain as they are – namely, businesses – while any distortions must be corrected by solid laws and the actions of democracies.

This is a book that reads almost like a story. It begins with a discussion of why making a profit is the same thing as business ethics, according to the author, before moving on to discuss why pursuing such profit should be an activity that is conducted in line with the basic rules of society. Subsequently, Debenedetti turns his attention to the current inequalities that exist, and thus to the key features of the current social system, connectivity and the digitisation of relationships. He then closes with a more in-depth look at recent months and the effects of the Covid-19 pandemic, a period during which the role of business seems to have been reassessed and reconsidered.

Franco Debenedetti’s book is certainly worth reading with care, even though it is somewhat dense and impenetrable. It is a thought provoking book, and while the reader is not obliged to agree with every line, we can nonetheless appreciate the sheer effort put into his analysis and interpretation of history and reality as it stands today.