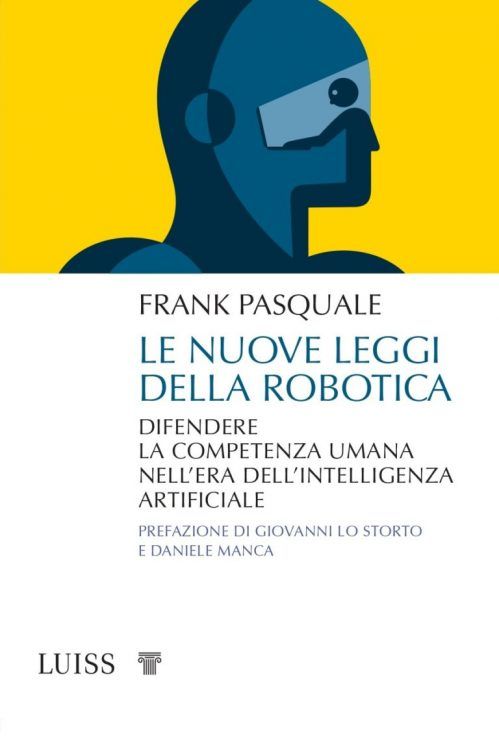 A book that has just been translated into Italian, analyses the world of automation and robots,and outlines a possible future in which humans can still play a role

Where will man’s work end? Will there be room for our species in a working world dominated by increasingly intelligent machines? These are recurring and ultimately crucial questions. This is also true for those who want to construct a different kind of awareness of production organisation. “New Laws of Robotics: Defending Human Expertise in the Age of AI” by Frank Pasquale, recently translated into Italian.

The author begins with an observation: The rapid development of new technologies raises questions and fears for mankind. Other questions can be asked in addition to those already mentioned above. For instance, how can we defend ourselves against the pervasive and sly dynamics of ‘surveillance capitalism’ without sacrificing the smart and targeted monitoring of our security? What would happen to sectors such as education, healthcare or the defence industry if they were run exclusively by algorithms?

Pasquale tries to respond by proposing ‘new laws’ that will have to be applied so that the digital revolution, with its extraordinary possibilities for growth and development, does not become a trap for our species.

But how? The author’s basic idea is that robotic systems and artificial intelligence should complement professionals, not replace them. In other words, robots and machines must not impersonate humanity, fostering the false idea that those who interact with them are relating to a human being; in addition, they must not intensify the arms race; Finally, they must always display the identities of their creators, controllers and owners with maximum transparency.

This is the basis on which Pasquale outlines a possible future where governments, businesses and ordinary citizens can create something better, where technologies are inclusive, democratic and able to reflect the commitment and hopes of everyone, as workers and citizens, and not just as consumers.

How feasible this really is, depends of course on men themselves. In other words, Pasquale indicates a potential horizon, not the certainty of getting there.

New Laws of Robotics: Defending Human Expertise in the Age of AI