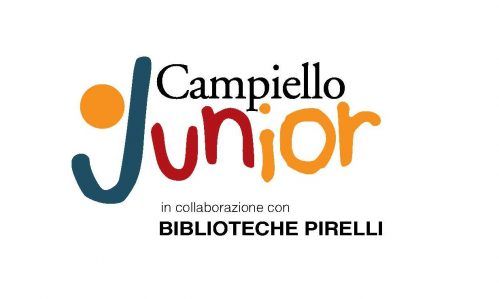 For the second year running, Pirelli is supporting the Premio Campiello, the prestigious literary award set up in 1962 for works of Italian fiction. The renewed partnership with an institution that, throughout its long history, has built up a strong relationship between the business world and that of culture reaffirms Pirelli’s commitment to promoting reading. This can be seen in particular in the three company-run libraries in Bicocca, Bollate and Settimo Torinese, and in its support for cultural projects and events.

This year, the Pirelli libraries, together with the Fondazione Campiello, have launched a new award for children and young people, in the belief that reading plays a key role in the education of the young. The award is the Premio Campiello Junior, which is being launched in its first edition for Italian works of fiction and poetry, open to children between the ages of 10 and 14.

The rules and full details of the competition ere published on the website of the Premio Campiello. The selection of the three finalists will be made by a jury of experts in children’s literature and specialists in the sector. The writer Roberto Piumini will be called upon to chair the jury, which will consist of Chiara Lagani, actress and playwright, Martino Negri, lecturer of didactics of literature and of literature for children at the University of Milano-Bicocca, Michela Possamai, lecturer at the IUSVE University of Venice, and former member of the Campiello Giovani jury, and David Tolin, bookseller and president of ALIR.

The real protagonists, who will be called upon to choose the winner of this first edition of the Premio Campiello Junior will, however, be young readers from across Italy: a popular jury consisting of 160 children in their last year of primary school or in their three years of lower secondary school. The winner will be announced in May 2022 and celebrated in September during the 2022 Campiello award ceremony.

Together with the Premio Campiello, the Pirelli Foundation is planning an occasion packed with events and surprises for all the young people in the jury and for all the enthusiastic young readers. There will be a series of initiatives devoted to the world of books and publishing for children, in which the finalist authors will also take part. The events will be announced over the coming months. To keep abreast of what is going on, you can subscribe to the Pirelli Foundation newsletter.