Economics and beyond. What has happened? 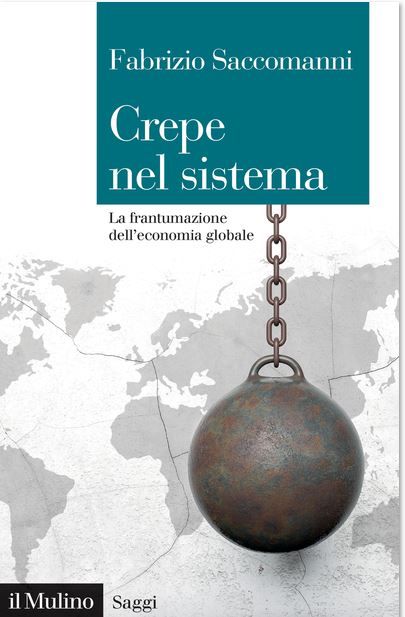 Global risks. The concept has now become part of the everyday lexicon of entrepreneurs and  managers  but also that of ordinary people. However, it must be used appropriately and above all, its true mean and the various methods of its manifestation must be understood.

This is where reading the latest book by Fabrizio Saccomanni – “Crepe nel sistema” (Cracks in the system) – comes in.  The book has just been published and it is the result of the author’s experience with the Bank of Italy and also as Minister for the Economy and Finance and before that in institutions such as the International Monetary Fund, the European Bank for reconstruction and development, the Bank for International Settlements, the European Central Bank.

Saccomanni starts his reasoning with an observation: “The crisis was a real earthquake for the world economy and has left behind a “swarm” of political, social, economic and financial tremors, which are still under way. The structure of international cooperation, with its institutions and its rules, has been seriously compromised. Deep cracks threaten the stability of the international cooperation system. But the crisis was not a “scourge of God” due to bad luck. It was the result of errors of judgement and response on the part of the authorities in charge of economic and financial policies and politics  tout  court  “.

In other words, the legacy of the 2008 crisis has resulted in inadequate growth, unemployment, inequalities in income distribution, the collapse of public investment. The countermeasures taken by governments have been ineffective overall. The implosion of the financial system was averted, but both the structural nature of the crisis and the serious social and political consequences that it would cause were underestimated. Late, partial responses have been given, which are not coordinated at an international level, while opening the way for the commercial and financial protectionism, undermining the role and functions of the multilateral cooperation institutions. The consequence of all this, for Saccomanni, is summed up in the risk of seeing the castle of international cooperation collapse and thus see the corresponding risk of global economic system fragmentation heightened. With all the necessary consequences.

Saccomanni, painstakingly explains all this, yet with a plain and understandable language, dividing the book up into two distinct parts. “In the first – the author explains -, the consequences of the crisis management strategies” are analysed; in the second, “certain specific issues are covered”: the role of currency, that of the European Economic Union, the aspects linked to what is referred to as  fintech,  the European financial regulation affair.

The topics tackled by Fabrizio Saccomanni are not easy and are often made even more difficult (and incomprehensible) by a language that does everything possible to alienate the reader from the true understanding of what he or she is reading. Saccomanni instead succeeds in explaining the crucial steps for all of us in a clear, understandable and accurate way. Mixing economics and history, news and personal experience, the author takes the reader by the hand and leads him or her to see up close what has happened in the world in recent years. A good read for good culture (also business).