How to get out of trouble 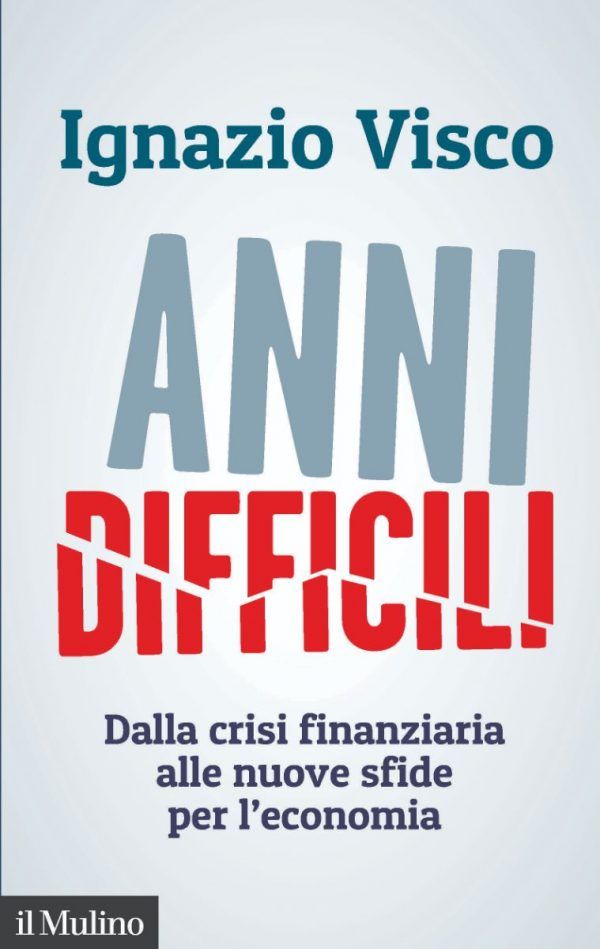 Having reliable knowledge of the progress made and what remains to be done is good for everyone, even for companies and for those who governs them. And so is thinking not only about individual paths but collective ones as well.The latest book by Ignazio Visco is a good aid in this direction.

In his latest literary effort, Visco studies those which the title itself identifies as being “difficult years”, the “hardest” – according to the author – that the country has gone through in its economic history during peace time, years marked by a double recession, the first one caused by the global financial crisis and the second by the sovereign debt of the euro zone.

Then Visco – on the basis of his being an economist and governor of the Italian central bank -, explores the causes of this long critical period, focusing on the heavy legacy weighing on public accounts, bank balances, the labour market, the structure of the production system, and he then focuses on on the challenges to face in order to make our economy more dynamic and resilient.

All the while focusing not just on the situation “at home” but also and above all “away from home”. The context in which the analysis is conducted, in fact, is the one that sees the phenomena to govern on a global scale: the increasing integration of markets, rapid technological progress, immigration, finance- these cannot be managed within the narrow national boundaries.

So there is an important indication on the whole: there can be no development in isolation.

And also an indication of the actions that can be taken: the general removal of obstacles to business activities, to innovation, to the proper allocation of resources.

Visco’s book has the great advantage of speaking clearly and precisely and above all of containing a positive outlook, which is illustrated in particular in the last pages with the analysis of the bonds between knowledge and development, between culture and progress (also economic but not just economic).”In a world that changes so unpredictably, where randomness and lack of linearity play a crucial role, which which are not, for the most part, independent of the same human decisions (…), in which knowledge is it a good idea to invest?” Visco asks, and continues: “In Italy there is certainly the need to overcome once and for all the barrier that has long separated what is referred to as the “humanistic” culture, to be valued, from the “technical-scientific” one, in which to invest. A barrier that continues to weigh in discussions on youth training”. So Visco emphasises: “Along with traditional knowledge, we now need to cultivate a new set of skills, which also serve to cope with unprecedented situations, such as exercising critical thought, the problem-solving skills, the ability to communicate.”  Technical and humanistic culture together, then, as a the right combination to overcome the economic crisis. Also a critical culture (Visco quotes wonderfully Federico Caffè who loved to recall the importance of cultivating doubt), but still global and not constrained by artificial constraints. That very culture which Ignazio Visco’s “Difficult Years” is an example of, to be read attentively.

Anni difficili (Difficult years). Dalla crisi finanziaria alle nuove sfide per l’economia (From the financial crisis to the new challenges for the economy)