Mechanical Eyes and Digital Robots: The Pirelli Foundation at the 12th Festival of Educational Robotics 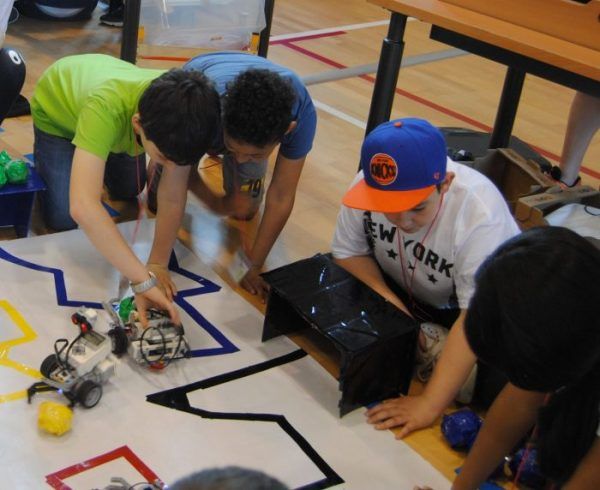 For the third year running, Pirelli and the Pirelli Foundation are giving their support to the Festival of Educational Robotics. Now in its twelfth edition, it will be held on 17 and 18 May at the University of Milano-Bicocca.

The project has been devised by the Amico Robot network of schools in Milan and its province. It is sponsored by the Department of Human Sciences for Education and illustrates the potential offered by the innovative teaching methodology of Educational Robotics, which uses little robots as tools for learning disciplinary and transversal skills. The Pirelli Foundation will be present at the Festival with a stand to introduce children, young people, teachers and visitors to Pirelli’s innovation and research.

The Festival will also be an opportunity to illustrate the educational courses organised by Pirelli Foundation Educational, which are inspired by new technologies and which have been created to introduce scientific and technological culture to promote road safety and sustainability, also among the youngest pupils.

On Friday 18 May at 1.30 p.m. in lecture hall U16-11, there will be a meeting on the subject of “Mechanical eyes and digital robots for safe, customised tyres: Discovering Pirelli’s innovative technologies”, organised by the Pirelli Foundation. It will be held by engineers from the Research and Development department, who will describe Pirelli’s design of cutting-edge robotic systems. The talk will concentrate on Automatic Visual Inspection (Controllo Visivo Automatico – CVA), the automatic system for inspecting tyres that won the 2016 Oscar Masi award for industrial innovation, and on the Modular Integrated Robotized System (Next MIRS) for manufacturing customisable tyres. The design and creation of robots large and small is the focus of the Festival, in which the students themselves will play the lead role.

The first day will be devoted to exhibits, with the presentation of one or more robots on the stands set up by kindergarten and primary-school children. The robots will interact with the settings created by the children as well as with the visitors, involving them in games and activities. The highlight of the second day will be robot competitions for lower-secondary schools, which will illustrate the students’ problem-solving and teamwork skills, demonstrating best practices in robotics at school. From “penalty-shooter robot” to “rescue team”, the automatons made by the kids will battle it out to win the final prize.