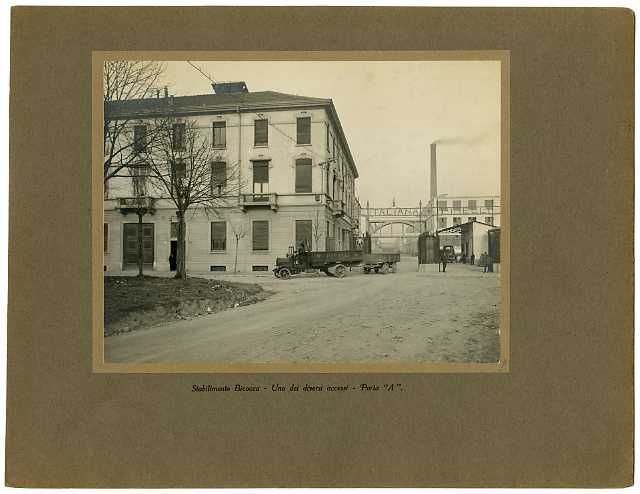 The exhibition entitled Industrial Italy, 1920–1960, which has recently ended in Saint Petersburg, was organised by the Italian Cultural Institute of the city and by the Central Institute for Cataloguing and Documentation (ICCD) of the Italian Ministry of Cultural Heritage and Activities and Tourism. Curated by Francesca Fabiani, the exhibition retraced the history of Italian industrial development from the 1920s to 1960 as seen in the photographs by Girolamo Bombelli. As the curator explains, “The photographs in the Bombelli Collection paint a picture of an industrious Italy, grappling with the initial forms of large-scale entrepreneurship, which witnessed the emergence of some brands that later became the stuff of legend: Martini & Rossi, Pirelli, Bassetti, and many others.” In actual fact, by the early 1920s Pirelli was already a well-established multinational corporation, and in 1922 it celebrated its 50th anniversary.

Indeed, much of Bombelli’s work for Pirelli involved these 50th-anniversary celebrations. An initial study of his industrial photography by Valeria Bianconi – which culminated in a degree thesis entitled “A concrete example of industrial photography in Italy: Pirelli and its Bicocca facilities in the Bombelli-Cattaneo Collection of the ICCD” – made it possible to attribute to Bombelli a series of photographs now in our Historical Archive. This collection of photographs, which was formed in 1922, comprises two loose-leaf albums devoted to the factories and production, and two albums with photos of Pirelli’s rubber tree plantations in Indonesia. With their 18 x 24 cm photographic prints mounted on card, the two albums, which are entitled “The factories of the Pirelli company in 1922”, contain views of the exteriors and departments of the two Pirelli factories in Milan (in Via Ponte Seveso and Bicocca) for the production of miscellaneous items, tyres, and cables. The last section is devoted to services (the shipping warehouse, fire brigade, infirmary, and so on). The photographs have a caption on the card concerning the subject, and some of these pictures have also been found in the archive of the photographer Spartaco Zampi of Udine, who worked in Milan between 1916 and 1918.

Unfortunately, little is known about Girolamo Bombelli’s relationship with Pirelli. Born in Milan in 1882, his work was closely tied to that of the Alfieri & Lacroix graphics company, which was founded by Emilio Alfieri and Edoardo Lacroix in 1890, and which went on to become one of the greatest printing companies in post-war Italy. During this period, Bombelli presumably opened his studio at the headquarters of the publishing and printing company – as confirmed by the stamp on the back of some photographs now in our Historical Archive, which indicates the address as Via Mantegna 6 in Milan – providing photographs for publications.

From the 1910s, the Alfieri & Lacroix company printed many publications for Pirelli & C. (catalogues, price lists, postcards and company brochures), and in 1922 it also printed the Jubilee volume entitled “Pirelli & C. on its fiftieth anniversary”, which was one of the projects to mark the event, and which included some photographs by Bombelli. The photographer continued working with Pirelli in the 1920s and 1930s, shooting photographic reports on the interiors and exteriors of factories, subsidiaries, and stores. These photographs convey memories of the company, of its products, and of modern industrial work, symbolically representing the very essence of progress.