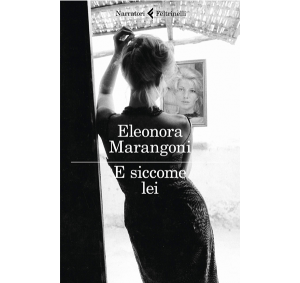 A great actress of Italian and international theatre and cinema, and the inspiring muse of Michelangelo Antonioni. In E siccome lei, Eleonora Marangoni portrays Monica Vitti in all her many facets, with memories, images and stories of her more than thirty-five-year career in theatre, cinema, and TV. A wonderfully orchestrated story that creates a portrait of Monica Vitti through fifty films, in which her complexities emerge from the numerous female roles she has played: the girl with the gun in search of revenge in Monicelli’s film, the tormented protagonist of some of Michelangelo Antonioni’s finest films, Joseph Losey’s femme fatale, and the sardonic interpreter of Italian comedy. The cover of the book is also adorned with a stunning photograph that was published in 1961 in Pirelli magazine, illustrating an article by Fabio Carpi devoted to cinema.   E siccome lei Eleonora Marangoni Feltrinelli, 2020