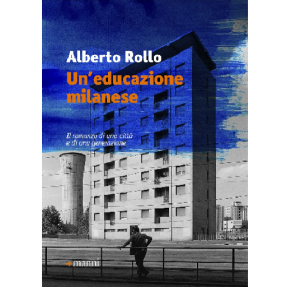 This book by Alberto Rollo tells half a century of Milan's history through the author's memories – an autobiography that also becomes the narration of a city in constant evolution. The upbringing Rollo mentions in the title refers to the working culture he learned from his father, a labourer and a communist, and from workshops and factories that were almost seen as sacred sites in an industrial Milan that, even in summer, “smelled of hot steel and cooling oil. A smell that mingled with the strong, acidic one of handwash paste.” Rollo's stories begin in the 1950s, when his family lived on Via Mac Mahon, and continue throughout his youth, in the 1960s and 1970s, when together with his friend Marco, he discovered Milan as a different city, brimming with culture, theatres, universities and also student political struggles, rather than with just factories. Un’educazione milanese (A Milanese upbringing) Alberto Rollo Manni, 2016