The Pirelli Foundation for the Compasso d’Oro 2020 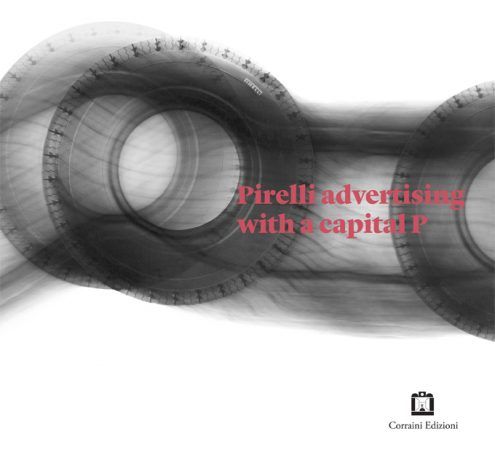 Advertising with a Capital P, the editorial project curated by the Pirelli Foundation, with graphic design by LeftLoft, and published by Corraini Edizioni, is a candidate for the 26th Compasso d’Oro, the top award for Italian design set up in 1954 and organised by the Italian Industrial Design Association (ADI). Devoted to Pirelli visual communication from the 1970s to the 2000s, the book examines the evolution of advertising strategies, techniques and languages in the shift from analog to digital technology: from the advertisements of the 1970s and 1980s created by the in-house Agenzia Centro to the global campaigns of the 1990s with endorsers from the worlds of cinema and sport, such as Sharon Stone, Carl Lewis, and Ronaldo.

The history of the Compasso d’Oro has been intertwined with that of Pirelli ever since the award was launched: indeed, the very first prize, in 1954, was won by a Pirelli product – Zizì, the little toy monkey designed by Bruno Munari and made by the subsidiary company Pigomma. The design was hailed for its “formal essentiality” and for its “typical use of the material”, which was foam rubber, used for the first time in the production of a toy. Over the years, other products from the diversified sector of Pirelli – which, together with tyres, also produced cables, technical items, and countless articles for consumption, sport, and leisure – won the prestigious honour, combining technological and design innovation. One example is the polyethylene jerry-can designed by Roberto Menghi and made by the Azienda Monza of the Pirelli Group, which was already on display at MoMA in New York in 1961. This is but one of the items that bear witness to the history of Pirelli in the field of industrial design, now preserved in the archives of the Pirelli Foundation. And the Foundation itself became part of the history of ADI and of the Compasso d’Oro, with its projects to promote this rich company heritage. In 2012, Rubber Soul, an exhibition at Triennale Milano curated by the Foundation, which told the story of Pirelli technology in the field of rubber applied to clothing, was included in the ADI Design Index, the annual selection of the finest Italian design compiled by the ADI Permanent Design Observatory. All of which brings us to today, and to a history of communication “with a capital P”.