Pirelli and the Compasso d’Oro: Stories of Design 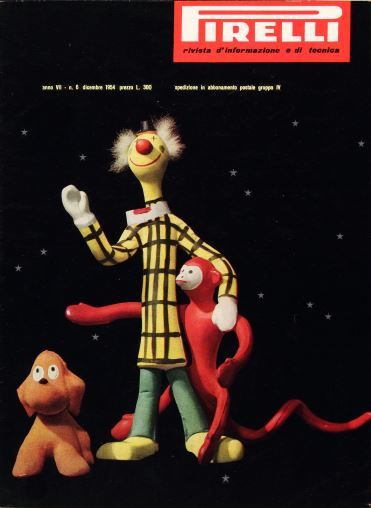 Going through the list of winners of the first edition of the Compasso d’Oro (1954), the prestigious award for industrial design, we find manufacturers of furniture, household appliances and sports and leisure products. But we also find Pigomma Srl, a toy manufacturer, which received the award for Zizì, the little monkey designed by Bruno Munari. One little-known fact about this is that behind this diminutive company is one of the greatest Italian multinationals: the Pirelli Group. Pigomma is actually just one of a whole constellation of Pirelli Group companies and affiliates in the sector of diversified products. This was the company’s first area of production when, in the 1870s, it started with technical and consumer items in rubber. The cables and tyres sectors came only some time later.

In the golden age of industrial design in Italy, at the time when the Compasso d’Oro awards were launched and developed, the diversified products sector of Pirelli grew exponentially, ultimately reaching into almost every branch of industry, sport and leisure, with articles made in a whole variety of synthetic and plastic materials, as well as rubber. Since that first honour, received in 1954, the history of Pirelli has crossed paths with the Compasso d’Oro on many occasions. In 1956, one of the winners of the award was the Cifra 5, an electromechanical flip clock designed by Gino Valle for Solari in Udine. A few years later, in 1964 – after winning another Compasso d’Oro, in 1962, for the split-flap displays for airports and stations, also designed by Valle – Solari became part of Pirelli’s Diversified Products Sector, which in those years was also expanding out into electronic and electromechanical equipment.

Also in 1964, the jury of the Compasso d’Oro gave the award to an important project for Milan: its first Metro line, the 21-station Linea Rossa, which linked Sesto Marelli to Lotto. Pirelli, and in particular its affiliated companies in the diversified products department, contributed to this project with a number of technical products for the escalators, pipes, and air conditioning and heating systems. But one product stood out, for it did much to create the image of the Metro stations: this was rubber-stud flooring, the first time rubber had been put to this use in any European underground railway system, and it is still used today in many stations. One important feature of the interior design of the Metro was the signage, for which the architects Franco Albini and Franca Helg, and the graphic artist Bob Noorda, were awarded the Compasso d’Oro. The grounds for the award were given as “the technological and dimensional organisation of the indoor surfaces of the various settings and the contrasting use of materials.” The rubber-stud flooring was produced by Società del Linoleum, founded in 1898 and an affiliate of Pirelli, devoted to the production of tough flooring solutions (floors in Pirelli rubber, Linoleum, Prealino, reinforced vinyl, and moquette), which became popular for use in public and private buildings, cinemas and theatres, as well as on ships in the post-war period. Another story in a sense linked to the Compasso d’Oro also involves Linoleum. In 1929, the company launched what might be considered as the Pirelli Group’s first company magazine: Edilizia Moderna. The magazine, which was devoted to architecture and furnishing, immediately became one of the leading voices in the cultural debate in the world of architecture and urban planning, together with the most important magazines of the time, Casabella and Domus (partly thanks to Leonardo Sinisgalli, the head of advertising at Linoleum in 1936 and 1937). Its role continued over the years, and indeed the Compasso d’Oro of 1967 went to the monographic issue of the magazine devoted to design and to the profession of designers.

Lastly, this overview of the Compasso d’Oro awards that in one way or another involve Pirelli would not be complete without mentioning the awards for lifetime achievement given to the great names of Italian design: Giancarlo Iliprandi and Enzo Mari in 2011, and Alessandro Mendini in 2014. All three worked with Pirelli and with its “Propaganda” department, which in the 1950s and ’60s was an amazing hothouse of creativity for generations of graphic artists and designers. While working in the Studio Brunati-Mendini-Villa, Alessandro Mendini created a number of advertisements for Pirelli tyres in 1958. In 1963, a very young Enzo Mari created the packaging for the Amica hot water bottle designed by Roberto Menghi. In the early 1960s, also Giancarlo Iliprandi worked on advertisements for a number of Pirelli products, from scooter tyres to the adhesive tape made by the affiliate company Ades Sint.

The history of Pirelli and the Compasso d’Oro still continue. The Pirelli Foundation as been acknowledged by ADI, the Italian Industrial Design Association, as one of the institutions of the finest Italian design, for its important projects to promote Pirelli’s historic heritage. These are the Red Dot Design Award 2013 for the Rubber Soul exhibition, the nomination of the Pirelli Advertising with a Capital P publishing project for the 2020 Compasso d’Oro, and the nomination of the project “Skyscraper Stories” for the 2020 ADI Design Index. 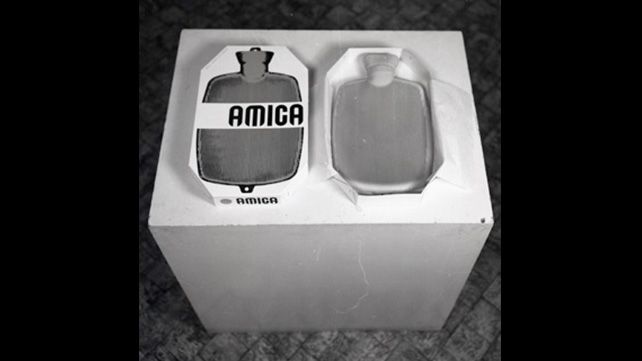 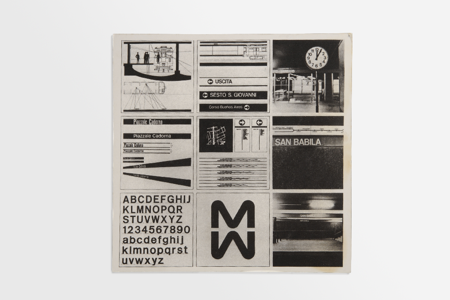